Knebworth’s Imogen is made county captain 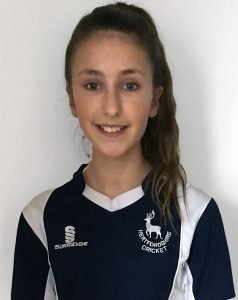 Knebworth Park are delighted that Imogen Lightning, one of its up and coming stars, has been appointed the Hertfordshire U13 Girls captain for the 2018 season.

Imogen has been playing at Knebworth for a number of years and has been a key member of not just the girls’ squads but being a pivotal member of the boys side too.

Imogen’s election as county captain comes about following her quality performances in last season’s U13 county side as well as the improvements seen over the winter training sessions.

“She is a much-liked member of the squad and has a great work ethic.  This season she has been appointed as captain of the U13s as a reward for all her hard work.”

Imogen is just one of an excellent number of Knebworth’s girls who will be representing Hertfordshire this season.  The full list is: