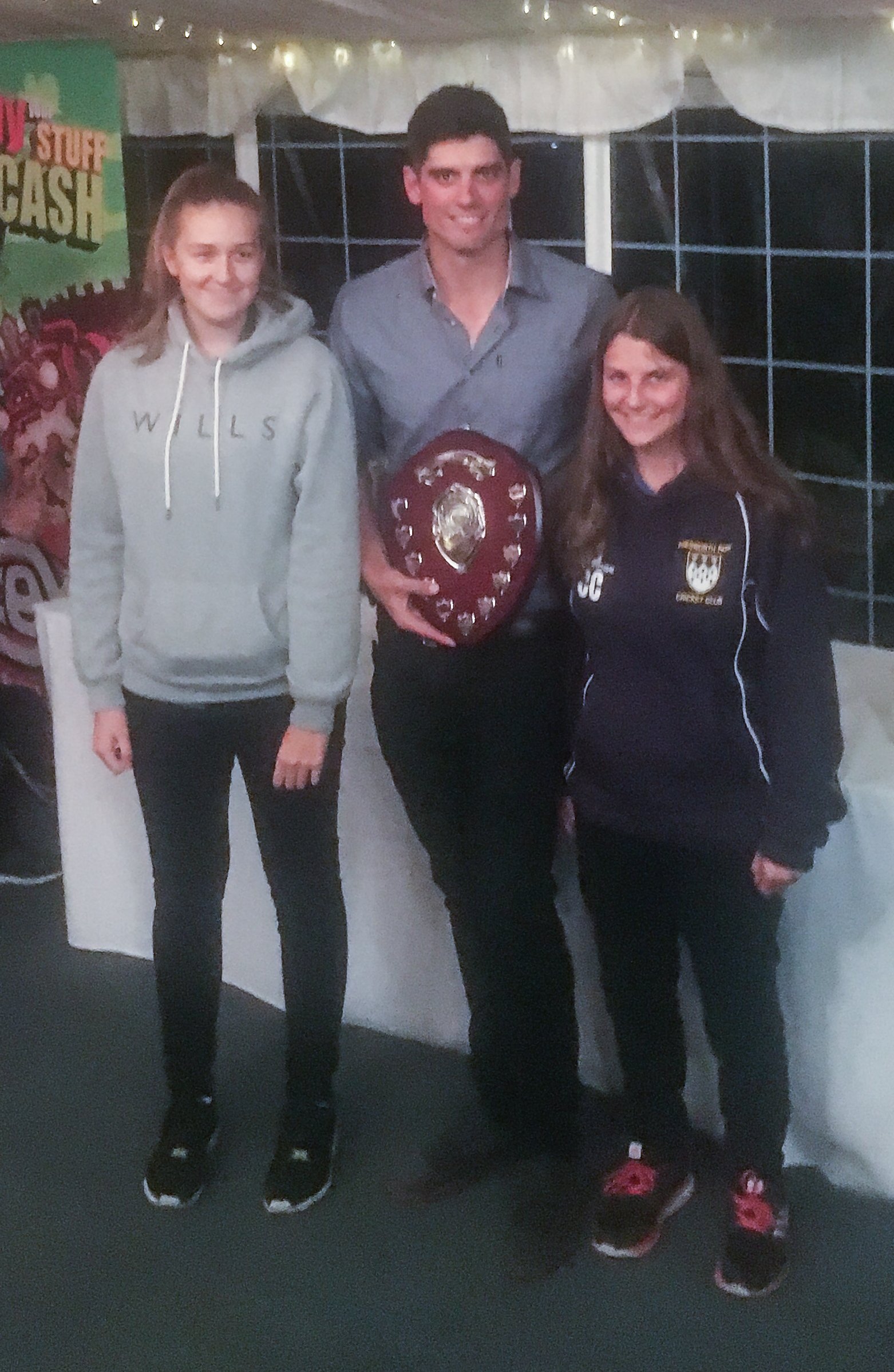 In what was a good year for the Park’s juniors, two events have taken place recently in which their successes have been recognised.

On the 22nd September, the Herts Junior League held their presentations at Shenley Village CC with the trophies for the winners being re-presented (they were originally handed out on Finals day back in July) by Alastair Cook.

The picture above shows Catherine Cirkel and Charlotte Banks with Alastair following KPCC U17 girls winning the final hosted at Knebworth.  The win means KPCC have won the league for 2 out of the 3 years it has existed.

In the U11 8-aside, Knebworth had a super league campaign winning 9 from 10 matches (the other was abandoned) and then went on to beat Berkhamsted in the semi-final.  However, unfortunately the side lost in the final against a strong Chorleywood side.

In the U9 Incrediball league, the Park’s side did superbly winning 8 from 9 games.  They then went on to play against Harpenden in the quarter-finals but found the opposition too strong on the day.

The U14A side also just missed out on finals day.  Having finished 2nd to Hitchin in their league (with 6 wins from 8), the KPCC side played Bushey in the morning semi-final and, despite a spirited performance from the side, Bushey proved just too strong on the day.

On Sunday 17th September, the Park had it’s junior presentations evening.  The following players were recognised as worthy award winners.