Join our cricket and music celebration for Nick Simpson 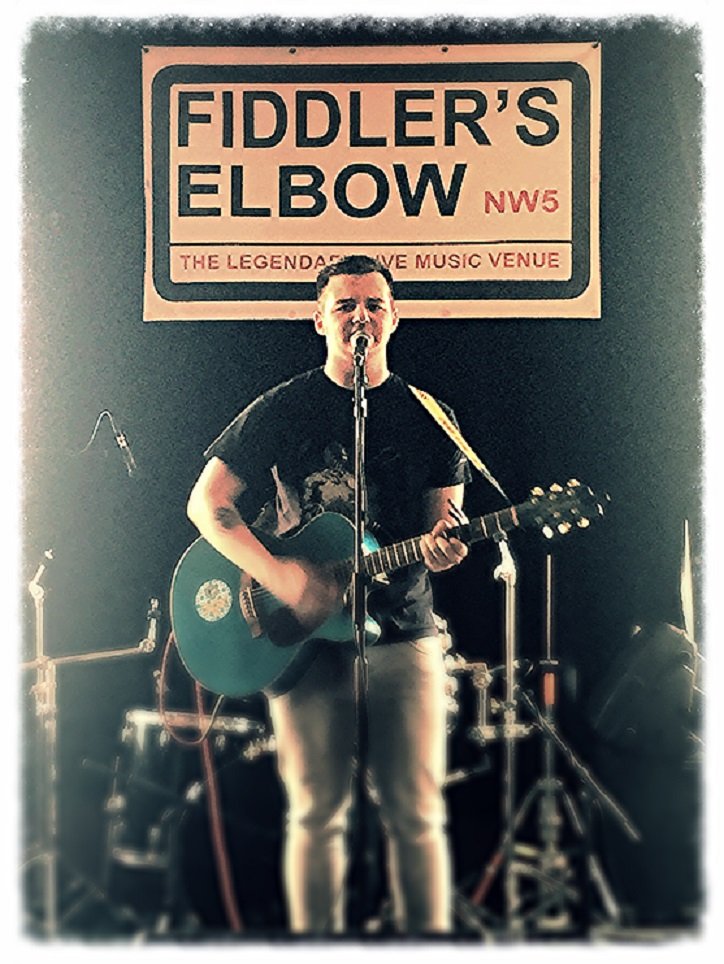 It may not be Glastonbury but then Glastonbury doesn’t have cricket or a fabulous location or a bar like Knebworth Park Cricket Club, but the first act has been announced for the MusicFest at the Nick Simpson Memorial Day on Bank Holiday Sunday 27 August.

After the T20 match for the Nick Simpson Memorial Trophy, the live music starts at 5pm with the first act being Shaun Clark, pictured. He’s an acoustic folk singer, who is a frequent and popular performer at venues around North Herts.

This is from Shaun’s website: “Starting out in 2011 doing open mic nights and small one off gigs every couple of months, I had a slow beginning to my career as a musician. As of the Summer of 2014, all changed for myself as the gigs started to roll in. It has taken its time coming, but after 5 years of working and creating my own image, I can now say I have surpassed the 100 gig milestone and well on the way to 200 (Lets hope it doesn’t take another 5 years) would not class these two as my only inspiration towards music, they are the main artists I have listened to and created my own style around the joys and fun I have had listening and watching the acts.”

Stand by for further announcements of the other acts that are being lined up for this special day.

For those who weren’t around at the time, Nick Simpson was a teenage fast bowler who had just broken through into the first team – and the full county squad – in 2007 when we last reached the Herts County Cup Final. Sadly that was his last game he played as he was taken from us far too early. It’s fitting that ten years on, we are again in the county final.

This memorial day is held each year in his memory – and the current pavilion clock also acts as a lasting memorial.

This is a day for everyone – please let your friends and family know and bring them along.