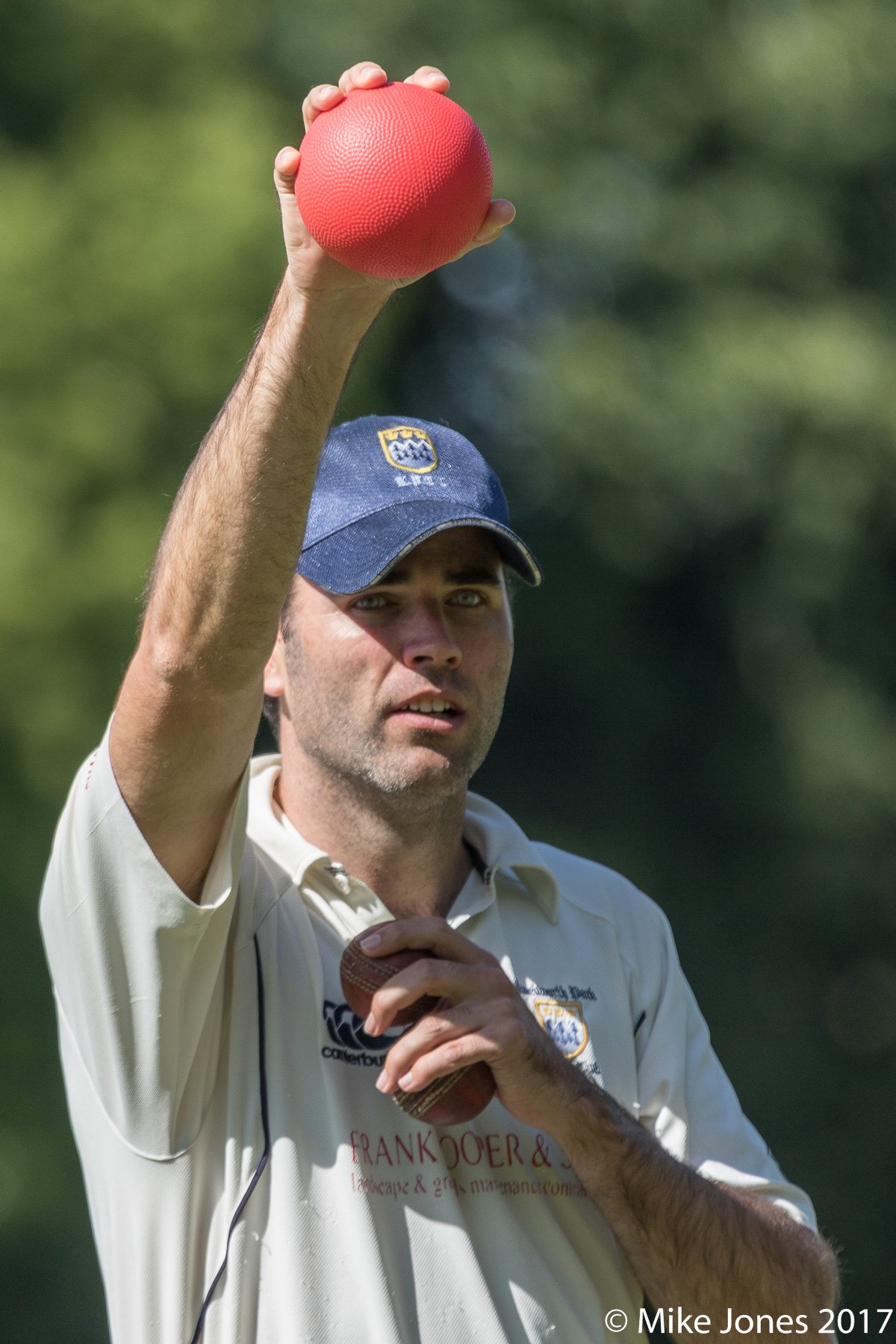 Jarrod Turner’s scintillating 181 not out set up a huge win over Hemel Hempstead in the County Cup semi-final.

In front of a passionate and enthusiastic crowd on a beautiful Sunday afternoon at the Park, captain Guy Warman elected to bat first on a flat looking track.

The innings got off to a fast start with 24 runs coming off the opening two overs.

Rana Arslan fell for 10, which included a six and a four, before Turner and Adam Sergeant (40) really took the attack to the Hemel bowlers.

With both playing freely and putting away the bad ball, they moved the score to 131 off 21 overs before Sergeant was bowled.

Ryan Skeggs (45) joined the imperious Turner at the crease and batted well to support his partner.

Turner, pictured, bought up his 100 off 89 balls but wasn’t finished there as he continued to dominate his way to the close of the innings with a little help from big-hitting Matt Hutchinson (21).

They unfurled an array of attacking shots to finish with an outstanding total of 319 for 4.

Knowing that they had to score at a high rate from the start, Hemel’s openers tried to force the pace and after a few meaty blows the wickets started to fall as the run rate climbed.

Opening bowlers Gareth Jones (1-36) and Charlie Randall (1-30) both claimed an early wicket with the latter also effecting a run out.

Ross Courtney (1-47) and Warman (1-31) applied the squeeze in the middle overs to take the required run rate above eight an over, with only Mike Morgan (85) provided any real resistance.

Hutchinson (2-27) and Shaun Robinson (3-7) bowled brilliantly in tandem to polish off the Hemel lower order to dismiss the visitors for 178 to secure a 141-run victory and book a place in the final against Broxbourne.

The final is to be played on the September 4 and it will be a fantastic occasion and as much support as possible will be appreciated to help cheers the boys on.