Jarrod fires Firsts to promotion at first time of asking 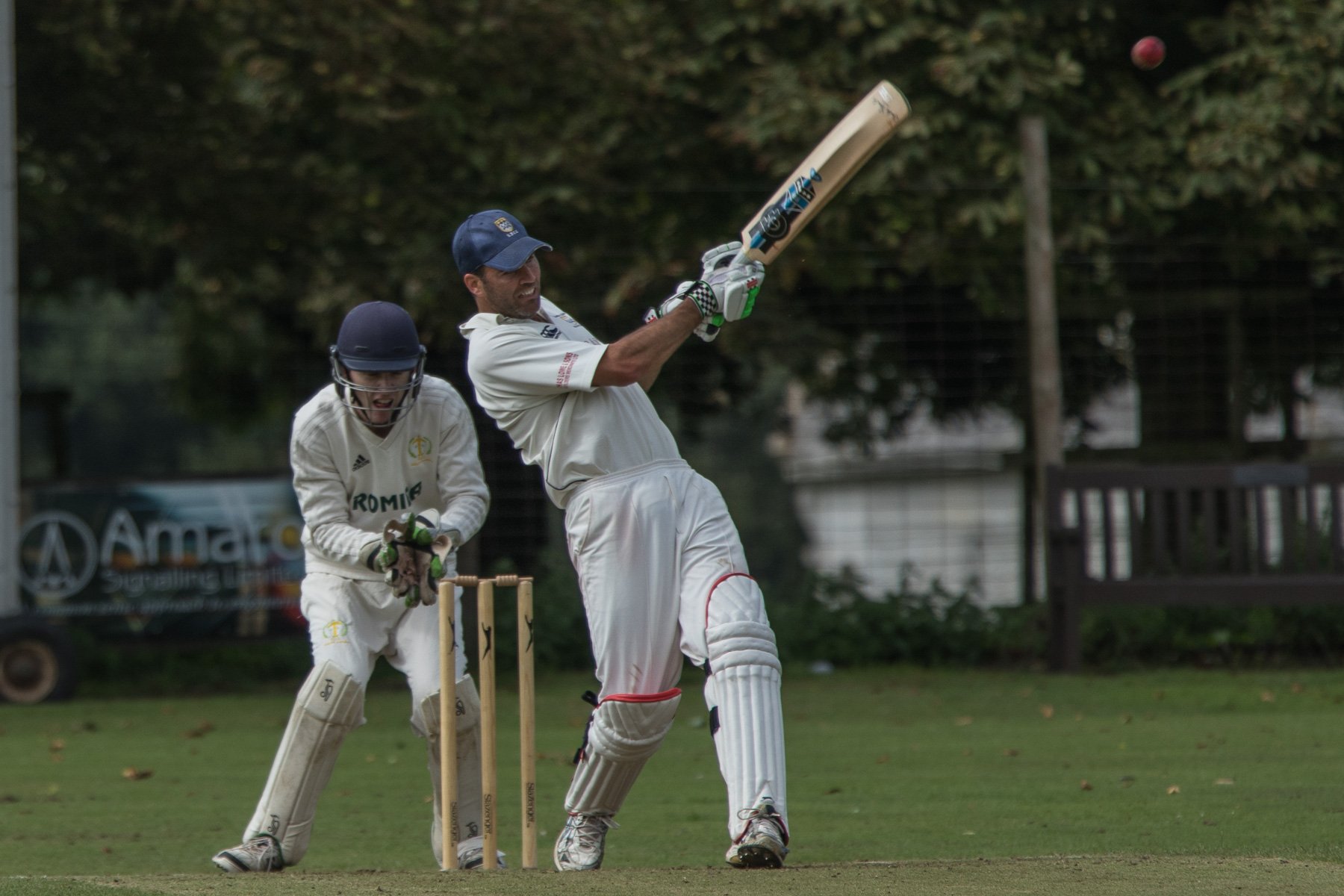 Knebworth Park secured promotion back to Division One of the Saracens Herts League by defeating Abbots Langley by 74 runs on Saturday.

Relegated last season they’ve bounced back at the first attempt, achieving their goal with two games to spare in Division 2a.

Jarrod Turner, pictured, yet again proved the difference. Put in on a damp wicket The Park lost early wickets and at 28-3 the game look like it may end early until Turner (126) and Ryan Skeggs (83) came together.

The pair batted superbly to bring the game back into Knebworth’s favour.

At first, they both had to battle hard as batting proved difficult until the track dried and it became easier to bat on. Turner and Skeggs took full advantage as they put on 195 for the fourth wicket finishing the innings on a very good 256-7 off their 50 overs.

The Abbots openers started well thanks to some wayward bowling before captain Guy Warman (3-22) and the unstoppable Turner (2-31) bowled with great control and intelligence to take the game Knebworth’s way even further.

At 79-5 Abbots looked to just accumulate runs for bonus points and never chased the total.
Shaun Robinson (3-33) and Matt Hutchinson (10-1-22-0) yet again bowled well in tandem to keep them on top until Ross Courtney (2-24) cleaned up the tail to secure the 30 points.

And with second-placed Ickleford defeating third-placed Bishop’s Stortford, it meant that Knebworth were promoted.

With two games left they still have the league title to play for and will be looking to take maximum points from the remaining games, away to Hitchin and at home to St Albans.

The Park had further good news following the game that they’d been awarded to host the Herts County Cup final against Broxbourne on Sunday, September 3, following an independent toss of a coin conducted by the competition organisers to determine which club would be the venue. This excellent news should provide an exciting opportunity to round off the season.

Notwithstanding a determined 39 from Jono Evetts, the Seconds’ batting crumbled to 76 all out away to North Enfield.

A dropped catch if it had been taken could well have kept Knebworth in the contest but the home side eventually cruised home by six wickets with 77 for 4, leaving the Seconds rooted to the bottom of the table in Division 3a.

Following their recent successes in the last two weeks, the Thirds were brought back down to earth as they fell to defeat fellow relegation battlers Totteridge Millhillians in Division 7a.

After being asked to bat, Park found runs hard to come by on a difficult wicket.
Five of the top order got starts but no one was able to go on to reach a big score and take the attack to Totteridge as they succumbed to 147 all out in their 50 overs. Nick English (40) and Ian Woods (29) top scoring.

Missing several of the bowlers that have seen them do so well in recent weeks, the Thirds’ attack struggled to keep any pressure on the Totteridge batsman as their opening batsman took control of the game.
Despite three wickets for Ian Woods (3-35) which included outstanding catches from Danny Digweed and Dave Barwick, Totteridge reached their total in the 27th over with the opener remaining unbeaten on 92 to win by six wickets.

Bret Painter (1-25) was the only other bowler to have any success.

Despite defeat, the seven points gained helped the Thirds increase their lead over second bottom Southgate Adelaide to 15 points and with already relegated Old Cholmeleians next up, safety remains in their own hands.

Greg Brewer took five wickets as the fourths bowled out Watford III for 103 but then, on a poor batting surface at Watford, they were then skittled for a paltry 31.