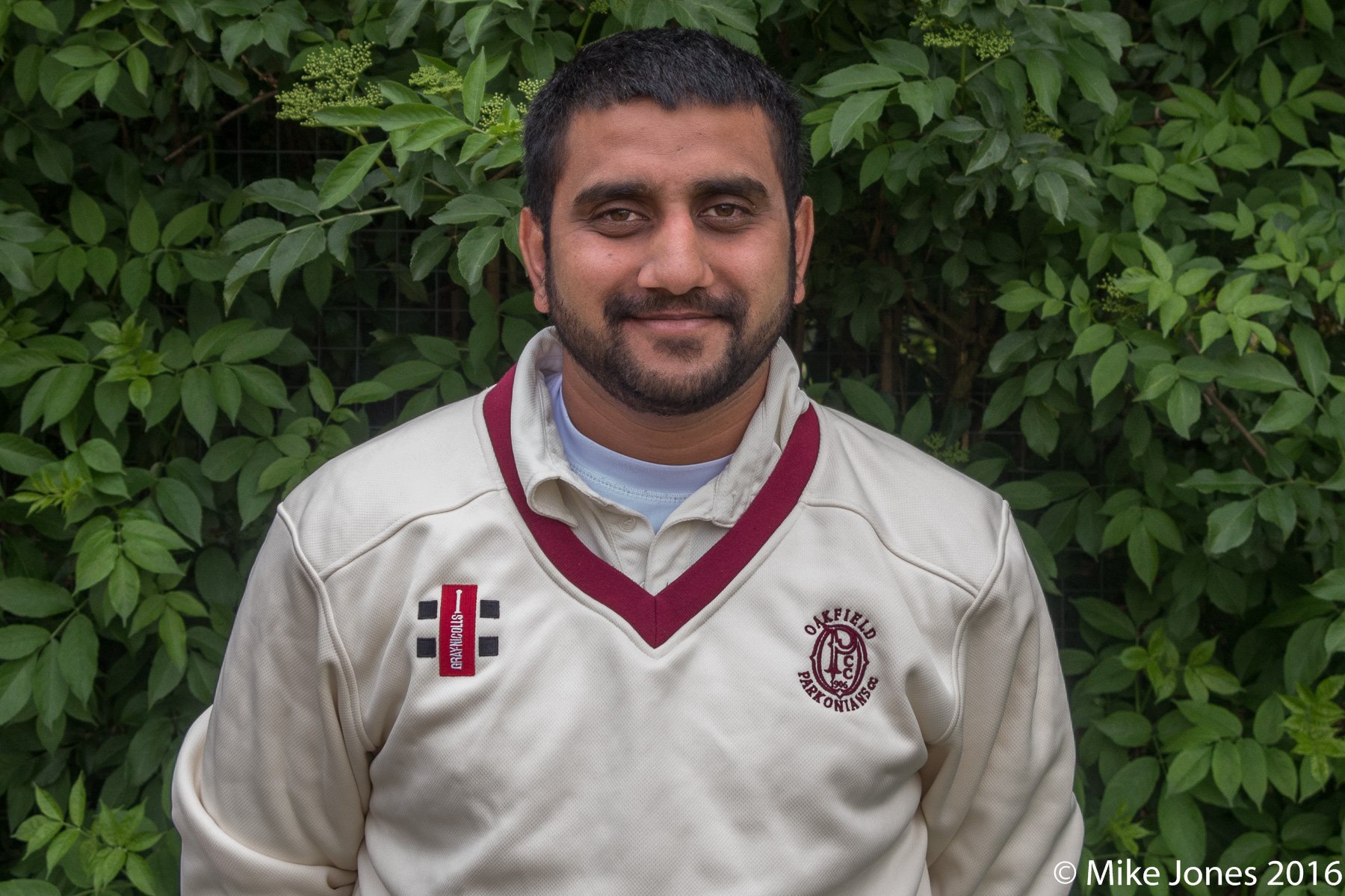 A rapid 71 from Rana Arslan, pictured, and a destructive spell of 6 for 40 by Matt Hutchinson helped the Park to topple league leaders Ickleford on Saturday.

The win meant they leap-frogged their promotion rivals to go top of the table in Saracens Herts League Division 2a.

Batting first on a wicket with very little bounce, Josh Roseberry (55) and Arslan (71) played contrasting innings while superstitious skipper Guy Warman paced around the boundary endlessly to make sure the wickets stayed intact.

Arslan produced some fantastic strokes and scored freely with his runs coming off just 54 balls, whereas Roseberry was playing the anchor role and gritted it out to ensure the middle order could play freely later on.

That is exactly what they did as Matt Hutchinson (17) and Skipper Warman (23) added the quick-fire runs needed to boost the total to 221 of their 50 overs.

Ickleford got off to a solid start before Ross Courtney (1-27) made the first breakthrough with the score on 38.

Part-timer Jarrod Turner then proved to be a golden arm dislodging the second wicket with the score on 57.

At the halfway point of the Ickleford innings at 97-2 the game seemed evenly poised with a tight finish looking likely.

But Hutchinson (6-40)ripped through the middle order with his variation of flight and spin to take the score to 130-9.

He was ably supported by Shaun Robinson (2-31) who plugged away at the other end, to really swing the game in the Park’s favour.

Ickleford had a few lusty blows to reach 150 before finally succumbing.

With third place Bishop’s Stortford losing, it means Knebworth have a healthy lead at the top with only three games left.

Next week they’re at home to Abbots Langley with the possibility of all but securing promotion back to division one at the first attempt.

The Park’s Seconds put up a gritty display but their 186-7 wasn’t enough on an easy batting surface to deny visitors Datchworth a relatively comfortable win as they cruised home with 190 for 5.

The Thirds stormed to a second successive win by beating Southgate Adelaide II away to lift themselves out of the relegation zone for the first time this season.

The side was full of confidence following their thrilling win against Old Owens which had moved them just 11 points behind their hosts.

After being asked to bat, they produced their best batting performance for several years, posting a daunting 271-6.

The catalyst for the improvements shown in recent weeks has been the ability to build solid partnerships at the top of the order and this proved to be the case again as Danny Digweed and Bobby Orlandi saw off the opening bowlers, taking the score to 43 before Orlandi (19) was dismissed in the 15th over.

Digweed was joined by Ian Pickering who continued to build, reaching 71 before Digweed was dismissed for 30 in the 21st over.

The arrival of Jack Hay saw the run rate begin to rise as, along with Pickering, they began to take the game away from Southgate.

A partnership of 140 was finally broken in the 43rd over as Hay was eventually dismissed for an excellent 92 from just 61 balls.

Nick English (24) produced a typical attacking cameo as the score continued to mount.

Having anchored the innings beautifully, Pickering was dismissed for 60 and then Ian Woods (14*) and Kyle Roomans (13*) pushed the score up in the last few overs to 271.

Knowing the 30 points was well and truly in their own hands, the Park’s attack got off to a great start as under-14 Dan Roomans continued to impress as he removed both openers cheaply to leave Southgate 9-2.

Despite a brief fightback by the Southgate No.3 Collard, miserly bowling from Woods, Ben Childs and Mark Taylor continued to keep the run rate well below what was required.

When Taylor (2-30) dismissed Collard who had made a positive 58, Southgate were still 200 runs behind with 26 overs remaining.

Wickets continued to fall as the run rate rose with Roomans returning to the attack to take a further two wickets leaving him with excellent figures of 4-26 from his 10 overs.

Roomans also picked up a run out before two wickets for older brother Kyle (2-19) saw the game wind down and it was left to Ben Childs (1-20) to pick up the final wicket.

The Southgate innings finishing on 150 in the 46th over.

Having moved out of the relegation zone and playing the team just 19 points ahead of them next week, the Thirds are hopeful of avoiding relegation if they can continue their good form.

The Fourths struggled to 128 all out against leaders Albanians III who early hammered 253 for 7 in their 50 overs.