Stirring comeback gets Park back on track 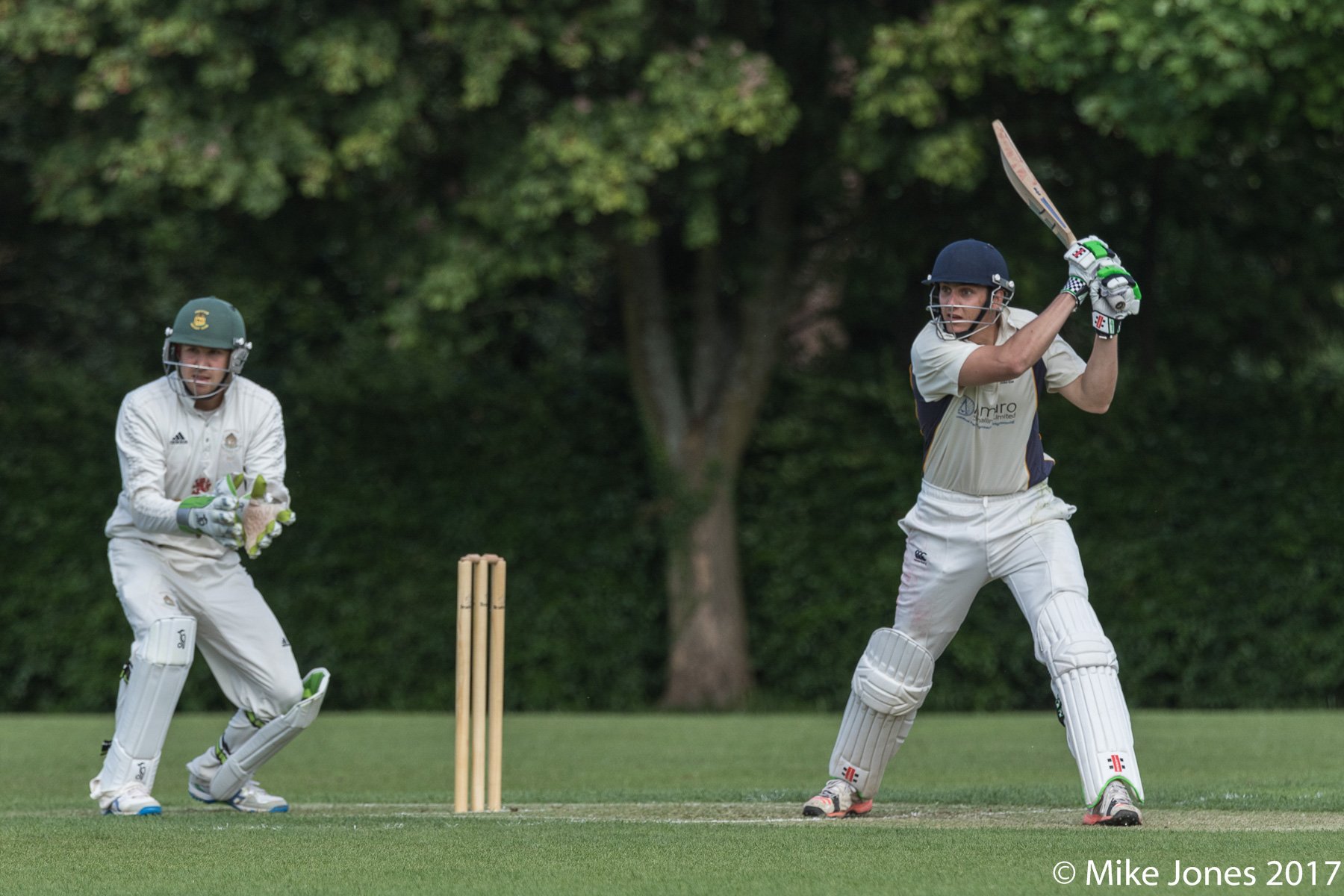 Knebworth Park 134 all out, Ickleford 88 all out

Knebworth Park staged a remarkable comeback to defeat Ickleford and join them at the top of the table in Saracens Herts League Division 2a.

On a benign surface, The Park tumbled from a strong position at 88 for 2 to be bowled out for a disappointing 134.

At that stage they were seemingly on course to lose their second game in a row and find themselves slipping down the table.

Instead Knebworth’s bowlers, backed up by high intensity in the field, bowled out the visitors for 88, to win by 46 runs.

On a glorious day at the Park skipper Guy Warman won the toss and decided to bat on a good wicket.

Things got off to a bad start when both openers Josh Roseberry and Jarrod Turner were dismissed cheaply.

No.3 Adam Sergeant yet again showed his form with 37 in a good recovery partnership with Shaun Robinson (39).

Then, yet again, a flurry of bad shots in the middle order caused a collapse from 88-2 to 134 all out in 42 overs, well under par.

Looking dead and buried, Knebworth came out after the break determined to show some mettle.

A great opening spell from Sam McCrow (9-5-19-2) gave them momentum in reducing Ickleford to 30-3 off ten overs.

A combination of some fantastic fielding and in particular an audacious run out from Warman who bowled beautifully (13-4-33-4) and the accurate left arm swing of Ross Courtney (10-6-15-2), really tightened the screw.

It was then left to Matt Hutchinson to finish the job with a caught behind with his first and only ball were bowled out for 88.

On a day where onlookers saw both the best and worst of the Firsts it ended in a stunning victory which really boosts their chances of earning promotion.

Datchworth 200-7, KPCC II 157 all out
The Seconds lost convincingly to neighbours Datchworth as too many ambitious shots saw them slump after a good start in the run chase, ending up with 157 in response to 207 for 7.

The Thirds are still looking for a first win of the season despite a much-improved batting performance against Southgate Adelaide on Saturday.

Opener Danny Digweed made a stylish half-century and Ian Pickering cut and swept his way to 72 as they built a formidable platform.

But after they departed the runs dried up in the final ten overs and the innings limped to 192-9, which looked 30 to 40 runs shy.

In reply, Southgate accumulated steadily before they were rattled by two wickets in two balls from Mark Taylor.

Southgate’s opener battled through to the finish, somehow making a half-century without seeming to time a single shot.

It was enough, however, to see his side home with six wickets to spare, the Park picking up a handy 12 points but they need to start winning to get up the league table.

The Fourths suffered an eight-wicket defeat to Old Albanians.

Having being put into bat, Park battled to 132 all out, with Rob Crowe (40), Pete Bayford(34) and Leroy Van der Westhuizen (23) making the key contributions.

The home side made short work of the chase, knocking off the required runs for just two wickets off 24 overs.