Park go top as bowlers haul them out of trouble … again 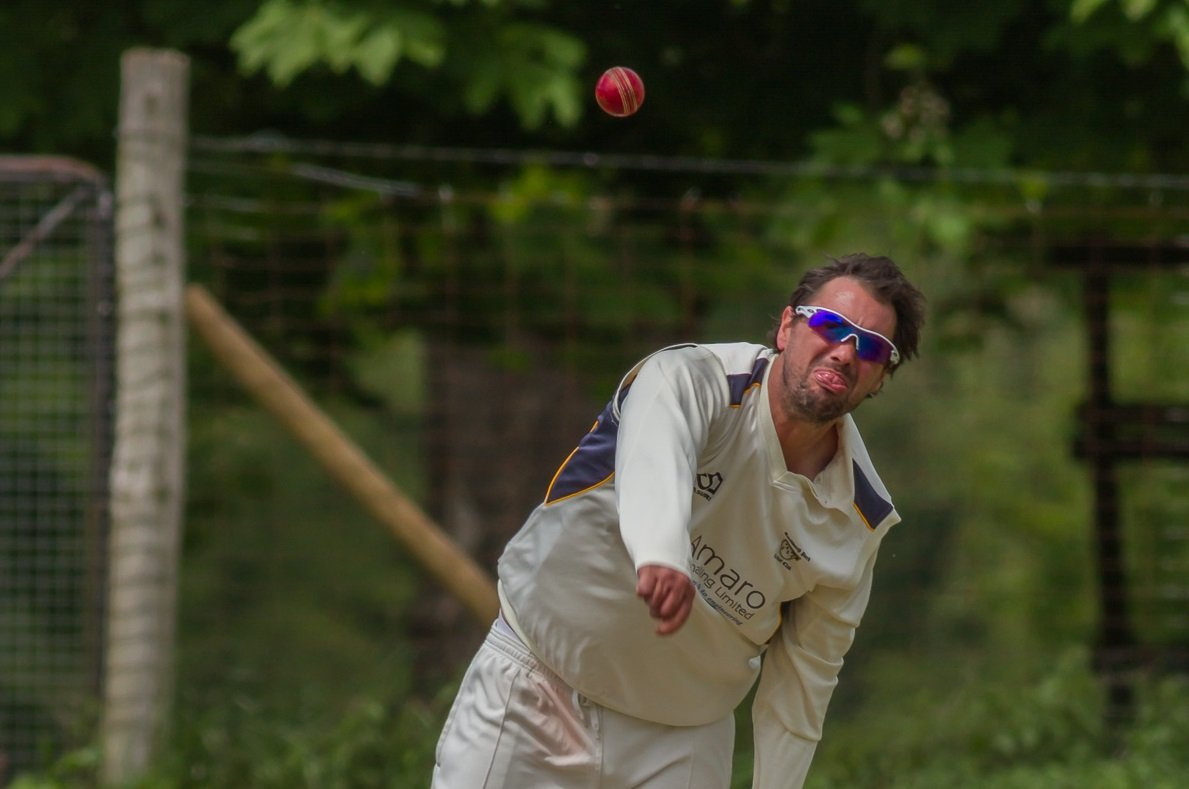 Knebworth Park clinched another thrilling win to go clear at the top of Division 2a.

For the second week running the Park’s batting under-performed managing just 129 all out, only for their bowlers to again haul them to a dramatic five-run win.

At the start of the day the Park were joint top and the hosts one point behind, giving it all the hallmarks for a classic match.

Knebworth won the toss and elected to bat on what seemed a friendly batting wicket but were soon in trouble losing opener Ryan Skeggs, who has yet to find his feet this season.

The early breakthrough bought Adam Sergeant to the wicket, who proved the difference between the sides in a low-scoring contest.

He soon lost Jarrod Turner (10) and Louis Clayton (0) and was joined by Shaun Robinson and, for the second week on the trot, the two put on a significant partnership before Robinson (17) fell to a good catch in the covers.

The rest of the Knebworth batting line up then fell away as the team could only muster 129.

But the in-form Sergeant’s knock of 57 was to prove crucial as he was ninth out after scoring more than the rest of the side put together.

This left the Park bowlers with a monumentally large task to bowl out Abbots Langley for under 129.

But the home side got off to a flier with the normally reliable opening pair of McCrow (0-18) and Charlie Randall (1-18) getting hit around the ground.

With only one wicket in the opening spell, the skipper Guy Warman, pictured above, bought himself on, which proved to be a great decision as his three quick wickets got the Park back in the game.

Matt Hutchinson (1-31) claimed another wicket to leave the game finely balanced at 74 for 5 with the hosts requiring another 56 runs for victory.

A partnership of 26 then seemingly put the game out of the reach of Knebworth and it was at this point that Jack Orchard and Shaun Robinson were introduced.

Orchard claimed a quick wicket and it proved to be decisive as the Abbots lower order were then left exposed and a bout of rash shots gave Orchard (3-17) and Robinson (1-6) and a chance of winning the game.

But, with the final pair getting ever closer, Warman (4-29) bought himself back on. It took only five balls for the decisive wicket and a five-run win for the Park.

Under-14 Ollie O’Brien scored a composed first league half-century for the Seconds to rescue their innings and give them a glimpse of victory before they ended with an encouraging draw against North Enfield.

On a very hot day at the park Knebworth were asked to field, which looked like a good toss to lose.

Neils Hart and Gareth Jones started well with tight lines and giving the openers a minimal chance to score. This was backed up by the fielders with what was a much improved fielding performance by the Park.

Apart from a couple of early wickets, North Enfield restricted the number of chances given and looked to rebuild every time they lost a wicket.

The flurry of wickets came at the end as North Enfield tried to improve to reach 220 for 7.

Knebworth’s innings got off to a solid start with some lusty blows by the openers Haydon Bartlett-Tasker and debutant Richard Winchester.

The first wicket came on 35 and prospects of a win looked possible at 100 for 2 with Bartlett-Tasker completing a very quick 50 before a cluster of wickets turned the game on its head.

At 112-7 up stepped Ollie O’Brien to salvage the innings with the assistance of Neils Hart in an 81-run eighth wicket partnership.

The teenager made batting look easy as he strolled to his 50 and secured the draw for the Park.

A very exciting game for all who watched as they closed on 193 for 7.

The Thirds earned a hard-fought draw away at Totteridge Millhillians who were only one place above them in the league.

With the game being played at Haberdashers’ Aske’s school, away from Totteridge’s usual ground neither team had any experience on what looked like a good wicket but with a win much needed, skipper Ian Woods took the decision to bowl first.

With the Totteridge openers using the large outfield well to rotate the strike, the score was on 44 before Ian Pickering (1-23) took a smart caught and bowled to make the breakthrough.

Despite bowling economically and Jack Randall (2-47) removing the other opener, Park were finding it hard to take wickets and Totteridge began to steadily build the innings.

With 20 overs left though, the game was evenly poised with Totteridge on 146-2 and when Mark Taylor (3-40) reduced them to 180-5, Park were optimistic of keeping them to a below-par score.

However as the heat began to take its toll and with the Totteridge lower order beginning to take some risks, Park found it hard to contain and Totteridge finished on 254-8 in their 53 overs.

On a good pitch, the Park were confident of making a big push towards the Totteridge score and the innings got off to a good start with Danny Digweed punishing some wayward bowling.

Digweed was dismissed, though, for 19 with the score on 33 and when Dylan van der Westhuizen (14) and Bobby Orlandi were removed shortly after Park found themselves in trouble at 47-3.

Ian Woods and Ian Pickering began to rebuild the innings moving the score to 77 until Pickering (19) unluckily picked out the fielder from a long hop.

With only 25 overs left the Totteridge total looked a long way off and with wickets continuing to fall, Park’s hopes of a win were extinguished falling to 118-8 with ten overs left to bat out.

This brought Randall to the crease to support Woods who began to push the score along to try and pick up whatever points they could.

With Randall digging in and holding firm at one end along with Woods who continued to accumulate runs, they managed to see out the game, finishing on 172-8 (Woods 87*, Randall 5*).

With the top three all getting starts on a good pitch for batting, it was a disappointment for Park not to get closer to their target.

However, the character shown towards the end of the innings to earn a draw and end a row of losses will give Park renewed hope that wins will soon begin to come.