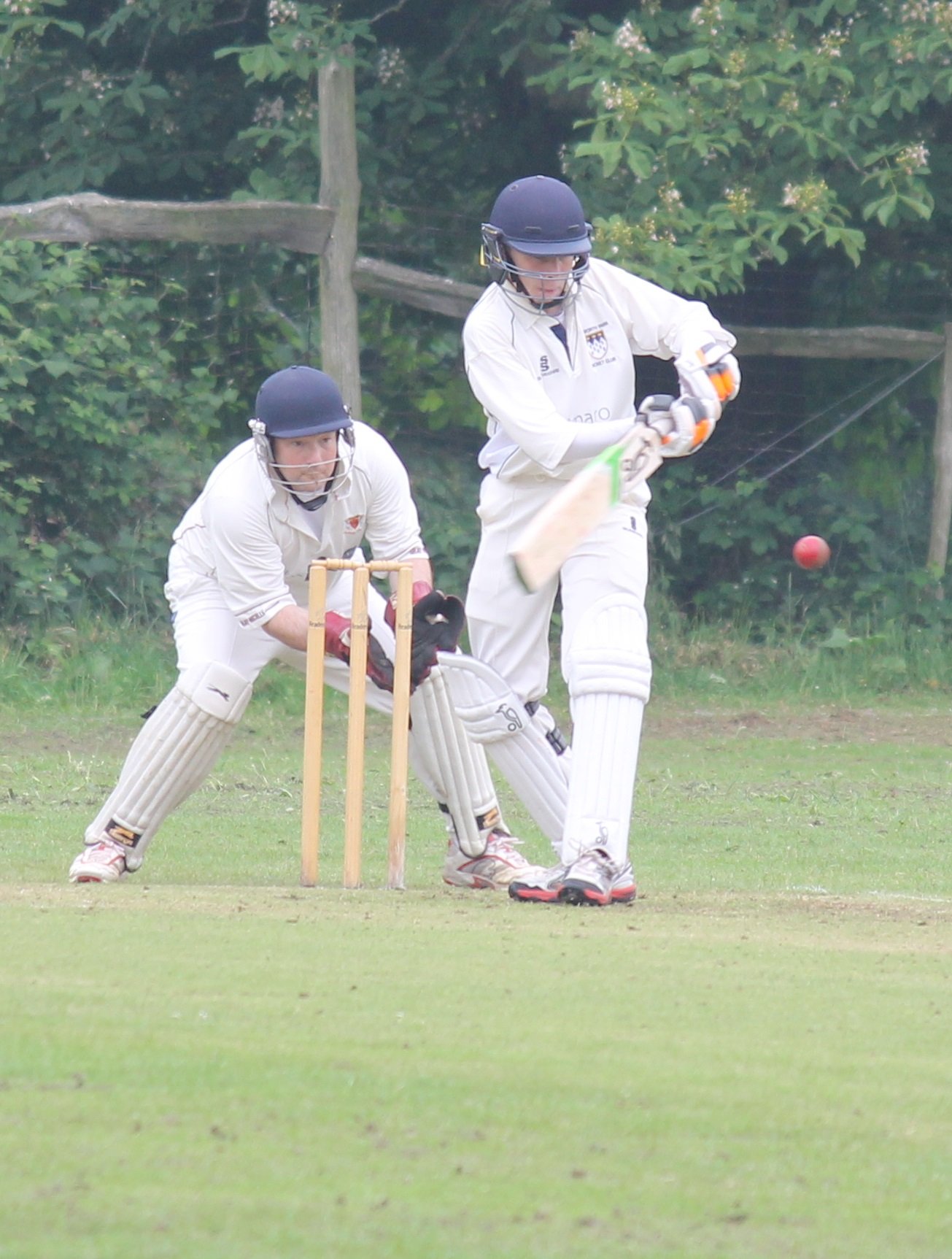 Under-14 Dylan van der Westhuizen scored an impressive, chanceless undefeated century as the Sunday XI came within four runs of winning a thrilling run chase against Harrow on the Hill in an entertaining game.

Chasing the visiting team’s 227 for 5, opening bat Dylan quickly stamped his mark on the run chase and received valuable support throughout, mostly from Gareth Jones (52) and under-13 Spencer Bayford (21).

They ended perilously close with four needed off the last ball but skipper Eddie Large was only able to manage a single.

Dylan, pictured above, ended on 100 not out which he achieved off the penultimate ball, scoring 12 fours in his disciplined innings as they ended up on 225 for 8.