Chainsaw massacre at the Park 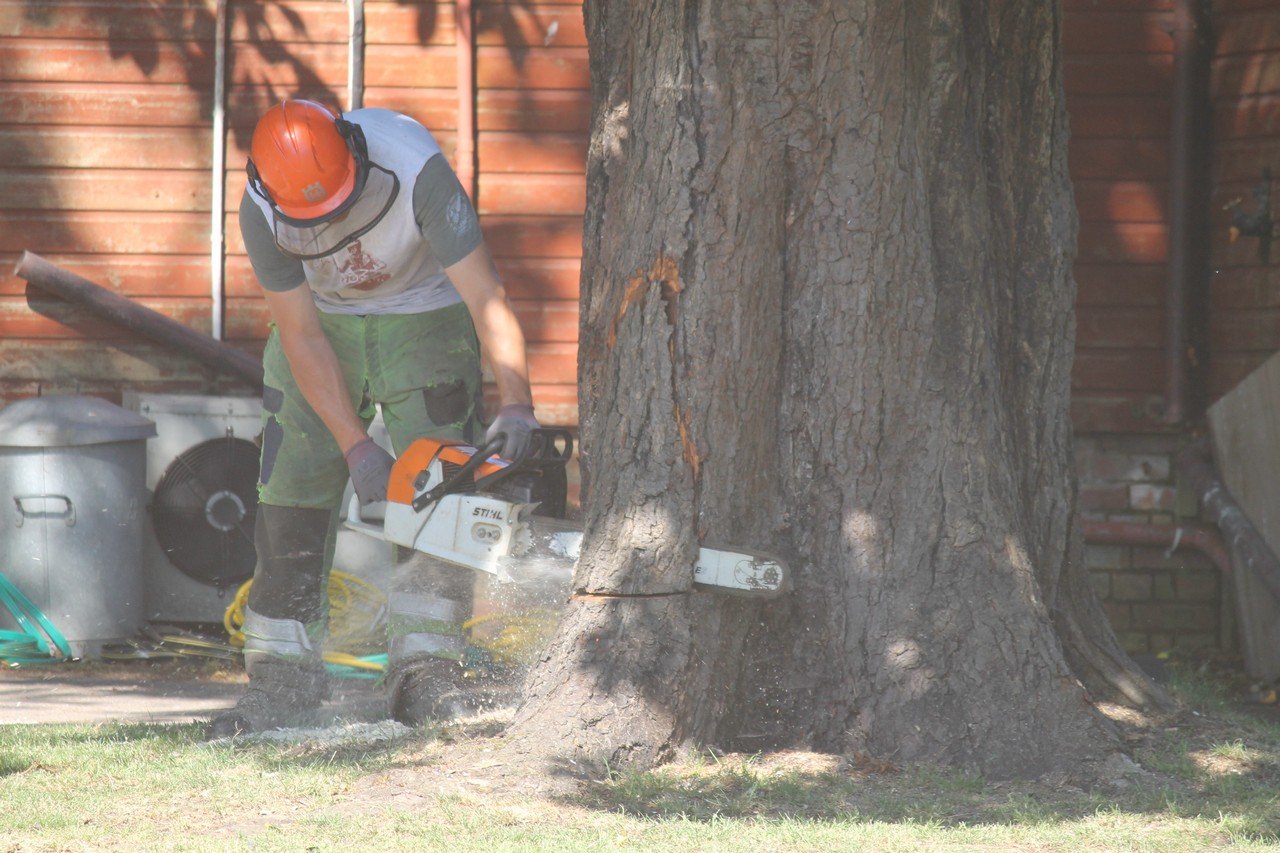 Two diseased trees close to the pavilion were removed in a spectacular operation on Monday morning.

The first tree – a horse chestnut about 70ft high – was felled in a matter of minutes.

All it took to bring it down was a skilled workman armed with a chainsaw. He cut a triangular chunk out of the trunk to make it fall safely in the right direction – across the car park.

The tree tumbled with a mighty crash, throwing up dust and debris as it slammed into the ground.

The fallen specimen was then cut up to be taken away.

The second tree needed to have branches removed on one side before it could be felled safely.

Both trees – thought to be about 100 years old – had to be taken down because they were diseased and a health and safety risk as they were so near to the pavilion.

Removing them will also help an oak behind the pavilion to recover as it will now receive more light.

The work was carried out by Village Trees. 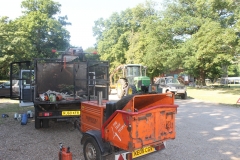 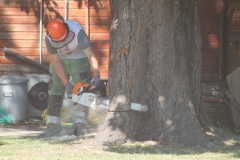 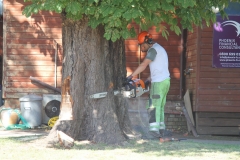 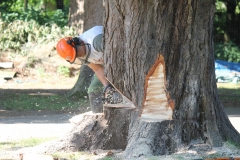 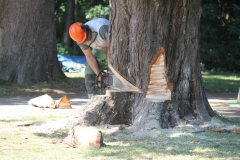 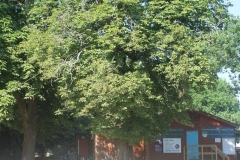 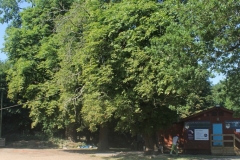 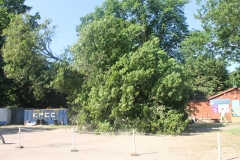 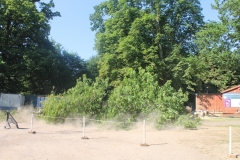 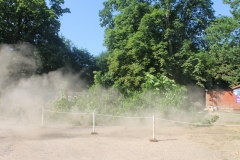 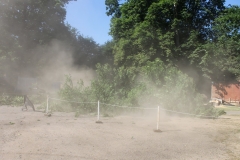 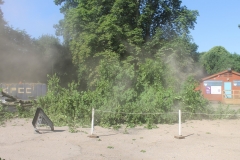 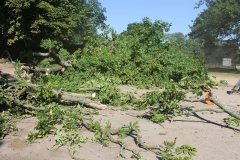 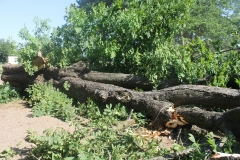 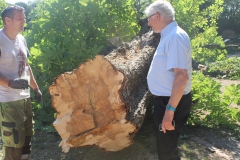 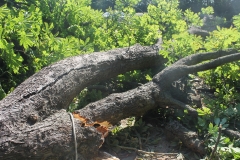 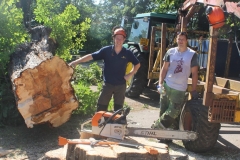