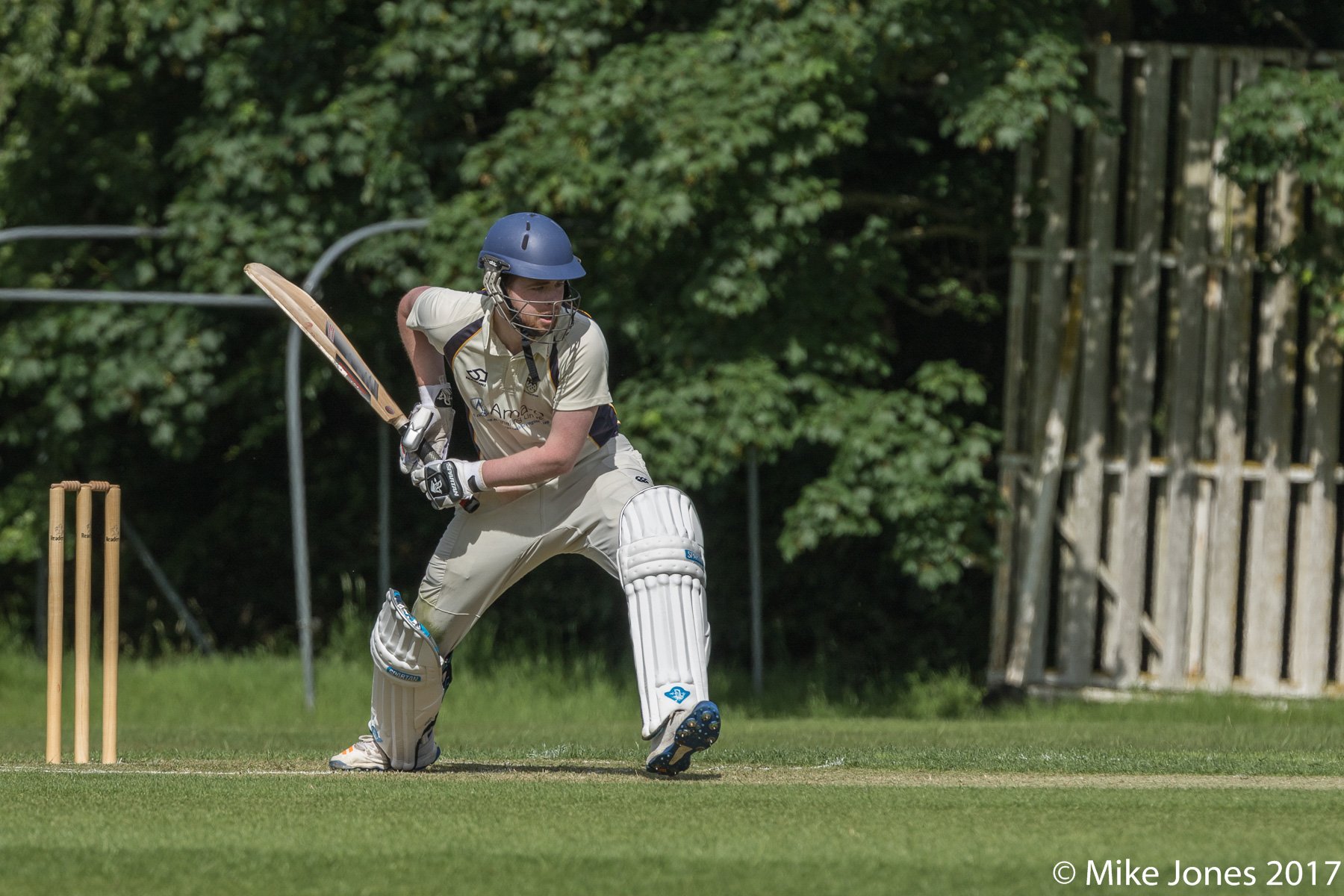 Having won the toss for the first time this season, skipper Guy Warman made the decision to stick the opposition in to bat.

Preston’s top four all batted sensibly if not spectacularly to get them off to a solid start of 64-2.

Preston’s Ben Hill and Blake Mills took control of the game with some big hitting in the middle overs without getting away from the park.

The Park’s innings got off to a bad start when opener Rob Morley, pictured above, chipped tamely to mid wicket and Josh Roseberry struggled with rhythm to only accumulate 15 off 74 balls before being caught and bowled.

Adam Sergeant (46) was the only batsman to play with any freedom and comfort while the middle order played recklessly to collapse to 84-6 off 33 overs.

After that only Warman (32) put up any resistance as the KPCC boys were eventually dismissed for 145.

All in all a disappointing day at the office but with three wins from five and sitting third in the league the Park have many positives to look towards in the upcoming weeks.

It was another disappointing performance with the bat for the Thirds as they were bowled for 89 at Old Owens, Lee Robinson (19) and Ian Woods (19) top scoring.

Despite some good efforts in the field, Old Owens reached their target in the 20th over for the loss of just one wicket picked up by Jack Randall.

With the change of format approaching, the Thirds’ batting needs to improve greatly if they’re to remain competitive.

Knebworth Park IVs were well beaten by Rickmansworth IIIs despite a brave fielding and batting performance that saw them claim eight points.

Batting first, Rickmansworth IIIs got off to an emphatic start, reaching 140-1 off 24 overs, despite an excellent opening spell from 13-year-old Spencer Bayford (1-20).

Ben Amies, making his debut for the Park dragged the home side back with two quick wickets and, in tandem with Rob Crowe, restricted the run rate.

In reply, the Park were quickly reduced to 16-4.

With both batsmen dismissed, it was down to Eddie Large to carry the team to 125, reaching the 2nd batting bonus point with a boundary.