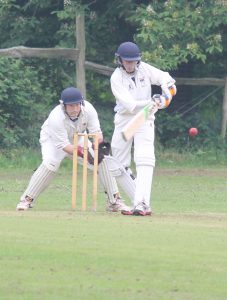 Pushed up the order, the under-13 showed he is developing into a fine all-rounder, striking an excellent 58 as the Fourths chased Hatfield and Crusaders’ relatively modest total.

His innings took them to 101 for 2 but then they slipped to 120 for 6 before Dan Roomans (11) and skipper Robert Crowe (14) led a revival but not enough to clinch victory.

They finished just 13 runs short of what would have been their third win of the season and might have reignited hopes of staving off relegation.