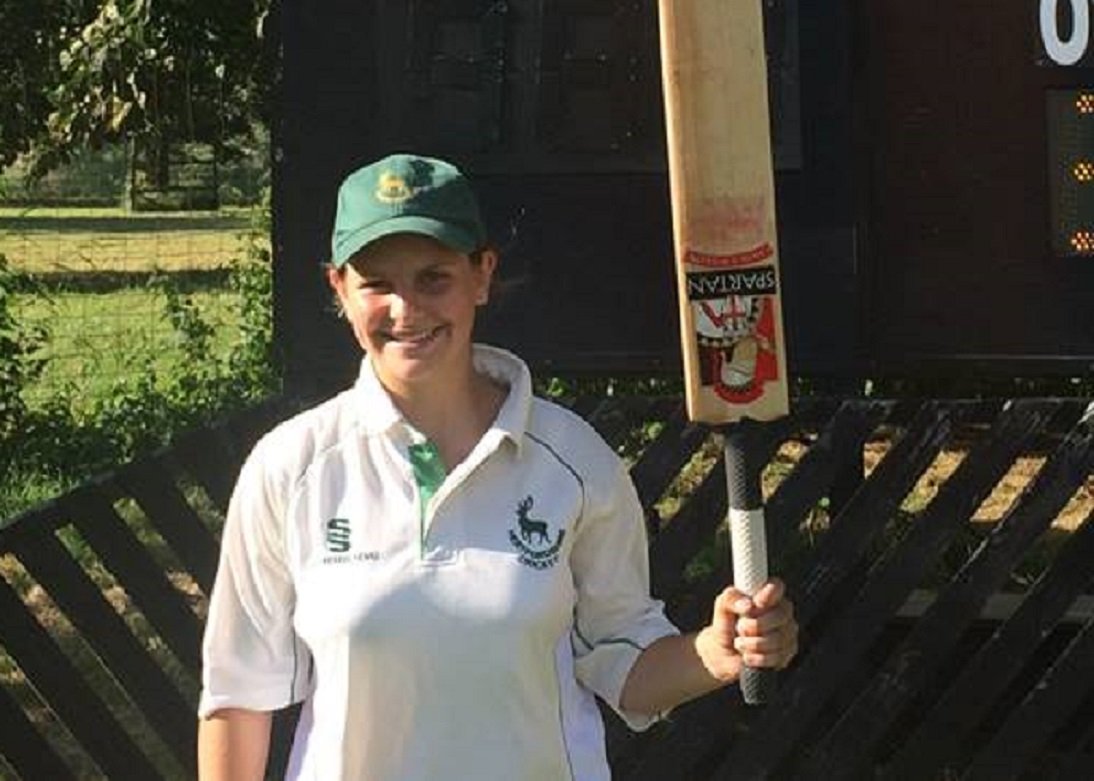 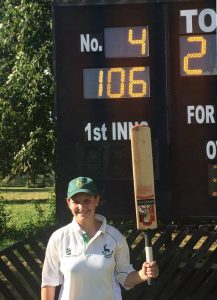 Ton up: Catherine celebrates another ton for Hertfordshire girls

Catherine Cirkel produced another batting masterclass as she notched a second century in a commanding performance for Hertfordshire girls.

Yesterday’s ton was Catherine’s second for the county with her first (also with a Choice bat) for the under-13s in July 2014 when she became the first girl to ever reach the milestone for Hertfordshire in the under-13 to under-17 age grades.

Catherine, a regular in the club’s Thirds and Fourths, remains the youngest to achieve the feat with only two other girls now having scored centuries.

Herts won the game comfortably bowling Suffolk out for 66.

The game was played in a great spirit as fixtures always have been between the sides and was another great advert for the girls game.

Catherine was joined by fellow Knebworth girls Charlotte Wilde (captain) and Charlotte Banks as well as Cecily Austin and Emma Jones who both represent the club in appropriate leagues.