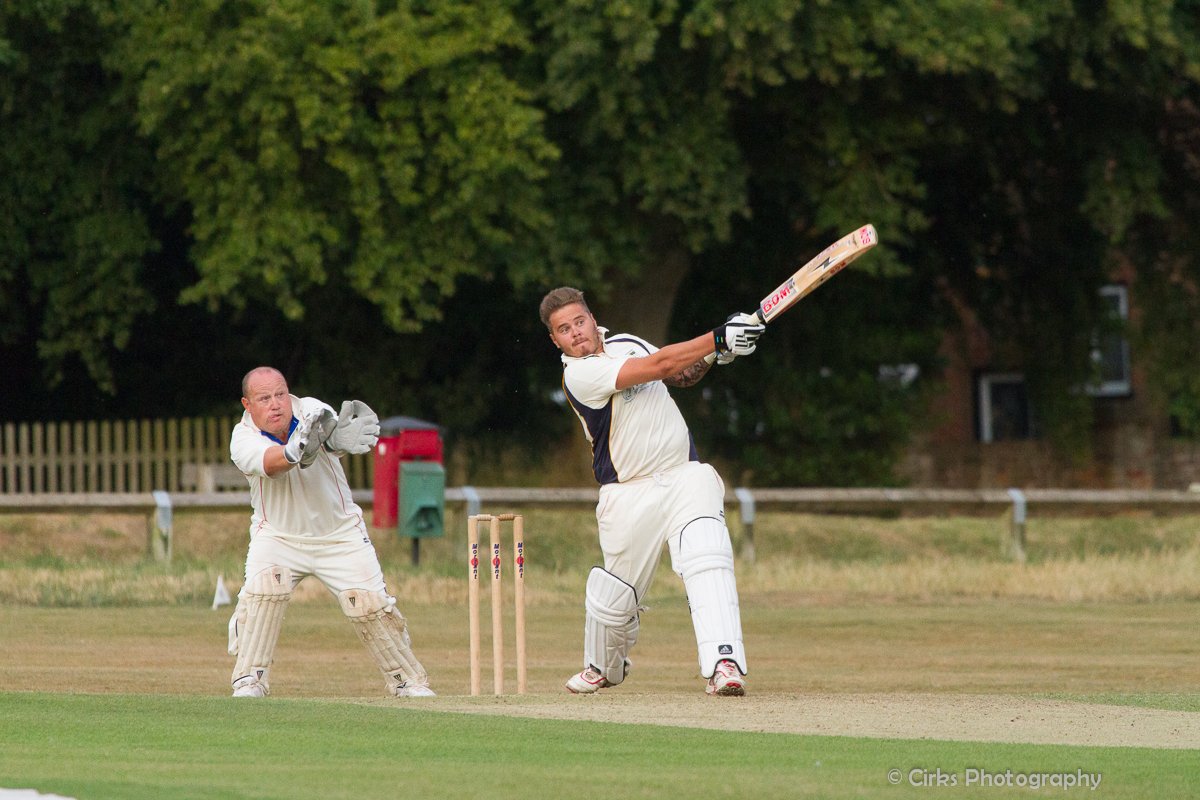 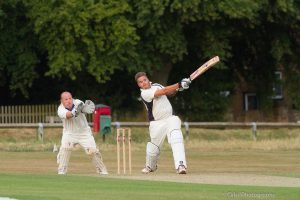 Powerful shots: Bobby Orlandi produced one of his most fluent innings for the Park as he struck a commanding half-century

A battling batting performance ensured the Thirds were able to avoid defeat for the first time this season at Old Finchleians.

Chasing 227 for victory they were set on their way by a sparkling half-century from keeper Bobby Orlandi, who timed the ball sweetly and struck some powerful blows on his way to 56.

They were well placed as they passed the 100 mark with just three down and Jonathan Cirkel (33) batting fluently but lost momentum with the steady loss of wickets.

Skipper Ian Pickering hit 61 to keep them in the chase but could not farm enough of the strike to mount an all-out challenge.

He saw out the innings with No.11 Catherine Cirkel who looked as composed as anyone and even scampered a welcome overthrow off the last ball to ensure they finished on 200-9 and collected the full 10 batting points.

Earlier, the returning Harvey Turner and Sean Carmody gave the bowlers some welcome control as the home side compiled 226-4.

They were helped by three straightforward chances going down but also ran well between the wickets before a sporting declaration left the Park 55 overs to chase down the runs.

Catherine Cirkel again impressed with her off-spin and under-13 Jack Randall produced another steady spell, while Pickering claimed two wickets.