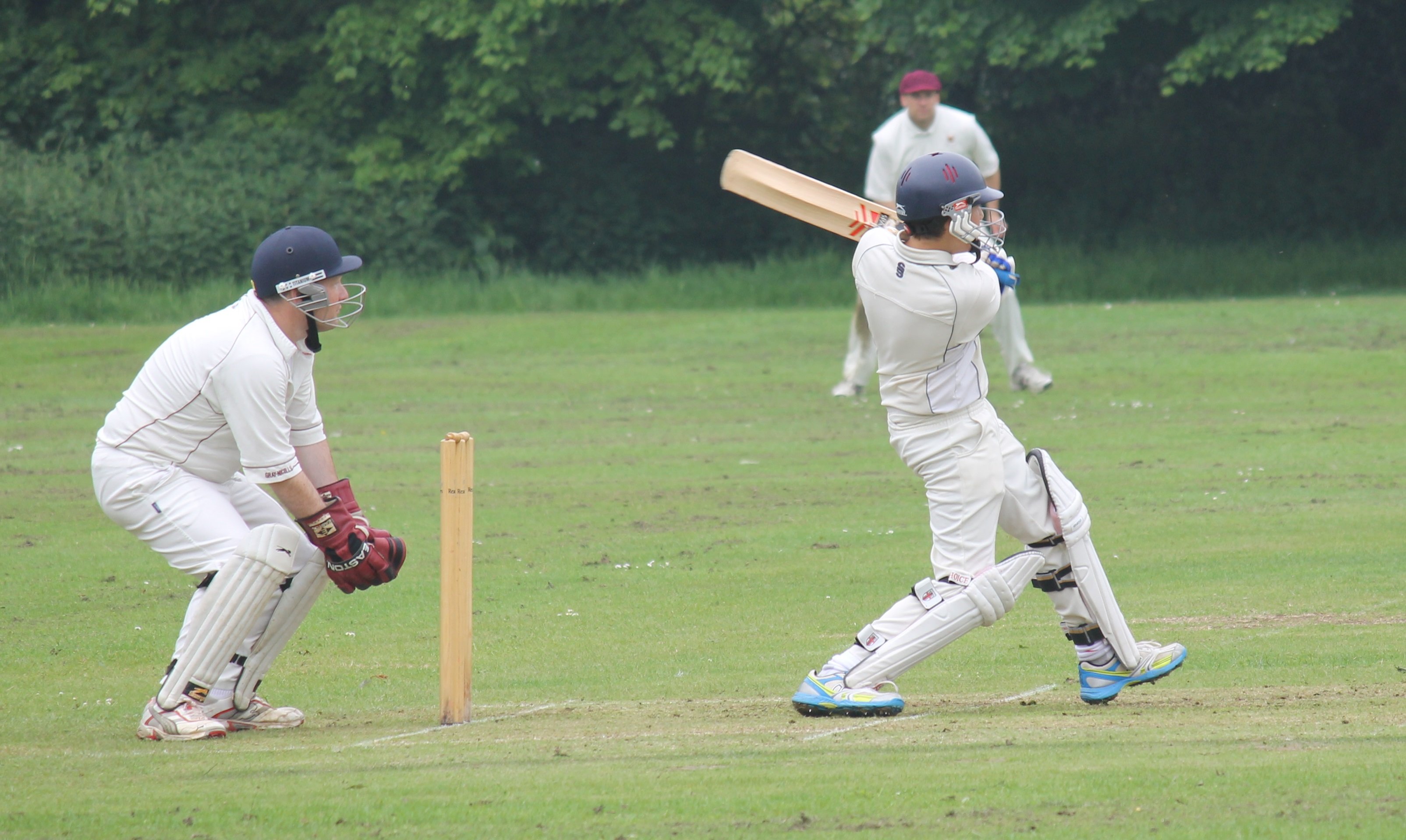 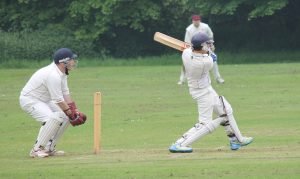 Battling hard: Jack Randall cracks one way for four during his knock of 26

His hopes of building on last week’s excellent batting display were dashed by a Cockfosters II side which has also been struggling in the league and looked readily beatable.

The sticky wicket and some steady if undemanding bowling was enough to unpick the Park’s batting which crumbled to a disappointing 94 all out.

Only Jack Randall with an excellent, determined innings of 26 and fellow under-13 Ollie O’Brien who compiled a measured 16 not out put up much resistance.

In reply, Cockfosters knocked off the runs needed for victory inside 18 overs as the Park’s attack failed to maintain the full length needed to contain the batsmen.

The only wicket fell to Jo Coulson, whose full toss was slapped to cover point, also giving the Park their only point from an otherwise forgettable performance.