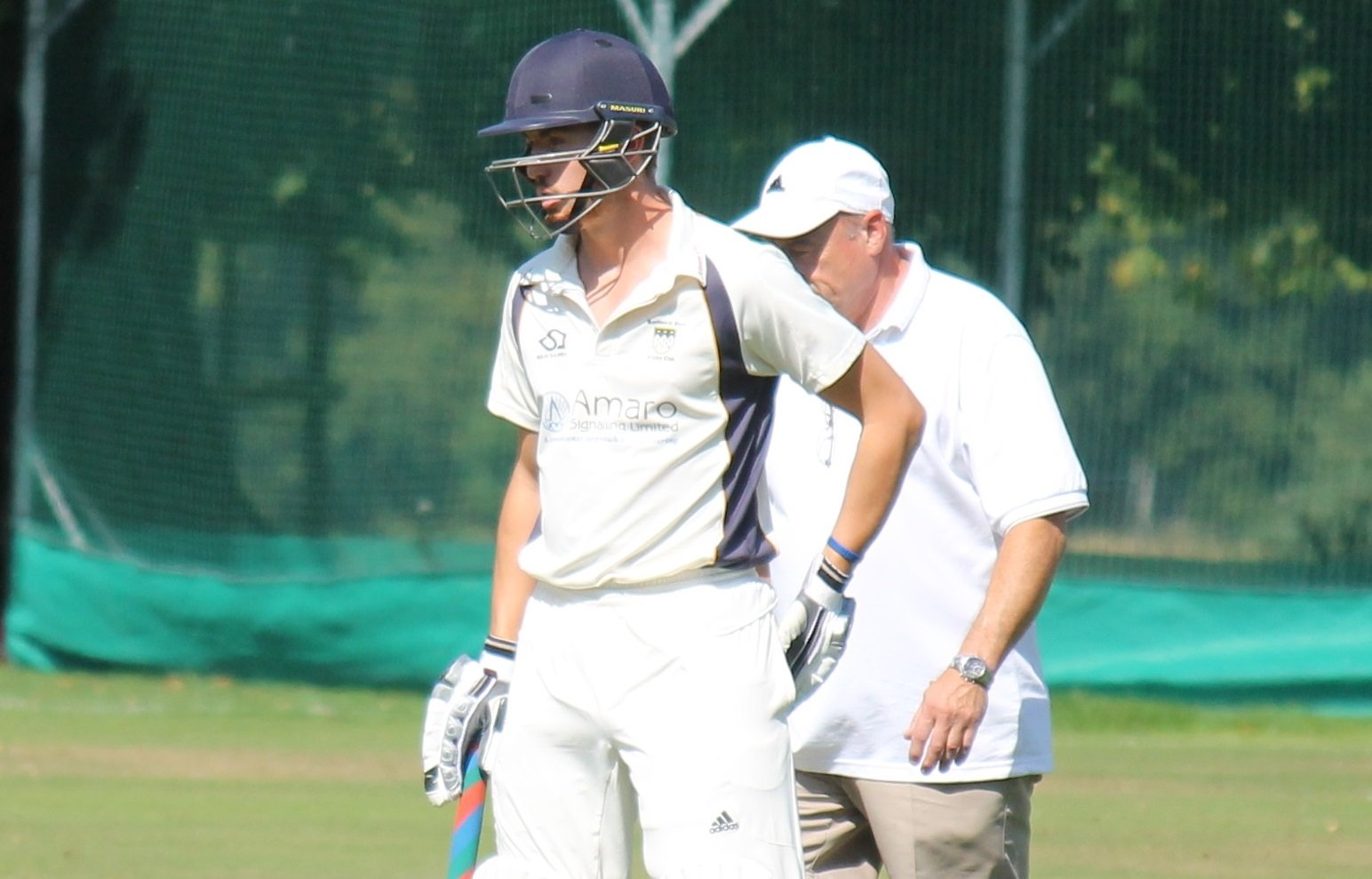 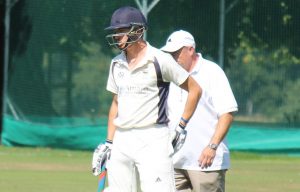 Holding it together: Tom Liversidge watched wickets fall around him as he made a half-century

Sunday’s Herts County Cup game at home to Northwood Town proved a much closer affair than looked likely as the Park raced away to 148 for 1.

When Adam Sergeant was bowled for 19 it heralded an almighty collapse as Liversidge watched one partner after another depart in quick succession to a series of ambitious shots, leaving them bowled out for a below par 195 in 36 overs. Liversidge was the ninth wicket to fall.

Visiting opening bat Suvin Meekan had the Park on the ropes and seemingly powering his Division Four team to an unlikely victory with a rapid 42.

When Warman (3-25) trapped him lbw it turned the tide of the game.

Wickets then began to fall at regular intervals with Robinson (2-37), Jack Orchard bagging 3 for 10 and Ross Courtney 2 for 8 as Northwood were bowled out for 135 to complete an excellent contest.