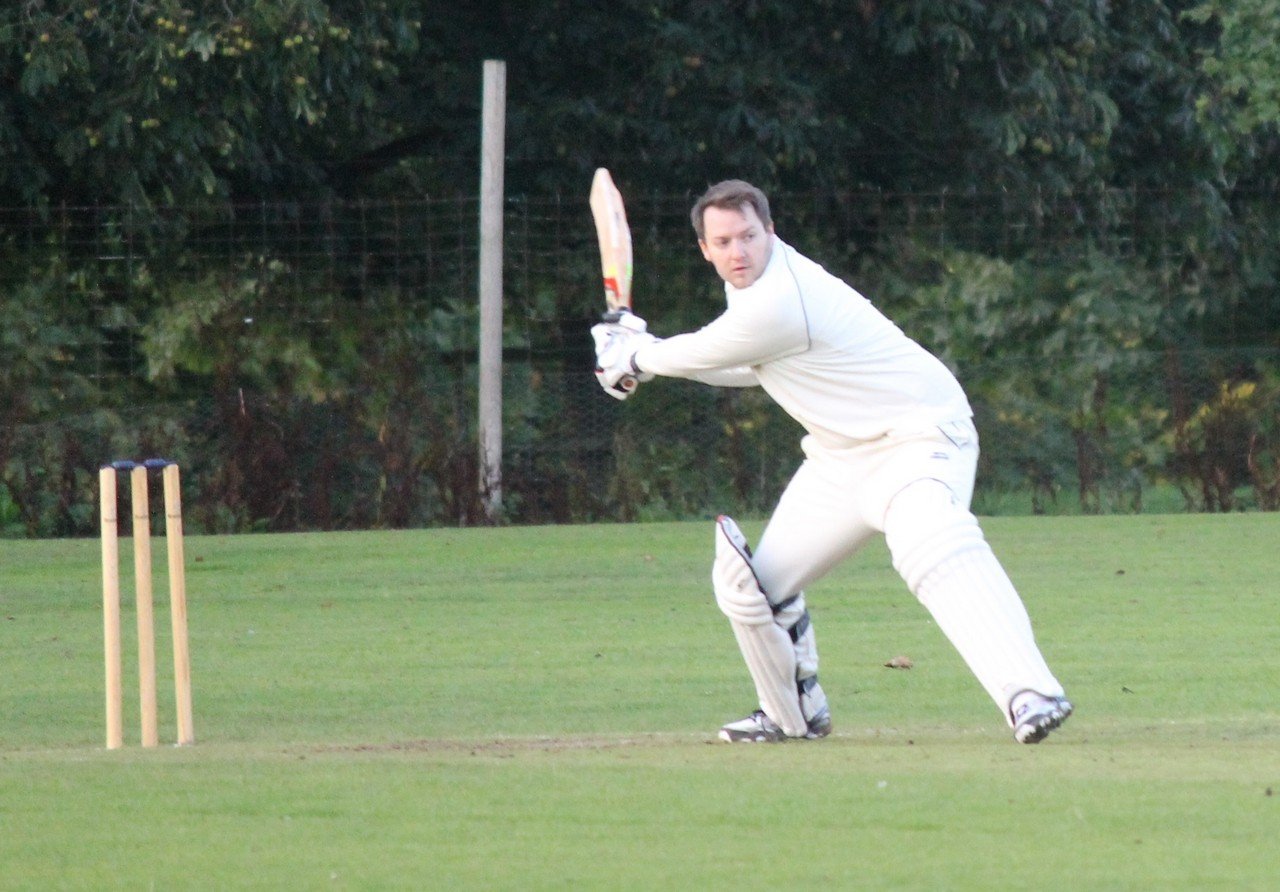 Swinging for it: Paul Brickell attacks the last ball of the game and hits the winning runs

Veteran Sandy Reynolds’ final league match, deciding to hang up his boots as a ‘young’ 65-year-old, was marked with a thrilling last-ball win for the fourth team over Leverstock Green.

A morning shower meant it was a wet wicket so a delayed start reduced the game to 45 overs a side and skipper Mark Folwell had no hesitation in putting Leverstock Green III into bat.

Reynolds showed yet again how much he will be missed with 1-13 from 9 overs and with Paul Brickell 1-16 meant a good tight start.

The visitors’ opener, Evans, batted very well for his 65 when he was unlucky to be bowled by a ball from Jonathan Cirkel (3-23) that hit his boot and rolled onto the stumps.

In reply, Cirkel batted very well for his 42 before getting out with score on 73-2.

Two more quick wickets made it 84-4 when Folwell came and smashed a quick 22 before a sharp piece of fielding by opposition captain ran him out with the score at 117.

This brought in Reynolds in a fitting end to to his KPCC days but with nine required off the last over he was caught behind off the first ball.

Brickell smashed his first ball for four and after a couple of singles it meant three was needed from the final ball which Brickell hit towards the boundary and with Catherine Cirkel they scrambled home for the third required despite a strong appeal for a run out.

So a nail-biting three-wicket win after the two sides had tied earlier in the year.