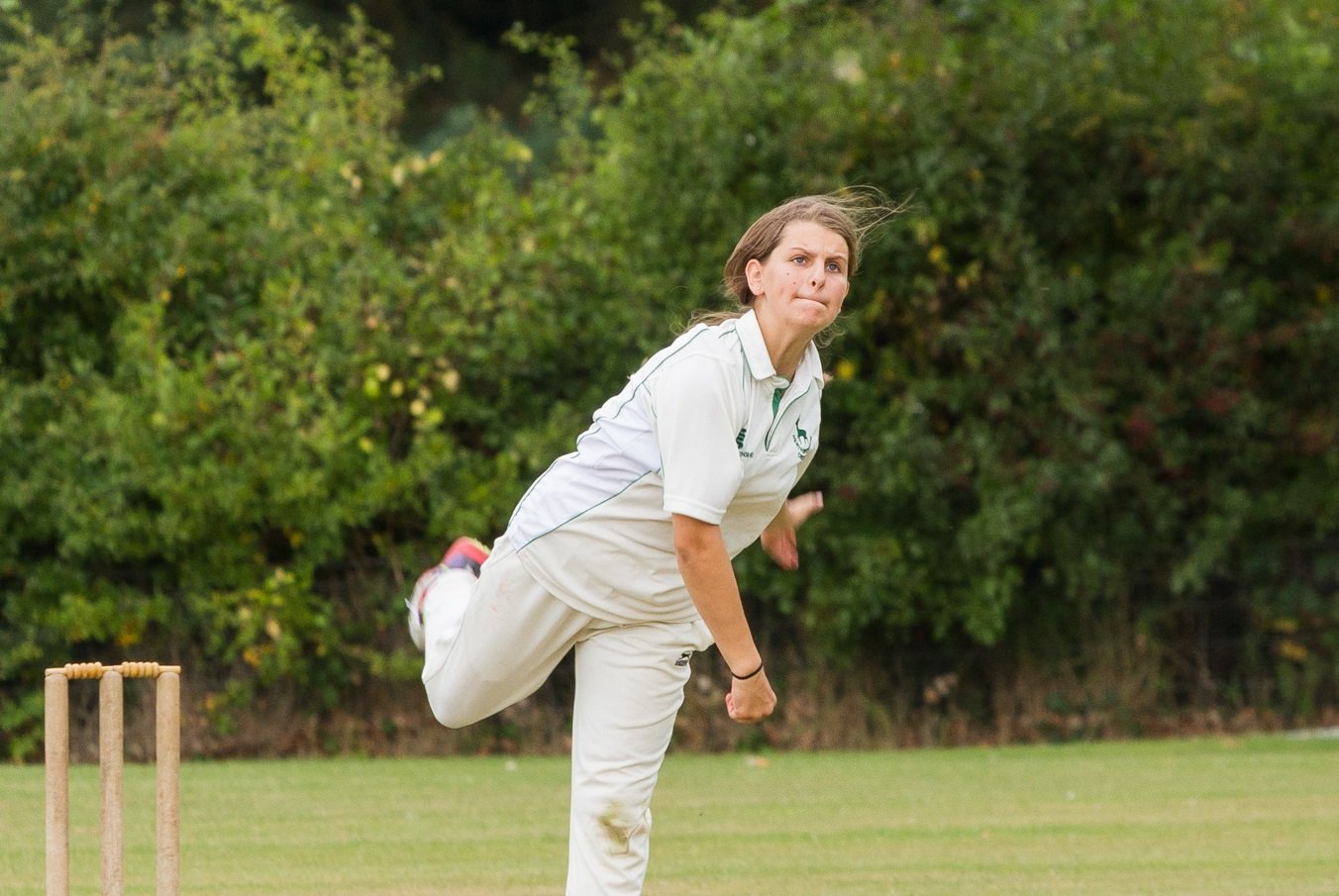 On form: Catherine Cirkel claimed 4-19 but it came too late to stop Abbots Langley posting a winning score

The Fourths had Abbots Langley on the ropes at 40 for 6 but they then recovered to post a winning score.

Sandy Reynolds (3 for 14) and skipper Mark Folwell (3 for 25) did the damage but then belatedly Catherine Cirkel was brought in to the attack to quickly remove Abbots’ main batsman, Rossiter, for 68 and the last remaining batsmen in taking 4 for 19 in six overs.

In the chase, Jonathan Cirkel (24), Phil Wheeler (23) and Reynolds (17) gave Knebworth a glimmer of hope but they were always too far off the finishing line.

They ended on 123, to lose by 41 runs, paying the penalty for not having capitalised on their great bowling start.