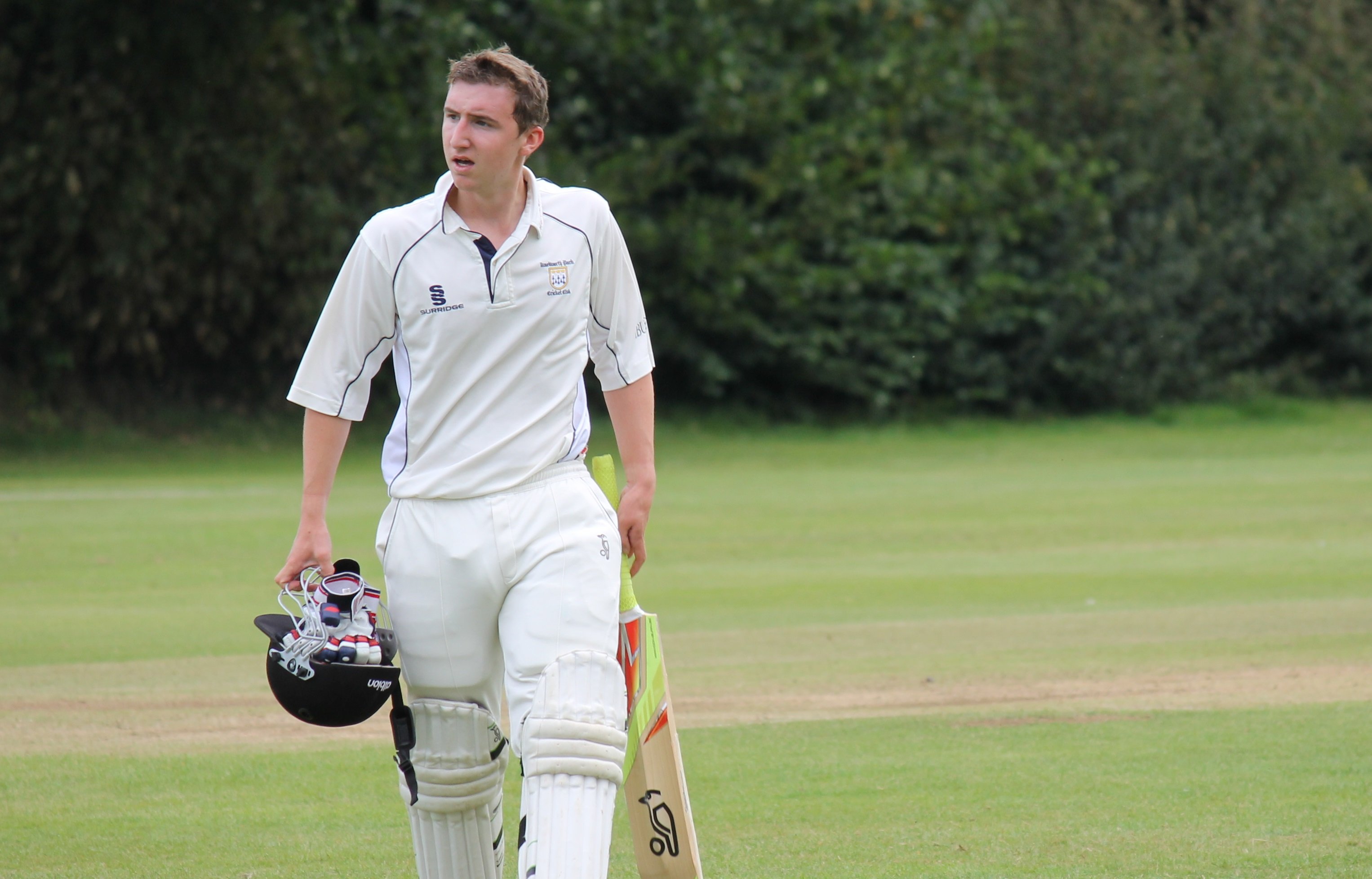 Battling knock: Tom Hills was the only Park batsmen to reach double figures

Knebworth Park Thirds failed to repeat their heroics in the away fixtures as they were well beaten by Redbourn II at home on Saturday.

In the first meeting earlier in the season, Sean Carmody’s men put up a spirited showing as they got to within four runs of victory before a spectacular last over collapse.
But the return was a much more one-sided affair as the Thirds lost the toss and had to bat first on a damp wicket after the heavy rain of the previous two days.
Only Tom Hills with a resolute innings of 24 reached double figures in a disappointing total of 74 all out.
The bowlers fought to get back in the game but there were just not enough runs on the board.
Spinner Harvey Turner bagged 2 for 14 as the visitors batted determinedly against accurate Park bowling to win by seven wickets with 75 for 3.
Category: Match ReportBy adminAugust 19, 2015Leave a comment
Tags: carmodyhillsknebworth parkredbournethirdsturner