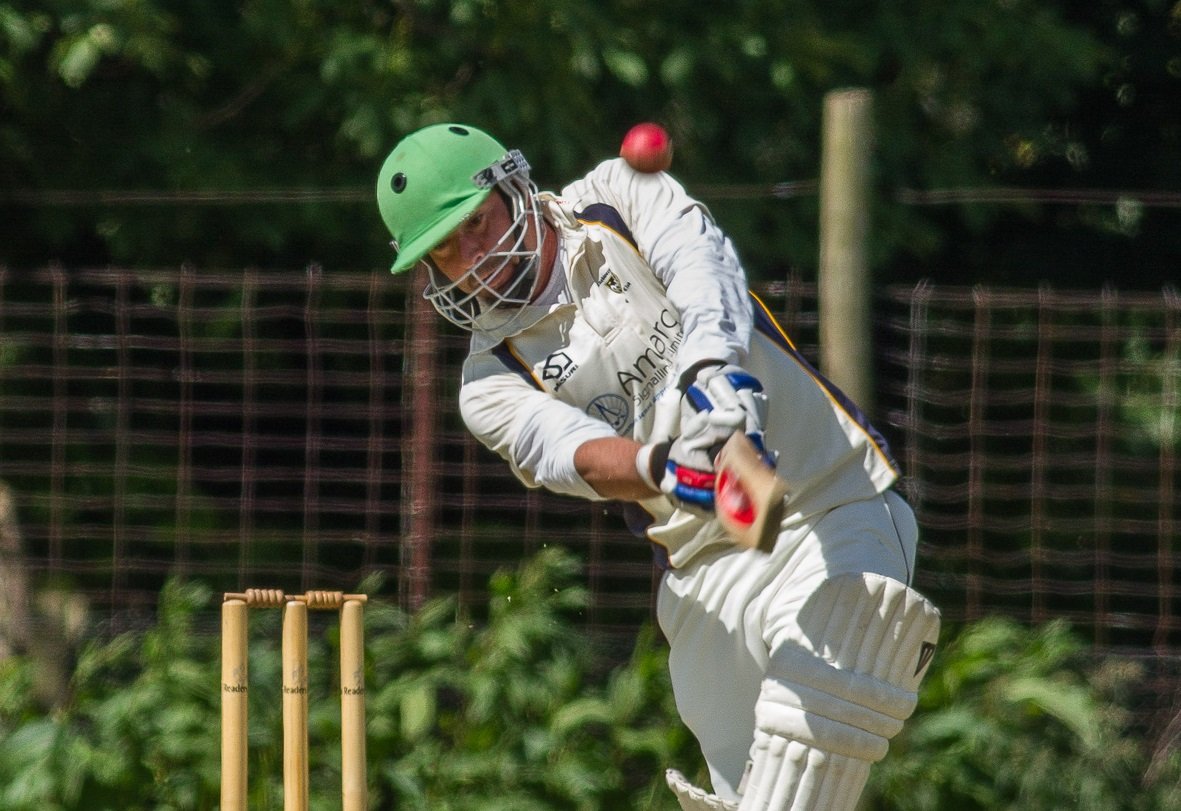 Unmistakeable: Nick English was in sparkling form with an aggressive 72 PICTURE: MIKE JONES

Impressive and tight bowling from Bobby Crowe and Kyle Roomans kept the Northwood batsmen in check.

There was also an encouraging first bowling stint of the season for Hugh Reid and a good tight spell from Joe Barnes backed up some lovely flight and guile from Michael Carter.

But, with wickets in hand and some questionable ground fielding the Northwood batsmen had licence to play their shots in the final few overs and reached a total much higher than seemed likely, to finish on 202 for 5.

However, with a very short boundary one side and a large slope and fast outfield the other, this was only a par score at best.

After Richard Jones and Tom Hills fell to shooter deliveries, Kyle Romans and Michael Carter began the fightback and were starting to build a threatening partnership until Roomans chipped straight to mid-on.

The man in the unmistakable lime green helmet – Nick English – took no time in tucking into the bowling with a number of lusty blows, ably backed up by some more classical looking strokes from Carter.

He continued to flay the bowling to all parts while the middle order scratched around trying to stick in but only ending up succumbing to soft dismissals.

When English valiantly fell trying to win the game before running out of partners for a score of 72, it looked like they would leave with very little to show for their efforts.

But a fantastic final wicket stand between Johnston and Barnes nudged the Thirds past two batting bonus point totals – the four points could prove crucial come the end of the season.

Our next game at home v Old Finchleians is a must-win affair now if we want to ensure our status for next season in this league.