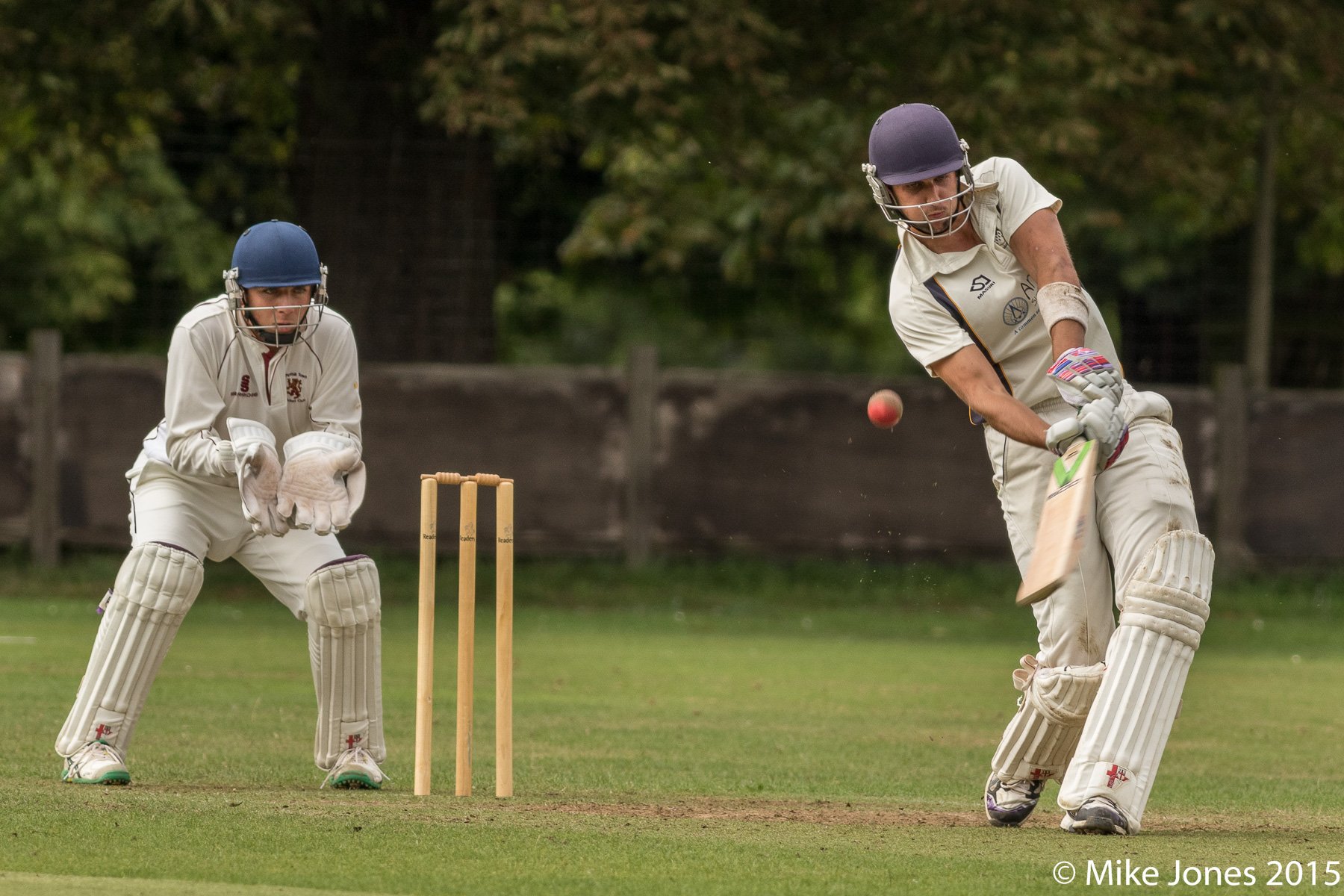 With conditions heavily affected by endless rain on Thursday and Friday, the match was reduced to a 42-over game starting at 2pm. A soft pudding was produced with a slow outfield leading to Ampthill’s decision to bowl first after winning the toss.

Runs were hard to come by early with the Park managing just 50 by the half way mark of the innings.

The second half proved to be much more fruitful though as they went on to post 145 off their 42 overs. Sam Gardiner (40) and Josh Roseberry (26) laid the early foundation to allow a return to form for Charlie Randall, who made an attractive 35 at the end of the innings and give the Park some momentum.

Guy Warman’s controlled spell of 4-19, coupled Ben Orchard’s pace provided the perfect start as their opening partnership had Ampthill reeling at 28-4 off the opening 16 overs.

After Orchard’s opening spell went unrewarded, luck was on Graham Fisher’s side as he produced three out of six long hops to record a wicket maiden in his opening over.

Spin came to the fore for the rest of the innings as the worn wicket offered sharp turn and bounce.

Luke Chapman (3-32) and Gardiner (1-24) bowled in tandem from the half-way mark putting the brakes on any chance of a successful chase as Ampthill were dismissed for 118.

The victory means Knebworth have now taken 134 out of 150 points in the last five games and are two points behind eight-placed Broxbourne who they face in a crucial clash next week.