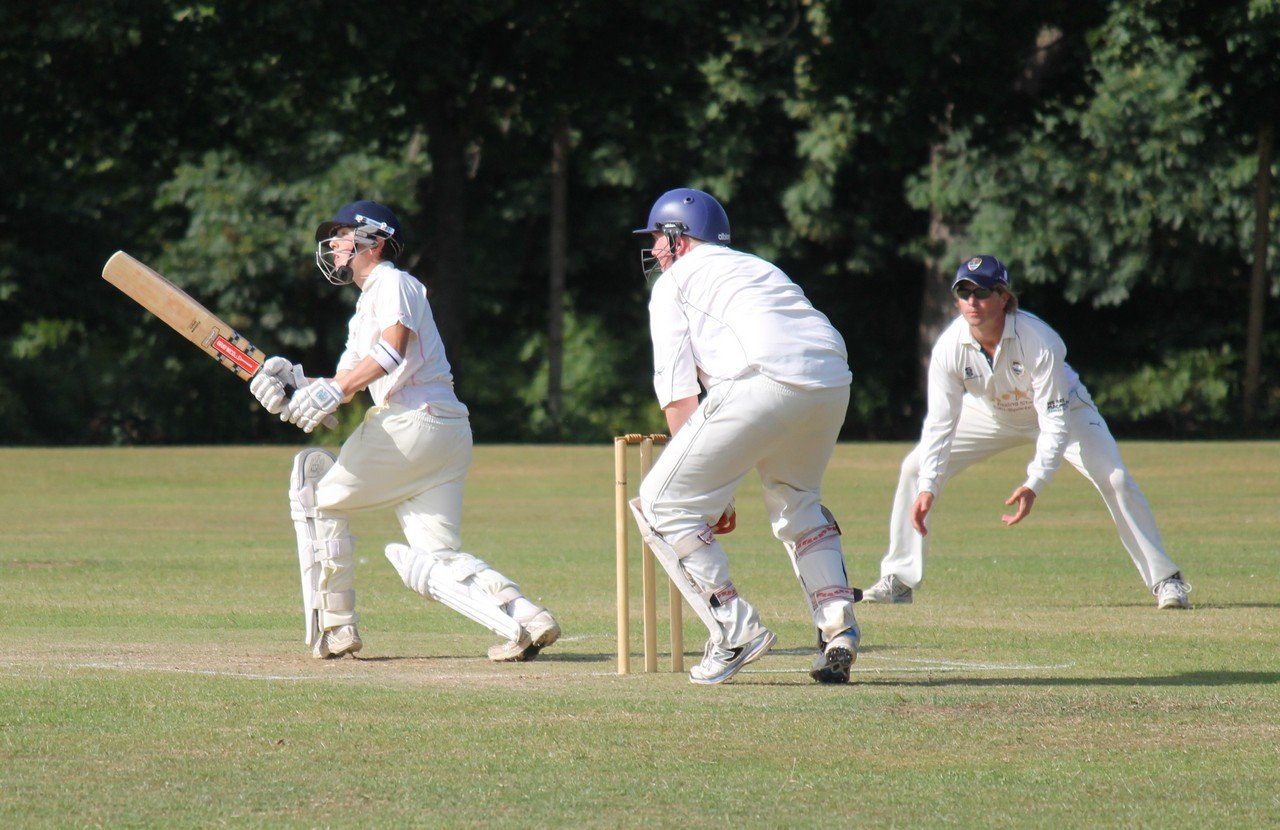 Taking control: Louis Clayton swings one away before his innings was ended in controversial style

The Thirds tasted a bitter defeat as they lost a nail-biting contest by one run to table-topping Clifton at the Park on Saturday.

But the game was soured by controversy when the opposition captain Mankad-ed the Park’s under-16 batsman Louis Clayton in a show of cynicism rarely seen in village cricket.

The incident was a serious setback to the Park’s victory chances, although they fought back well and probably still should have won only to be undone amid further controversy.

Another of the Park’s talented teens, Harry Holman, took them to the brink of victory before he skewed one to slip looking for the winning hit.

Earlier, Park skipper Sean Carmody’s decision to ask the visitors to bat paid off superbly as his bowlers skittled Clifton, who had won all their completed games so year this season, for a well-below par 132.

The Clifton batsmen spent much of the their innings whining about the two-paced pitch but, in truth, they were undone by some tight bowling and truly awful batting.

A patient tenth-wicket stand added another crucial 32 runs before Holman returned to wrap things up in his sixth over and finish with the superb figures of 3-8.

In reply, the Park stuttered to 19-3 but Clayton in a steady partnership with Tom Hills was rebuilding nicely, clattering the opposition skipper for two fours.

But as he backed up too far, the opposition skipper ran him out. The Clifton umpire’s finger shot up, the skipper, who claimed he had warned the young batsman, turned his back and walked towards his mark and a distraught, disbelieving Clayton had to leave the field.

Hills, who made a solid 29, continued the rescue job with Ian Pickering, before chipping one back to the bowler.

The score went past 100 as Pickering took control against an innocuous if tidy attack and with Holman for company the Park were on course for a comfortable victory.

Then Pickering (33) was adjudged LBW before two balls later, there was more controversy as Carmody bottom-edged a square cut to slip who dived forward and claimed the catch.

The square leg umpire and the batsman were convinced it had not carried but after a long discussion the decision again went against the Park.

Holman struck three superb boundaries in one over before Guy Johnston got in on the act swinging away two more fours.

But he was bowled with just four needed, leaving last pair Coulson and Holman to see it home.

It was not to be but as the Clifton fielders celebrated wildly, they must have been aware of the hollow ring to their victory cheers.