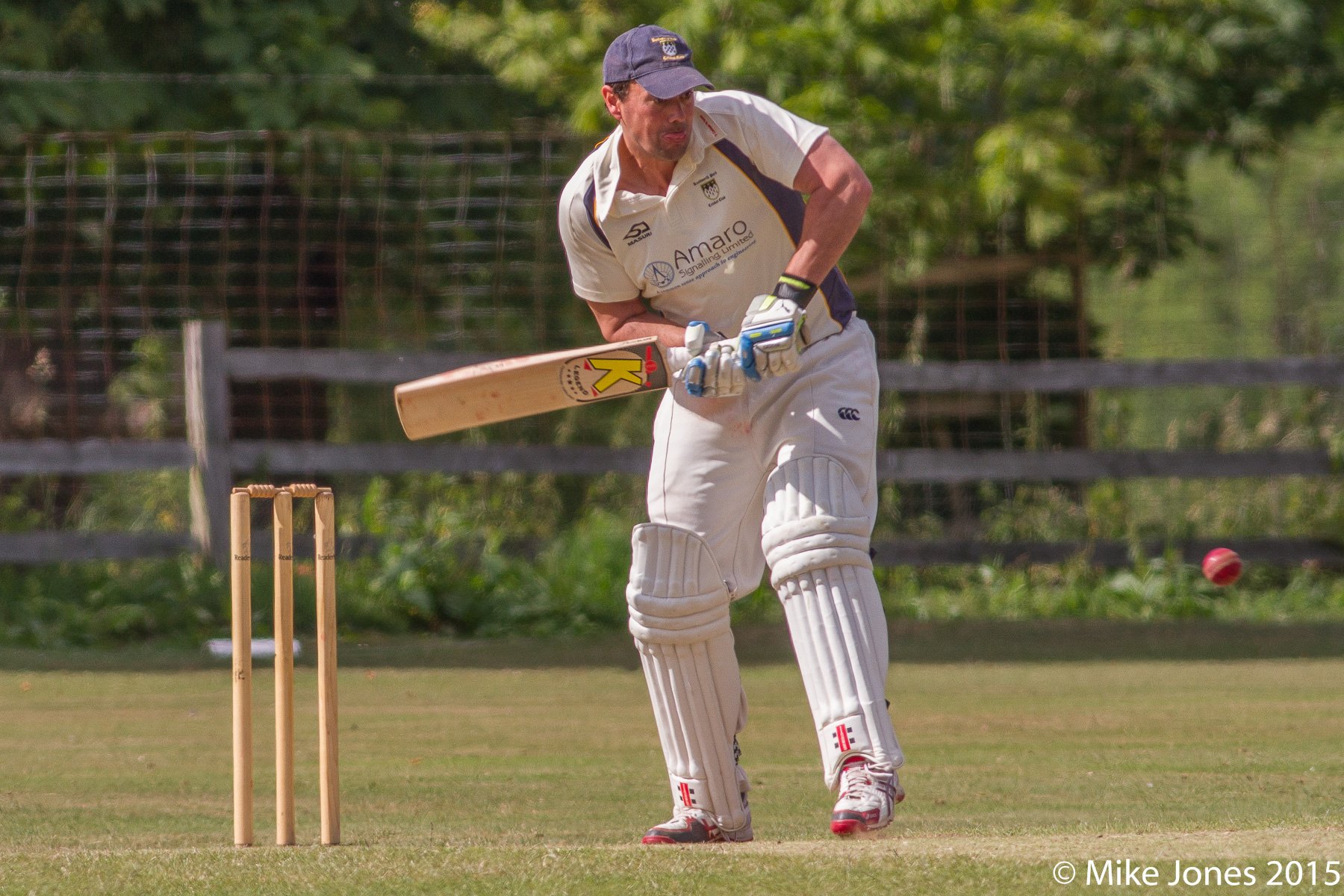 Skipper Guy Warman smashed an astonishing century but the Seconds were left to rue crucial missed chances as they failed to force a victory in dominant display over lowly Chipperfield Clarendon.

Choosing to bat first on a seeming flat track looked a poor decision as the Park found themselves 39-3 inside 11 overs.

Although the wicket showed no demons, it was two-paced early on and caused difficulty for the top order, with Tom Liversidge (11), Shaun Robinson (1) and Mark Winchester (19) all falling relatively cheaply.

Sayf Ali Khan (37) and teenager Archie Stephens (20) fought back with lusty blows but even when Khan was dismissed the score was still at a precarious 86.

This brought skipper Warman to the crease who, forced to justify his decision to bat first, produced a truly remarkable innings of 132 not out.

His innings included ten fours and nine sixes; his first 50 came in 75 balls, his second in 19 balls.

The final over of the innings went for 30 with sixes being hit off the first four balls. When the fifth ball merely went for four boos were heard from the clubhouse veranda. The innings was brought to a close at 273-8 at the end of the 49th over.

In reply the home team started so slowly it looked as though they were never interested but, crucially, they weren’t losing wickets either.

Warman (2-47), bagged the first and second Clarendon wickets in the 13th and 21st overs. A third followed for Taylor (1-26) an over later but the visitors never looked like finishing the game off.

Sharp chances were dropped as the home side pushed on from 65 in the 20th over to 121 in the 30th. Chipperfield Clarendon’s overseas player, Jennings (100), got them to a position where they needed 100 to win off the last 13 overs.

When Gareth Jones (3-34) bagged the overseas for LBW in 46th over it left the visitors a bridge too far with only 18 balls to grab two late wickets.

A win would have taken Warman’s team to the top of the table; as it stands they sit third at the half way point of the season.