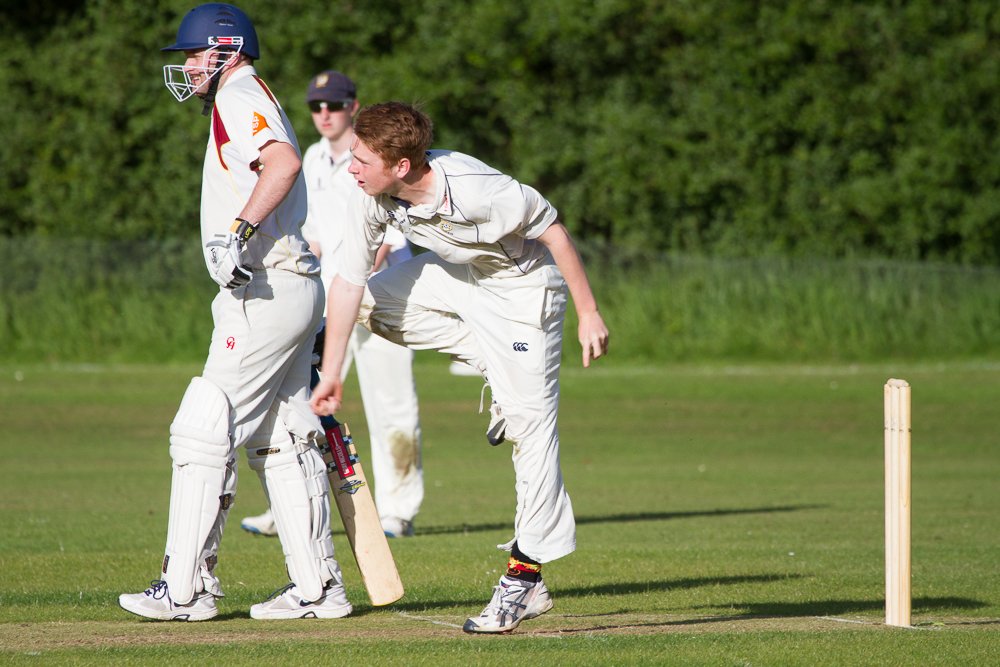 Ed Wright’s second team started Saturday’s fixture against Wheathampstead on the back foot, going into the game a man down. Batting first, Knebworth looked in real trouble at 32 for 4 with Ross Courtney (0), Ollie Pitts (12), Tom Liversidge (0) and Ian Woods (6) failing to impose themselves on the opposition’s bowlers. Teenager Archie Stephens provided some resilience with a patient and classy 24 but when he was run out Park were on the ropes at 73 for five off 30 overs and a decent score looked unlikely, especially a man down. This brought skipper Wright to the crease with another teenager, Rob Morley. The pair put on a faultlessly fluent and dominant century stand in 19 overs bringing the innings to a close on 203 all out, a very competitive total on a wicket that favoured slower bowling. In reply, the opening bowlers toiled for no reward and it was only when the pace was taken off the ball that they started to get among the home team’s batsmen. Morley featured again with two wickets, Stephens with one and surprise package Woods with another two.

With some tight fielding and controlled bowling Knebworth brought themselves into the game, losing by five wickets with two-and-a-half overs to go. In a game decided by such fine margins, captain Wright can only rue what might have been had he had a full team at his disposal.