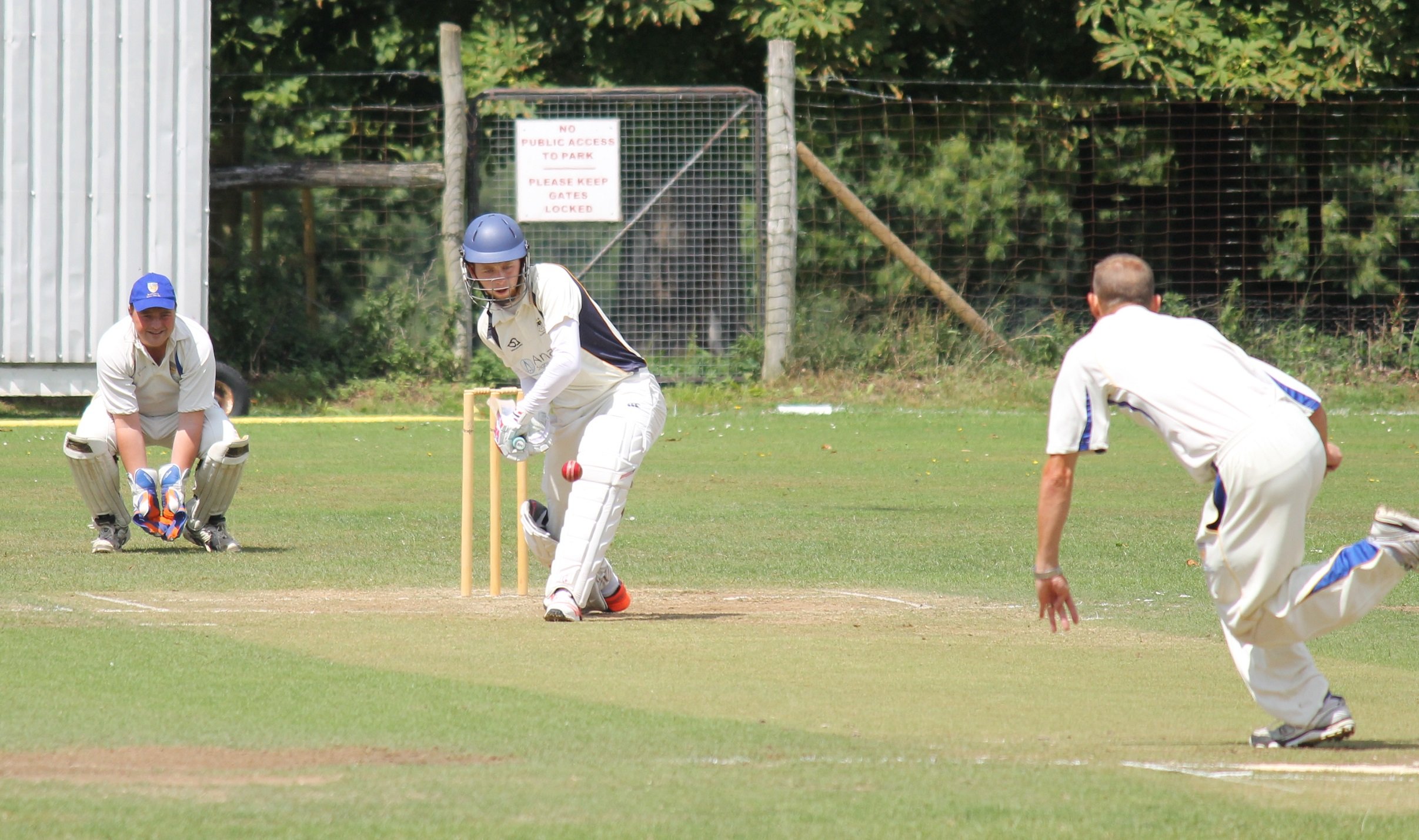 Concentration: Rob Morley defends but his stay was short-lived as he was adjudged LBW

An under-strength Seconds paid for a half-hearted batting display as Allenburys and County Hall coasted to a comfortable win at The Park on Saturday.

The home side, lacking half-a-dozen regulars, failed to capitalise on a bright start as they were bundled out for 132, which was at least 70 short of par.

After a couple of early wickets gave the Park hope, the visitors’ batsmen showed enough application and hitting power to make victory inevitable.

Although spinner Jack Orchard produced a fighting display to claim three wickets it was never going to be enough as County Hall eased home with five wickets and plenty of overs in hand.

Put into bat on a damp wicket where the ball occasionally popped, the Seconds were soon one down with Robert Morley on the wrong end of an LBW decision.

Tom Liversidge and Mark Winchester took the score to 50 in an enterprising stand, but both fell playing one shot too many.

From there the batting fell away, undone by steady seam bowling and it was left to the last-wicket pairing of teenagers Orchard and Louis Clayton, to nudge the total past the 130 mark.

Sayf Khan shot out the County Hall openers as the reply stumbled to 15-2 but the visitors’ burly No.4 was in total control, eventually hitting Khan out of the attack with three fours in a row.

The wicket was not easy but too slow to be really threatening as the ball got older and the game ended in a hurry when the No.4 launched Orchard for three another successive boundaries.