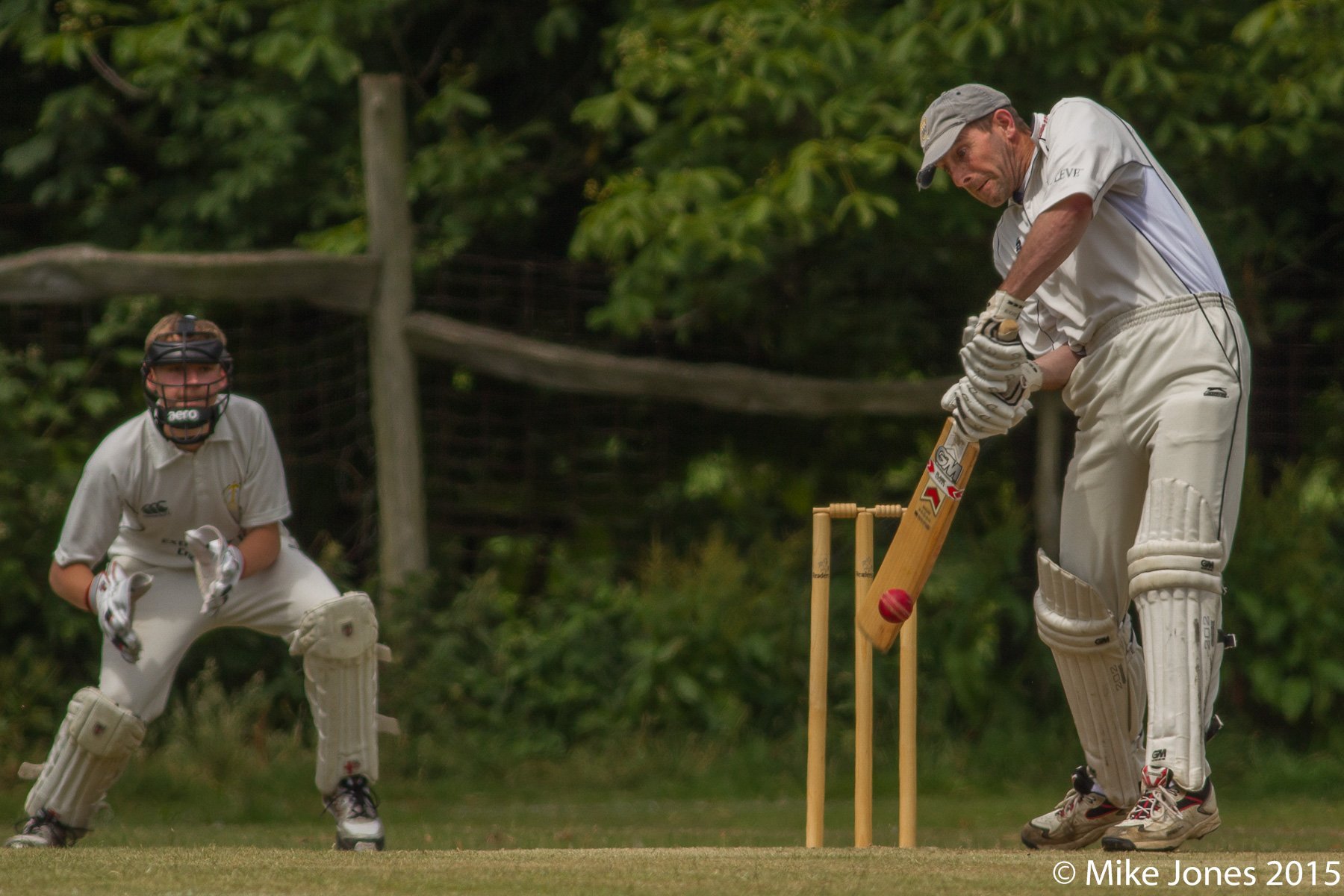 First-baller: Mark Folwell fell early to a sharp lifter but his side recovered well

A much-improved display from the Fourths away to Leverstock Green ended in a thrilling tie.

Captain Mark Folwell won the toss and decided to bat first on a under-prepared wicket that looked likely to get worse as the game wore on. And so it proved in the first over as he gloved a good-length ball which reared up straight to gully

But then the recovery started, with Cambridgeshire under-17 Harry Jarman (37) on debut putting on 52 with James Wareham (21)

It was debutant Jarman (4-47), bowling with good line length and pace, who had Leverstock in trouble at 57-5. Then some solid hitting by the tail along with the No.3 who nudged and nurdled his way to 48 before being caught at leg gully

With 2.2 overs left, they needed eight runs with the last pair at the crease. The Park missed two opportunities – a run out and a dropped catch leaving just four needed off the last over. Up stepped Dave Mantle (3-33), who found the top edge and the catch was taken with scores tied at 179.

It meant both sides claimed 20 points but was a missed opportunity for a first win of the season for the Fourths.