Fourth XI: Captain fantastic steps up for first win of the season 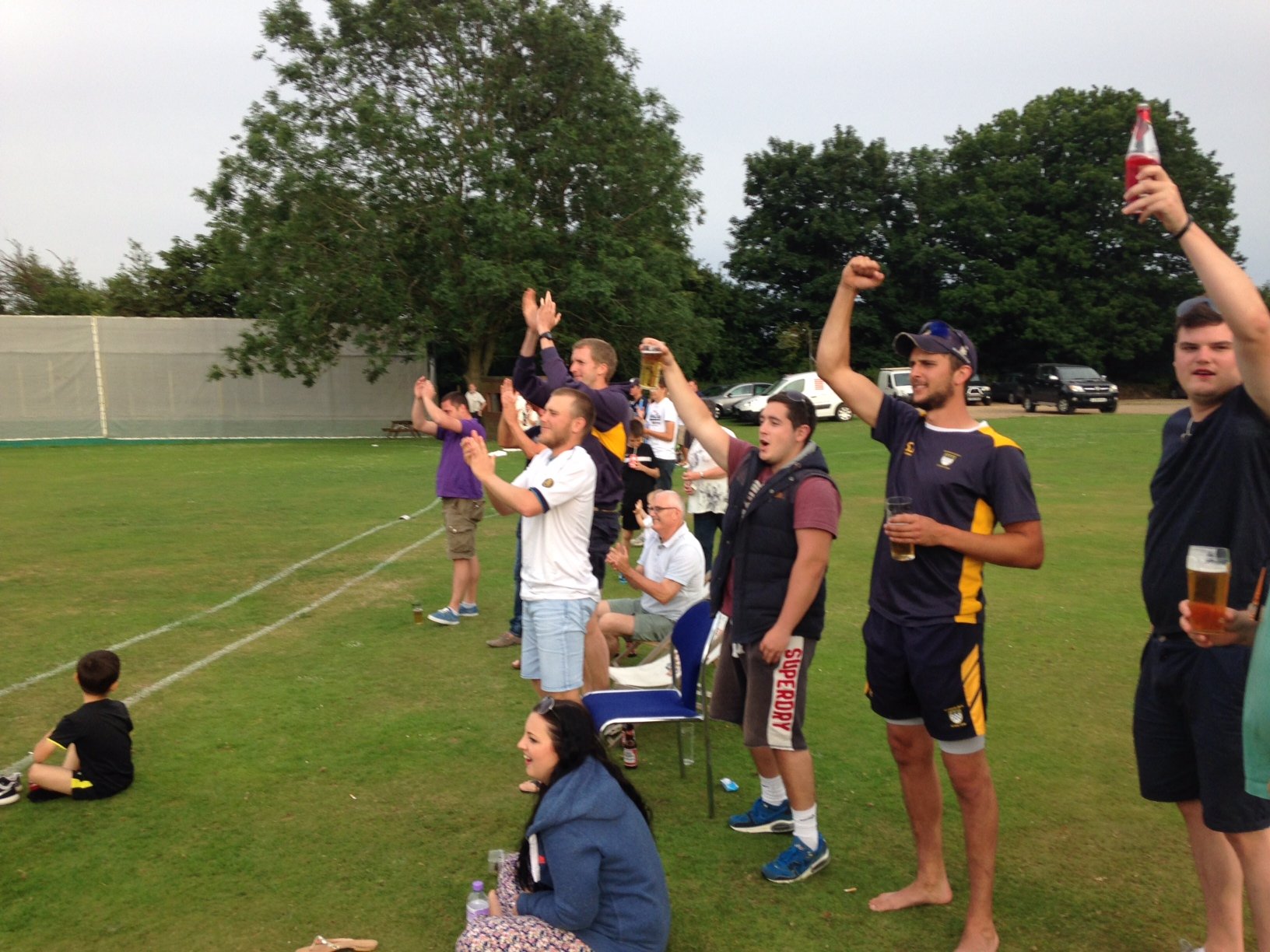 Datchworth: top of the table, unbeaten in 23 games; Knebworth Park IV: without a win this term, rock bottom of the table and seemingly destined for another defeat.

Step forward captain Mark Folwell who unleashed a backs-to-the-wall aggressive innings, with support from under-15 Matt Inman, which clawed victory from the snarling jaws of our local rivals who earlier in the season gave the Fourths a thumping defeat.

And all this before before a crowd of cheering supporters from the club’s other games which had finished earlier.

‘This was Roy of the Rovers stuff or was it more like Botham 81?’ chuckled delighted chairman Chris Johnson.

Earlier, after winning the toss and putting Datchworth into bat, the Park’s debutant Simeon Green struck in his third over on his way to 3-50, while Sandy Reynolds bowled his usual mean spell to finish with 2-32.

It was captain Folwell with 3-11 who came on to wrap up the innings, bowling out Datchworth for 183.

After losing the early wicket of Kunal Sharma in the third over, Richard Jones (35) and John Inman (23) put on 47 for the second wicket. A third wicket soon followed, before Green (22) joined Inman and took the score to 90.

Then a collapse in which four wickets fell for 11 runs left the park at 101-7.

This brought Folwell (50 not out) to join Inman (31 not out) and with some big hitting and well placed shots they put on 86 to win the game with three overs to spare.

It was a deserved win after looking good the past couple of weeks and, hopefully, we can keep this going for the remainder of the season.

And the crowd went wild: Cheers from the watching Firsts’ players as Mark Folwell steers his side to victory