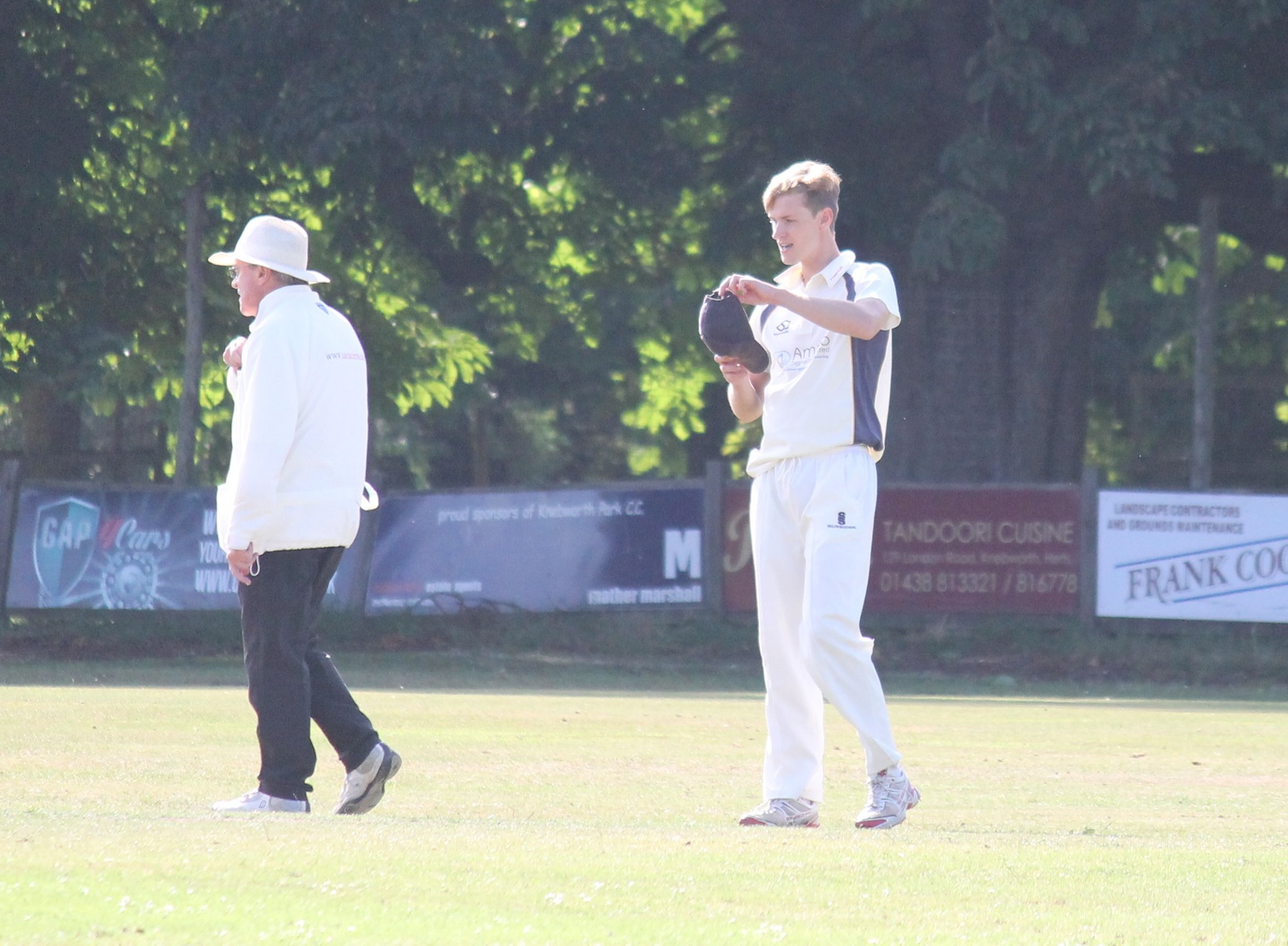 Knebworth Park romped to a shock, thumping eight-wicket win over leaders Luton and Indians on Saturday at Wardown Park, in the Saracens Herts League Division One.

It was their second successive win from a resurgent display from a Park side that has struggled for form this season, overwhelming a team that had only previously lost once and included England Test spinner Monty Panesar.

On a fine batting surface, Luton  were quickly in trouble as both of the Park’s opening fast bowlers Ben Orchard and Charlie Randall clean bowled the opening pair in each of their first overs.

The home team’s innings went from bad to worse as Orchard (4 for 47 in 15 overs) and Randall with 3 for 12 in 12 overs caused carnage as the innings reeled to 38 for 7 with only one of the first seven batsmen reaching double figures.

There was then something of a recovery from Sajad Ahmad Hamyoon (10) and Silus Charles (20) before spinners Sam Gardiner (2 for 7) and Graham Fisher (1 for 0) wrapped up the tail for a  total of 74.

There was an early scare in the Park’s reply when Adrian Holmes fell with the total only 2 but fellow open Shaun Robinson and former Park captain Ryan Skeggs, who was restored to the first team for the first time for two seasons, steered them into the home straight.

Robinson fell for 26 with 15 still needed before Skeggs (34 not out) gave the Park’s batting added authority in steering them home with support from Josh Roseberry.

Throughout most of the innings Panesar wheeled away at one end but was unable to cause the kind of trouble he used to inflict on international opponents, ending wickless.

The victory following the previous week’s win over Old Finchleians has more than halved the deficit at the bottom in two weeks ago from 66 to 32 points behind St Margaretsbury and the pack above them.