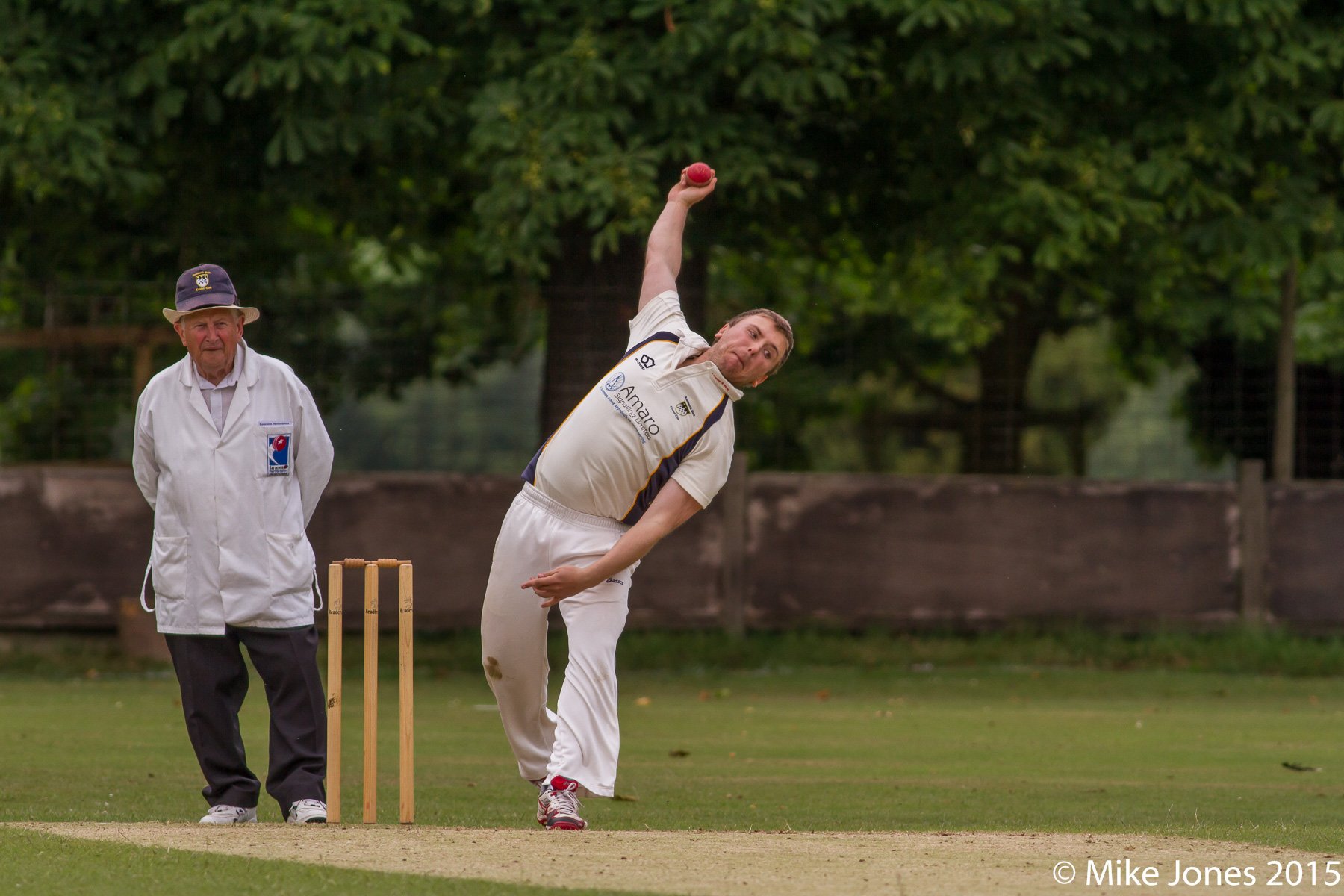 After considerable changes were made during the week, Knebworth Park Firsts headed to Old Albanian in optimistic mood.

But after a decent bowling performance, their hopes were dashed as a weak batting effort condemned them to a 43-run defeat.

The result widens the gap from relegation for the Park to 66 points, with some much needed wins required from the last eight fixtures.

Leading the way: New skipper Sam Gardiner claimed 5-25 but the batsmen didn’t back up the bowlers PICTURE: MIKE JONES

New skipper Sam Gardiner won the toss and opted to bowl in a bid to gain 30 points chasing.

Yet again the bowlers did the job for the Park. Gardiner led the way taking 5-25 off 11 overs and was backed up well by the rest of the attack.

Holding Old Albanian to a very achievable 171 on a fast outfield and good wicket left the away team happy at half-way.

The Park’s innings started poorly with three of the top fiveback in the hutch without troubling the scorers, leaving them behind the eight-ball at 14-4.

Josh Roseberry and Alex Richmond dug in for 20s until Richmond received a tough decision, changing the momentum of the game.

This brought Guy Warman to the crease who was looking to continue his fine form.

His clean striking left some hope within the group as he struck 45 in quick time.

However, once he was dismissed chasing a wide one, all hope was lost and the Park were dismissed for 128.