Under-13 girls: Stevenage rout makes it three out of three 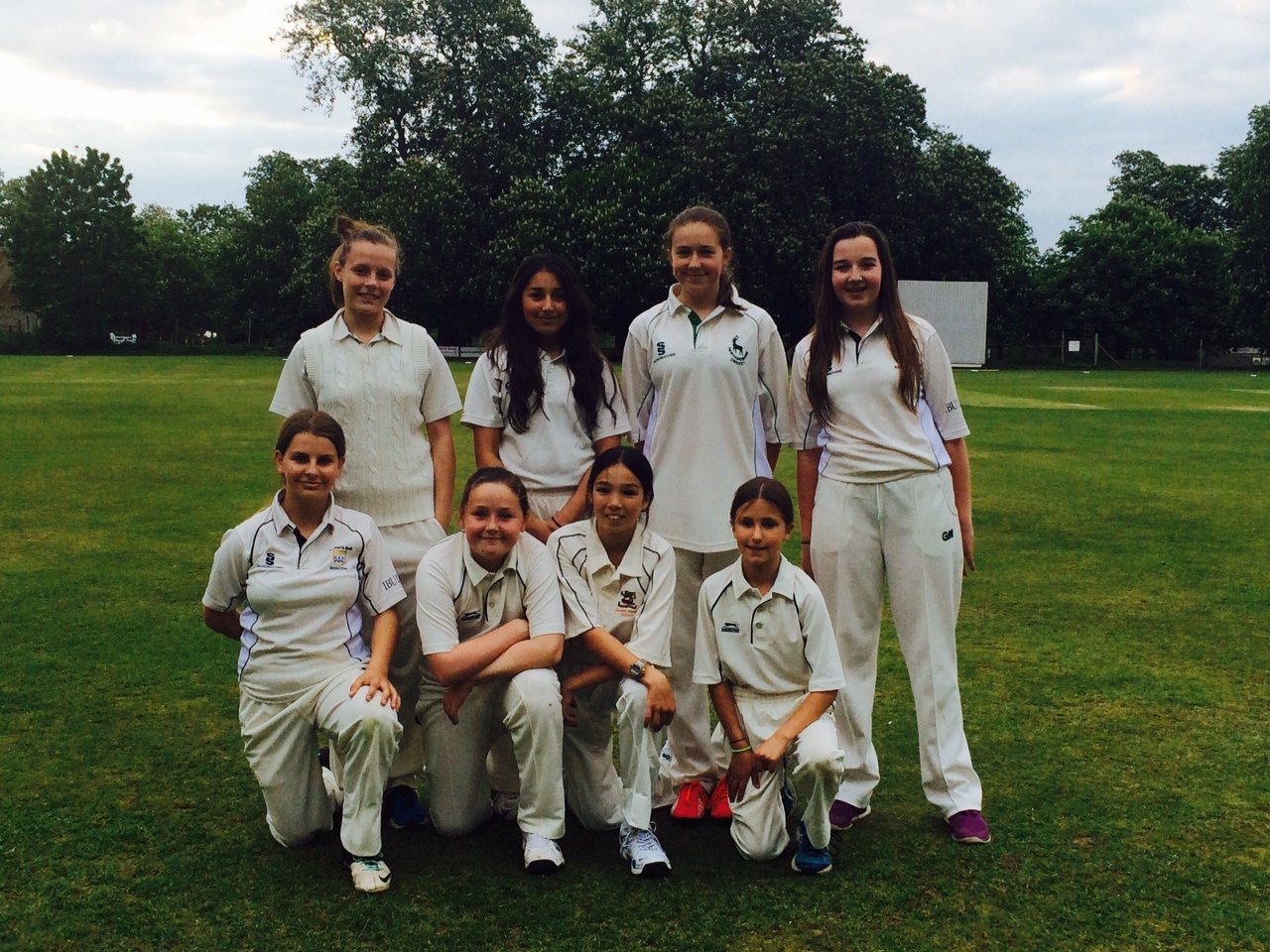 Three out of three: The under-13 girls pictured at their game against Grand Union

On a lovely evening up at local rivals Stevenage, the Knebworth Park girls continued their successful start to the under-13 Audrey Collins League. This was the third win out of three and by far the most comprehensive.

Having lost the toss and being inserted, sisters Charlotte B and Olivia saw off the opening bowlers with Charlotte hitting three good fours and Olivia backing up well with some well run singles. They finished with a partnership of 35.

In the second set of four overs, the fireworks began with Izzy smashing three sixes and three fours in her 32 from 13 balls.

Izzy was supported by one our new players, Hannah, who is showing good progress despite it only being her second game and only having had one coaching session!

So, 76-0 after eight overs when Safia and our other new player Mollie came in. Both found it more difficult to score than the previous pairs but still moved the score on to 85-1 with Mollie unfortunately being bowled by a very good ball by the pick of the Stevenage bowlers.

The fourth pair was captain Charlotte W and our other new recruit Imogen (although now in her third game).

Charlotte got off the mark with a second-ball six and in the same over, Imogen showed no fear despite a head high full toss being delivered with her just swatting it away!  Pretty good for someone giving away four years to some of the girls!

Imogen hit a lovely boundary in the second over and Charlotte hit another six and a four later for the pair to finish with a partnership of 35.

The final pair was Catherine and Olivia (batting again as we had nine players against 11) and, although Olivia batted well and hit a really well struck four, the strike and runs were dominated by Catherine with her hitting 35 from 15 balls including two sixes and five fours.  So, the innings closed with a superb 167-1.

With such a good total and a good bowling attack, Stevenage were always going to struggle but to their credit never gave up despite losing wickets regularly.

Hannah was rewarded with her first wicket for Knebworth with a massive improvement since her last game’s bowling. She also took an excellent catch.

Special mention for Imogen who, after a couple of nervous first balls bowled an excellent line and length and she was rewarded with her first wicket for the club.

Stevenage finished on 54-10 after their 20 overs. A dominant performance with bat and ball for the girls.

Previously,  matches in the league saw us start the campaign with a convincing win against ‘Grand Union’ (Boxmoor, Hemel and Berkhamstead combined) with the Park scoring 104-4  against 25-3 from 16 overs, with Imogen and Emma playing their first games for the team.

The second game played was against Abbots Langley who beat us in the league final last year by one run so it was going to be a close game and one which we had to win.

With only eight girls against Abbots’ ten and two girls  (Hannah and Mollie) playing their first ever game and Imogen only her second game for the club, the girls were superb, particularly with their bowling and fielding.

Fielding with only eight girls (no players offered to help) is tough and, despite there being obvious gaps the girls closed them so quickly the Abbots girls would have found it no different playing against ten fielders!