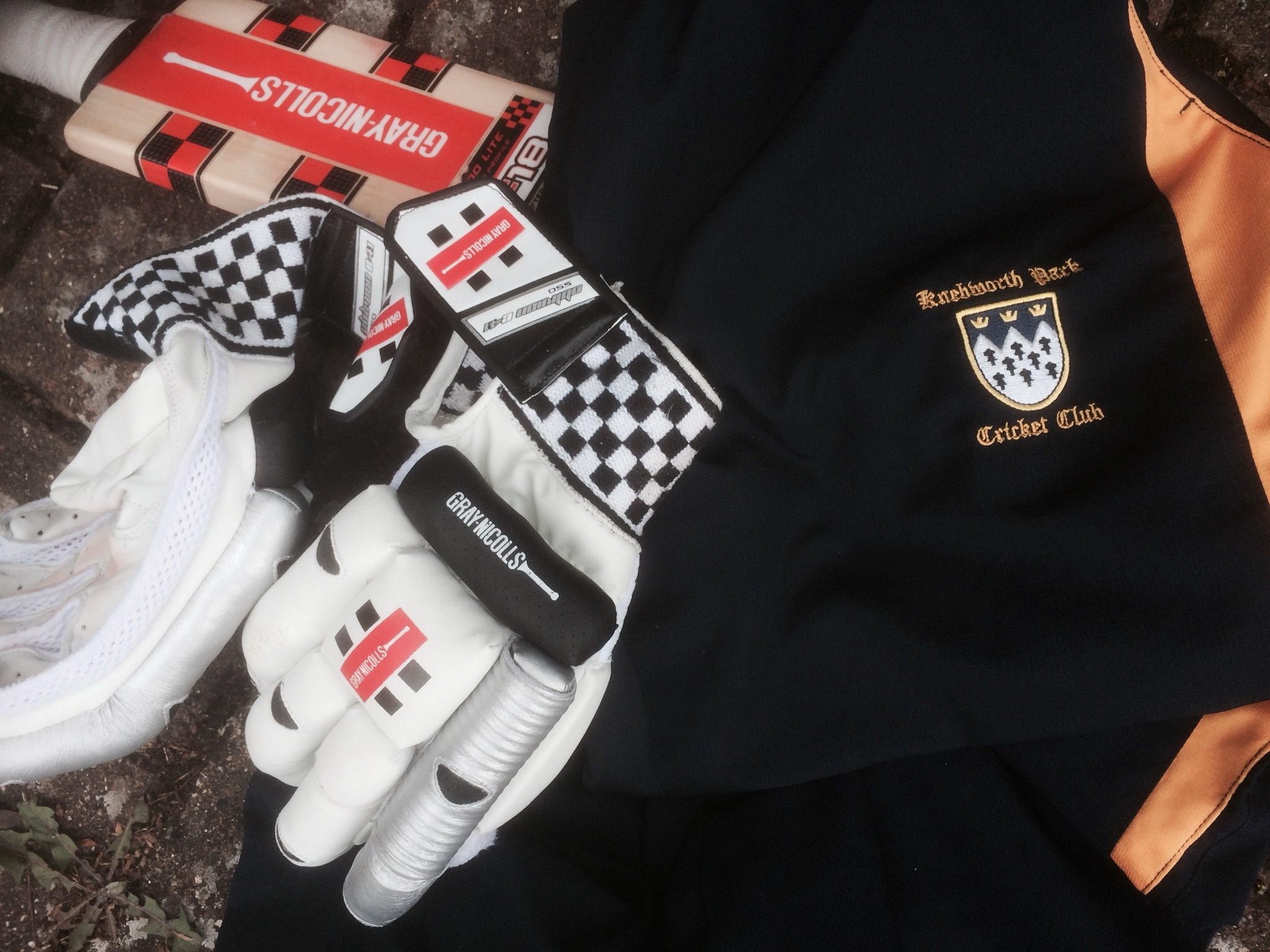 A superb all-round performance from the Knebworth girls resulted in a comprehensive victory against St Albans on a blustery and at times, very wet, evening at the Park.

St Albans won the toss and elected to field first.  With KPCC only having eight players and the visitors ten, the flexibility of the girls league meant that it was agreed that KPCC would bat for 16 overs and St Albans for 20 rather than the alternative of the opposition selecting the two weakest players (in their view) to bat again (which may result in more runs lost through wickets than gained through runs from the bat or extras in the four additional overs.

Charlotte B and ‘sis’ Olivia opened for Knebworth and despite Olivia’s nerves against St Albans’ one county bowler, she played well with big sister hitting a couple of nicely timed four but also being bowled once and Olivia also being run out.  So, we ended the first four overs at 16-2

Mollie and Safia were our next pair and despite three slow-scoring overs (including Mollie being bowled), the girls were excellent in their running in the final over pinching four quick singles. leaving us 23-3 after eight overs.

Our third pair of Izzy and Imogen then aimed to accelerate the scoring and Imogen was unlucky to be bowled off her pads when attempting to pull the last ball of their first over.

After that, both girls played well.  Imogen showed that she has a good head for cricket by very calmly accepting the beamer she got smacking her in the front of her helmet and immediately taking guard for the next ball (fortunately she was fine and kept her great smile throughout!).

Izzy smacked a four and then in the next over hit an even more powerful shot to clear the leg-side boundary.  Imogen then played a good shot backward of square for four off the last ball of the pair’s innings.

The final pairing was captain Charlotte W and Emma.  Charlotte showed she meant business from the word go, hitting three fours in the first over.

Emma joined the party in the second with a boundary and a couple of singles of her own and then, following a quiet third over, Charlotte continued punishing the bowling with another three boundaries.

An impressive innings of 32 off 13 balls for Charlotte (all good cricketing shots, too!) supported by Emma meant we finished with a very respectable 93-5 (293-5 for the league).

The St Albans innings never really got going in reply with the opening three overs  (Charlotte W, Charlotte B and Emma) resulting in just eight runs while Emma claimed the first two of her wickets.

The fourth over was an unusually nervy one by Olivia but she also got a wicket with her last ball.

For the second pair, Charlotte W bowled her second over and got a wicket, Emma followed with another then Charlotte again with one more.

Emma then bowled her third superb over which was a double wicket maiden.

Although Charlotte bowled very well (3 overs, 2 for 9), Emma’s figures were incredible (3 overs 1 maiden 5 wickets for 6 runs)!  It was a super spell of inswing bowling.

Mollie continued her improvement with a good couple of overs against the third St Albans pair and was rewarded with a wicket in her first over and Imogen, too, bowled tidily.

At this point, although the game was well beyond St Albans at 210-9, there was still scope for them to push on the total to something respectable.

However, the innings fell into disarray in the 14th over (bowled by Olivia) where, in the space of four balls, there was a run out, a wide, a stumping (by Charlotte W who had swapped with Izzy) and another run out!

Things didn’t improve for the visitors when yet another run out happened in the 16th.  Charlotte Banks must have eaten something special for tea as her two run-outs were super direct hits!

The last four overs to finish off the match were bowled by Safia and Izzy.  Safia bowled a lovely length and her line was rewarded with three wickets.

Although it was a very one-sided game, the girls should be applauded for their super bowling with a pretty wet ball at times and the way they continued to support each other and look for improvements in their own game when it could have been easy to switch off.

Another fine win means that’s four from four played with two matches being conceded to us as well.