Under 12A: Four-wicket Jack swings it Park’s way 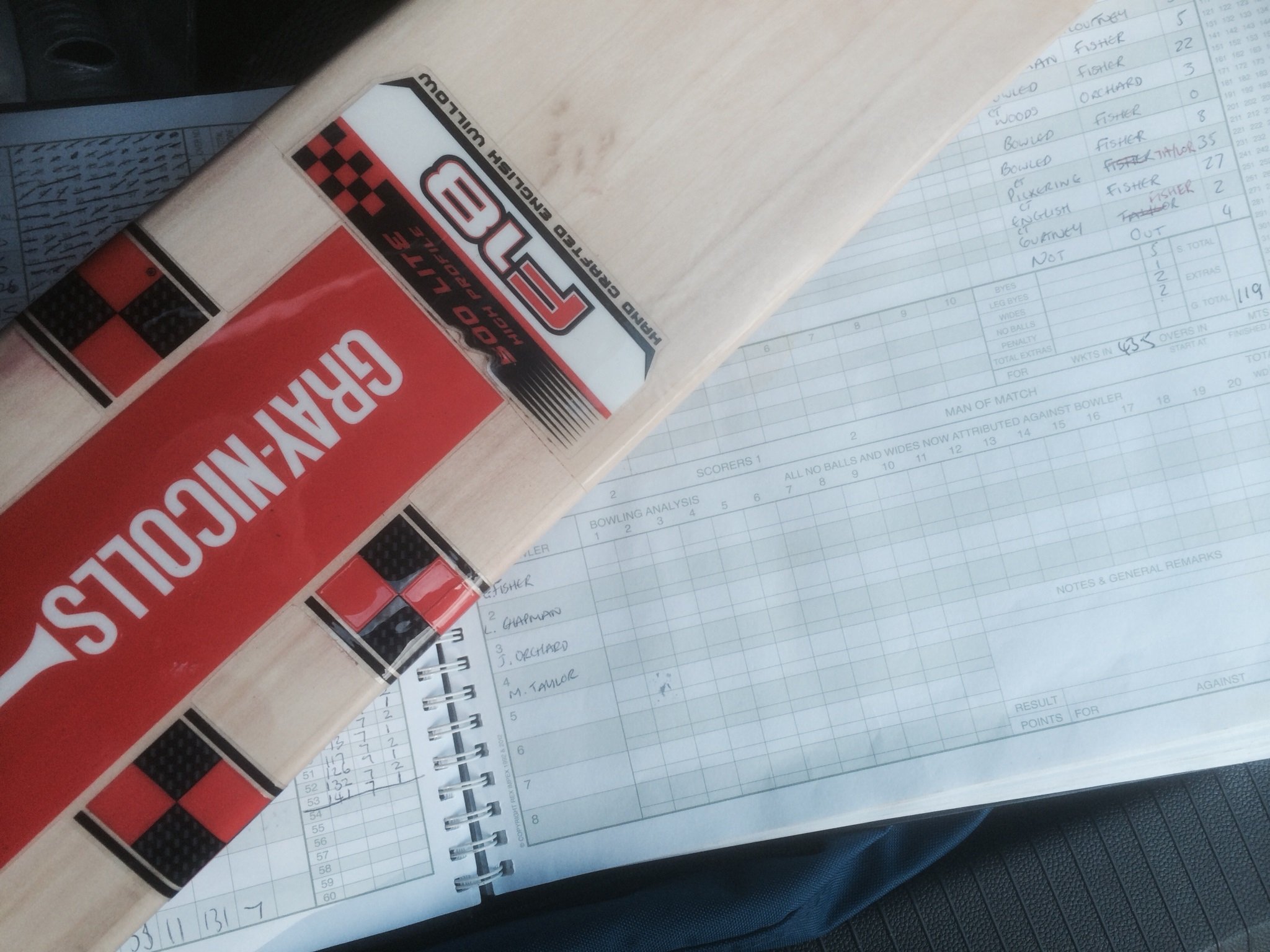 Bishop’s Stortford made the long journey over to Knebworth Park for our second leg on another warm and sunny evening.

Skipper Ollie won the toss and elected to bat on what looked like a fairly decent wicket – not much would have changed since the boys put-in that excellent innings of 181 a couple of evenings earlier.

Spencer and Ollie opened the batting and for the second game running, the luckless Spencer found himself back in the shed much earlier than we’ve become accustomed to, although this time he was bowled by a very good delivery mid-way through the second over.

Ollie and Jack tried to steady the ship as some early nerves threatened to take hold and just as things looked to have settled, Ollie lost his wicket to another very fine delivery from the other opening bowler.

The Park parents seemed eerily quiet. Josh and Jack really knuckled down, however, with both boys demonstrating determined resolve.

And, although Josh looked like he was in confident form again, striking a couple of lovely boundaries off the front foot, he suddenly found himself bowled in the seventh over with the score on a rather worrying 27-3!

Latecomer Dan had a good long chat with Jack in the middle.

The boys took a deep breath and then set about building what would become a match-saving partnership of some 50-odd runs in a little over six overs.

And while Dan had most of the strike, smashing seven boundaries to reach his second retirement of the season, Jack played a strong supporting role, striking some powerful shots of his own.

With Dan enjoying a well-earned cold one back in the club house, Jack and Freddie would continue the momentum for a couple of overs or so until Jack was well caught behind with the slightest of nicks.

By this time any thoughts of failing to record a defendable score had long since evaporated as the Park were into three figures (for the seventh time in eight games) with three overs still to come.

With Jack back in the shed, young Kobie was keen to keep the scoreboard ticking over, driving nicely to mid-off for a quick single but he was back in the club house a few balls later, bowled by another corking delivery from one of the returning opening bowlers.

But then the scoring almost ground to a halt as first Freddie and then Charlie – in for his first bat this season – were undone by the other returning opening bowler.

Dylan, meanwhile, had managed to smash a boundary and Will got off the mark first ball to close our innings on a reasonably defendable 113-7 from our 20 overs.

After a quick break, Ollie led the boys out for the second half.

The new ball was given to Freddie and Kobie, who both attacked from the bell, the former with sizzling pace and bounce, and the latter with excellent line and length.

Kobie struck first, with two quick wickets in the fourth over removing both openers to similar deliveries – forcing the batsmen to spoon fairly straightforward catches to safe-hands Will, patiently waiting at point.

Stortford’s next two batsmen had to dig deep but dig deep they did, seeing out the opening spell while keeping the scoreboard ticking over, at 35-2 after six overs.

Dylan and Dan were first change, both boys keeping up the pressure, with the usual assistance from the boys in the field.

Ollie (for the first ten overs) and then Charlie were excellent behind the stumps; and Alfie – a last minute stand-in from the U11s squad – found himself tearing round the boundary doing a great job saving the odd boundary or two.

But at 61-2 after 12 overs things were getting a little tense.

So Ollie played his trump card, bringing himself and Jack on for the next spell.

A couple of balls later the remaining batsman was also bowled with another of his full, inswinging deliveries.

Jack then grabbed a third in his second over and, not to be left out amid the growing crescendo of excitement, Ollie chipped in with a wicket of his own, too, clean bowling the visitors’ No.7 batsman.

First, Jack was to take his fourth wicket (yes, bowled again) with the second ball of the 18th over; then we had a thrilling 19th over from Will where we enjoyed not one but two successful run-outs by Dylan and the omnipresent Jack.

And then Charlie chipped in with his second catch of the season behind the sticks with Ollie’s third delivery of the last over to have the visitors all out for 91 runs with three balls to spare. Phew!

Well done again to both keepers, to everyone in the field and a big thank you to Alfie for standing-in for an unwell Nav at the last minute.