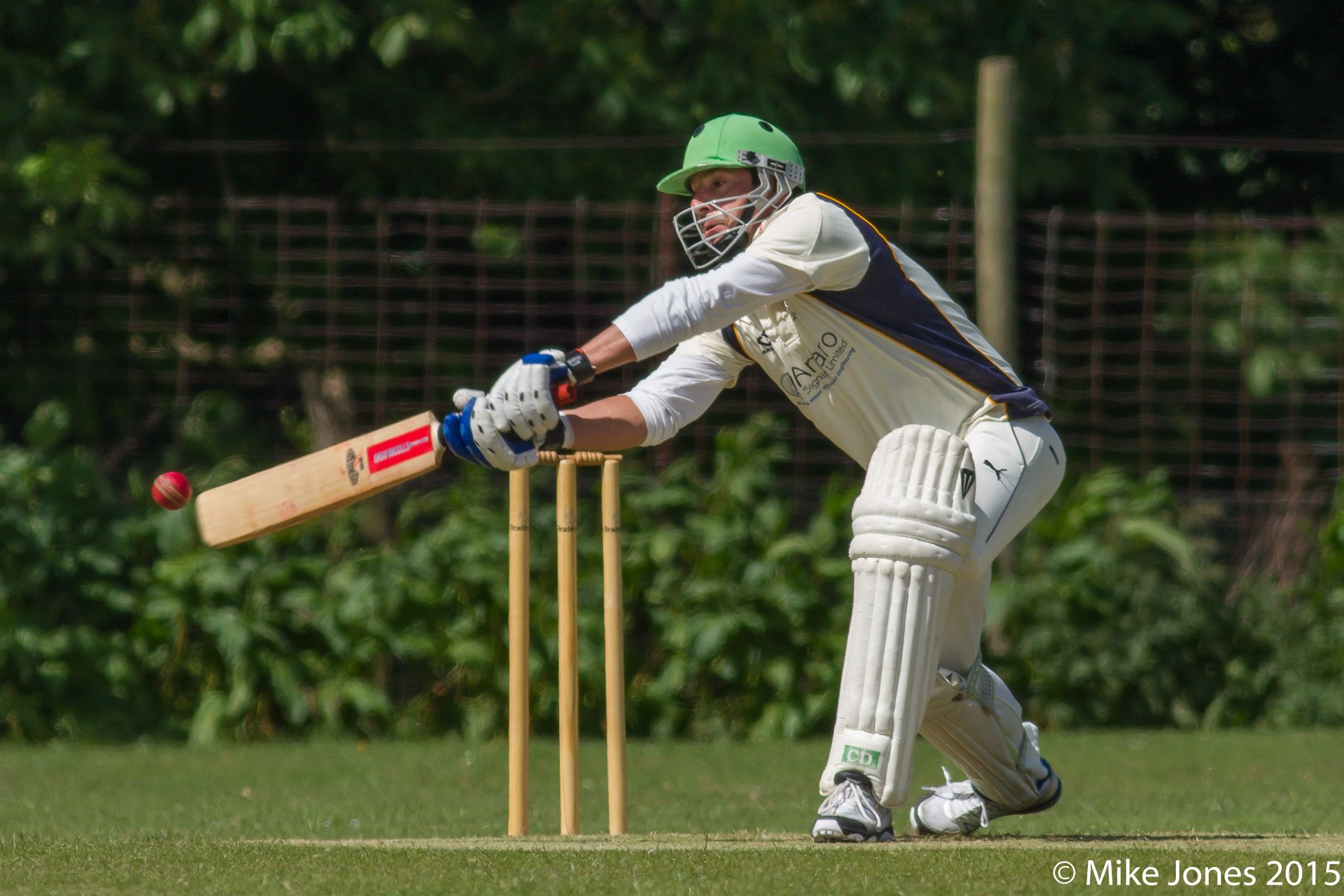 Full stretch: Nick English reaches out to crack a boundary over point as he powered his way to 60 PICTURE: MIKE JONES

A dazzling half-century by Nick English gave the Thirds a sniff of victory against Hatfield and Crusaders – only for the visitors’ late-order hitters to smash them to victory.

English came in with his side struggling, having lost four wickets with just 40 on the board. Always picking the right ball to attack, he produced a powerful display of clean hitting, which lifted the home side to what looked to be a competitive 182 all out.

The game was in the balance until the last few overs when Hatfield’s Nos 7, 8 and 9 blasted a succession of big hits to take them over the line with three wickets and more than two over overs to spare.

It was a deflating blow for the Thirds who had looked in control throughout but paid for a couple of dropped chances and some lose bowling when it mattered.

Captain Sean Carmody won his first toss of the season and elected to bat on a wicket which offered more in uneven bounce than it did in sideways movement for the bowlers.

The Park found themselves in trouble against a modest attack, with only Dave Barwick holding firm. But he needlessly ran himself out when on 20, which brought English to the crease.

He showed his intentions early, lofting a mighty six off the Hatfield left-arm spinner and continued in the same vein, striking some powerful blows down the ground.

He shared a partnership of 115 with Ian Pickering, who made a solid if laboured 41, and, with plenty of overs to go, they took the total past the 150 mark.

But English was unluckily bowled off his pads by a ball which was heading well down the leg side. Pickering then tamely spliced a high full toss to midwicket but did not get the expected no-ball reprieve.

The rest of the batting fell away, until a watchful last-wicket stand by Jo Coulson and James King added vital runs, mostly by way of extras – the Hatfield bowlers conceding 40 wides in the course of the innings.

In reply, Hatfield were away to a decent start but skipper Sean Carmody, who bowled seven maidens in his ten overs, claimed two wickets. The visitors rebuilt through a staunch half-century stand but when Pickering trapped the burly No.4 leg before, the Park were well on top.

Under-17 Coulson joined the attack and, in an impressive first spell at this level, he claimed three victims to keep the game well in Knebworth’s favour.

Enter Hatfield’s big guns and Pickering conceded two fours with a couple of poor short balls, before a straightforward chance off the last ball of his otherwise tidy spell was put down at mid-wicket.

With Carmody bowling himself out and Coulson unable to return to the attack, there was no respite for the remaining bowlers who were clubbed powerfully over the legside. Harvey Turner claimed a wicket but he was the unlucky bowler whose off-spin was smacked twice for six in the space of a few balls to end the game.