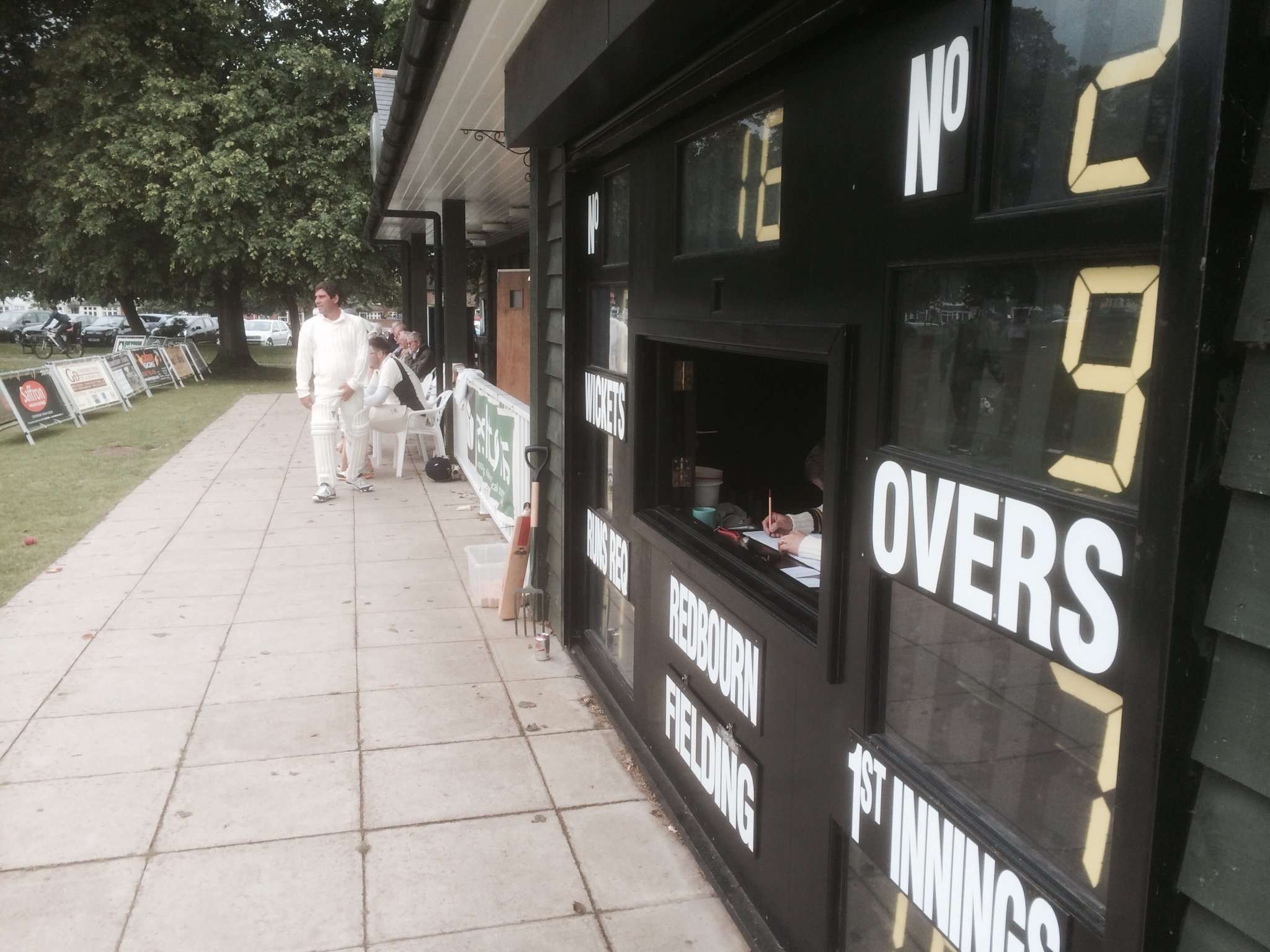 The Thirds lost four wickets in the last eight balls as they snatched defeat from the jaws of victory in a last-over thriller against Redbourne II on Saturday.

Sean Carmody’s side needed just five runs to complete a well-judged run chase when they fell away under the pressure of securing the points.

First, Gareth Jones was bowled as he attempted the winning hit against one that kept low, top-scorer Ian Pickering was run out trying to get back on strike, Guy Johnston was bowled and skipper Carmody was run out off the last ball.

The Thirds secured 18 points from the game but were left shaking their heads at what might have been.

Bad weather reduced the game by 13 overs but both sides were keen to get playing despite the dank conditions and squelchy run-ups.

Electing to bat the home side raced away to a good start as the Park seamers bowled too short at the Redbourn openers.

The stand was broken on 71 by under-17 Jo Coulson (1-15) who produced another promising performance, showing the merits of keeping the ball pitched up.

From then, the Park spinners, Pickering and Harvey Turner, brought their side back into the game, dismissing Redbourn for 192 in the final over.

Pickering claimed 6-44, his best figures for Knebworth. His wickets included two sharp catches behind point by Turner, who finished with 2-57 and bowled the ball of the game to bowl the Redbourn skipper.

Keeper Jono Evetts took a sharp low catch and pulled off a smart stumping, before running out the last man with a direct hit to complete an excellent performance behind the sticks. The Park’s cover fielding also played a part with some superb stops keeping the Redbourn batsmen frustrated.

In reply, Knebworth were struggling at 36-3 before an enterprising 60-run stand by Nick English and Danny Digweed got them back on track.

English struck some fine straight blows, including one mighty six, while Digweed also looked in great touch as he also took the game to the opposition.

After English (29)  slapped a full toss to cover and Digweed (34) ran past a turning ball to be stumped, Evetts and Pickering went to work with a well-paced 71-run partnership in just 12 overs.

They brought the equation down to just 21 off the final four overs before Evetts, who was given several lives early on but struck some clean blows in his 36, was caught behind.

Pickering (47) and Jones seemed to have assured victory with an over to go but the Redbourn bowlers held their nerve to secure the 30 points.

Despite the disappointment of losing, the Thirds can take great heart from another spirited performance and from playing their part in such an enjoyable, attacking game of cricket.