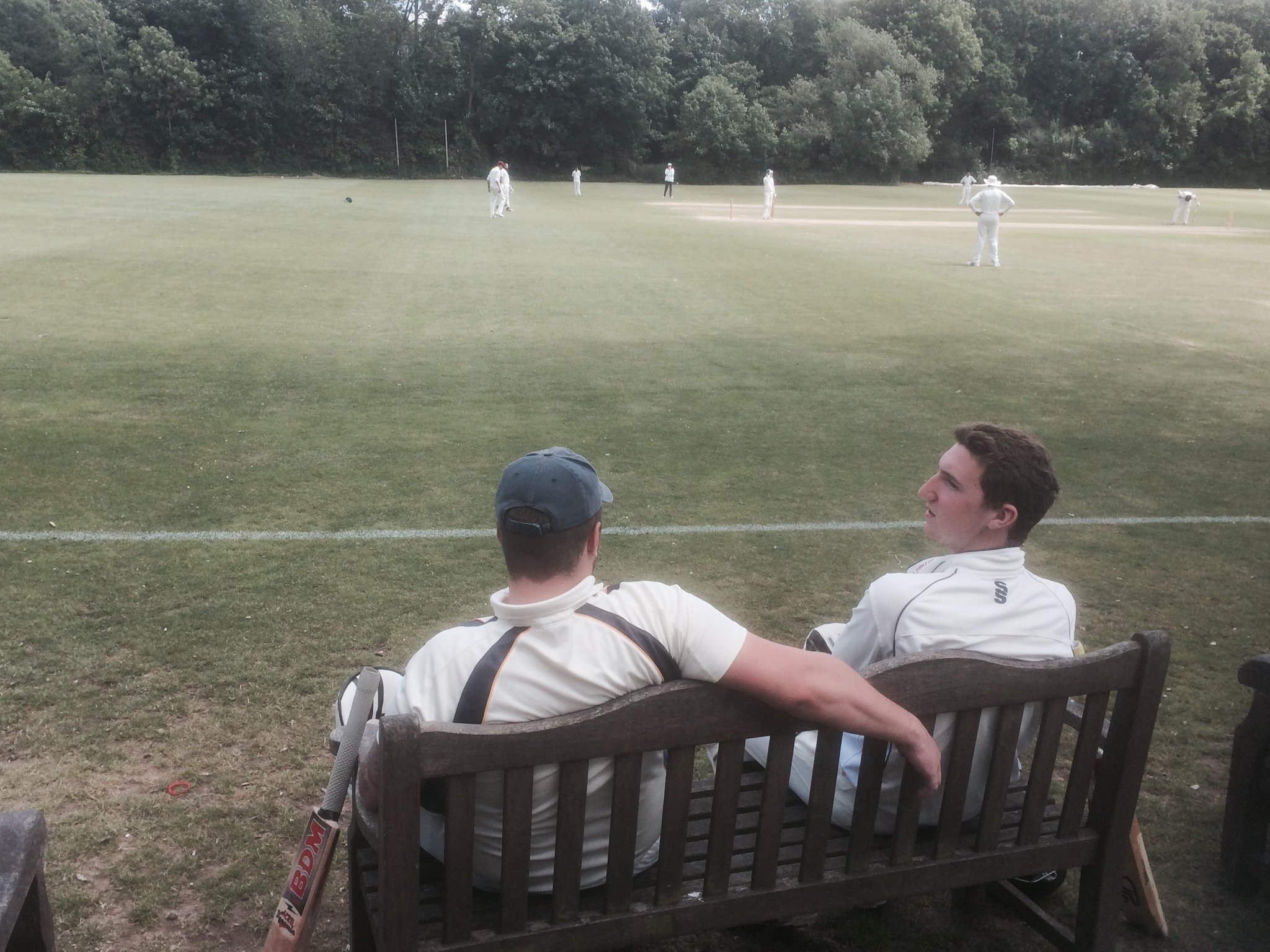 Waiting to bat: The Knebworth Park innings gets under way at old Finchleians

TEENAGERS Louis Clayton and Archie Stephens led the way with the bat before veteran slow left armer Eddie Large wove his magic to secure a spirited win for the Thirds at Old Finchleians II on Saturday.

Under-16 wicketkeeper batsman Clayton and 15-year-old Stephens rescued the Knebworth Park innings with mature and skilful knocks on a difficult wicket as the Park finished on 177-6 from their 53 overs.

Stephens also produced one of his best spells at senior level to stall the Old Finchleians’ reply before Large was introduced for his first league bowl for a couple of seasons.

The 65-year-old’s combination of loop, flight and spin left the batsmen bamboozled and he claimed three wickets to ensure the Park eased home by 64 runs.

Earlier, the Park lost the toss and were asked to bat on a firm, dry pitch where the bounce was never consistent. Park openers Bobby Orlandi and Dave Barwick ensured their side got away to an excellent start with a controlled half-century stand.

But when Orlandi (27) fell trying to up the tempo and Barwick, who made 24, was undone by one which scuttled through low, the innings subsided to 59-4.

Stephens fell for an excellent 37 with the score on 111 and there was still plenty of work to do. Clayton and stand-in skipper Ian Pickering added 66 in the last 15 overs before the latter was out for 31 off the penultimate ball of the innings. Clayton remained unbeaten on 41.

The total looked handy but with a bowling attack which seemed a little thin on paper might yet have proved inadequate.

But games are won on the pitch and not on paper. Pickering’s direct hit from mid-wicket and a sharp turn and throw from Tom Hills removed the home side’s best batsmen.

In between Stephens and fellow opening bowler Guy Johnston claimed a wicket apiece to leave Old Finchleians struggling on 36-4.

Large, baffling the batsmen with his extreme loop,  combined well with Jonathan Cirkel who claimed two wickets with an eight-over spell of controlled medium pace.

It was left to under-17 Joe Barnes on his debut for the Thirds to wrap up the innings thanks to Hills’ well-judged tumbling catch.

The victory was a welcome reward for a side which has played some excellent attacking cricket over the past few weeks without getting the results it deserved.