Performance of the week: Ollie Pitts and Luke Chapman 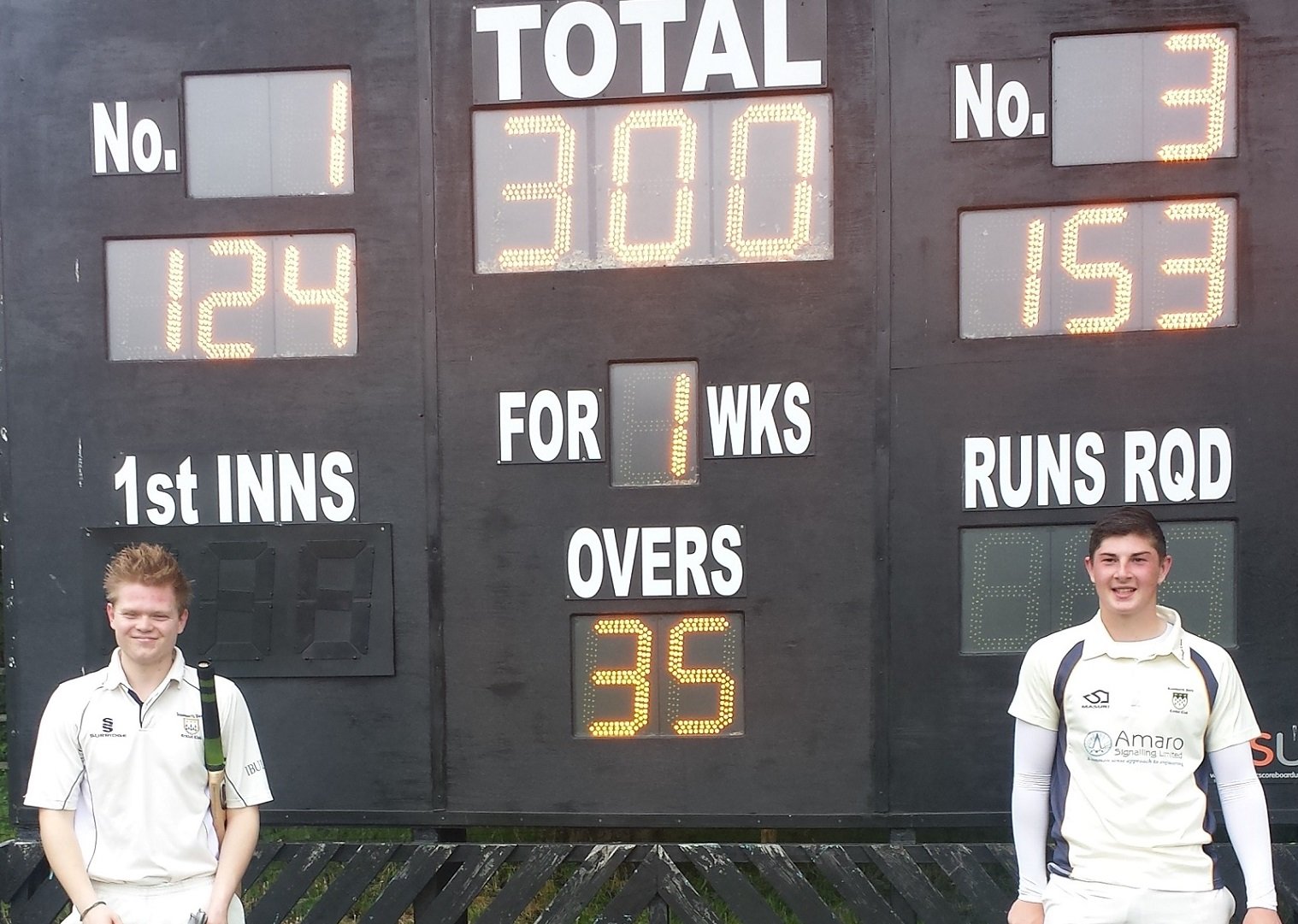 Awesome: Ollie, left, and Luke stand by the scoreboard after their record stand

In a week when the weather ruined the league programme and the Thirds were the only team to play, Ian Pickering’s all-round efforts (6-44 and 47) in a losing cause deserve an honourable mention. But that was blown out of the water by the incredible batting efforts of two of our brightest young talents, Luke Chapman and Ollie Pitts. The under-17s smashed a partnership of nearly 300 against Harrow-on-the-Hill, both completing their highest scores for the club. Ollie (124*) impressed with his excellent technique, while Luke was particularly savage on anything loose and cracked five maximums in his unbeten 153. Such was their display that skipper Eddie Large declared early in a limited overs match. An astonishing performance which will be talked about for some time to come.

Every week, the chairman will select the player who has produced the most exceptional cricketing performance of the weekend programme. It won’t necessarily be the highest scorer nor the bowler who has the best figures but someone who has produced that little bit of magic to win a game or turn a match around. We hope his or her team-mates join the celebration by paying for their (non-alcoholic) drinks at the bar.