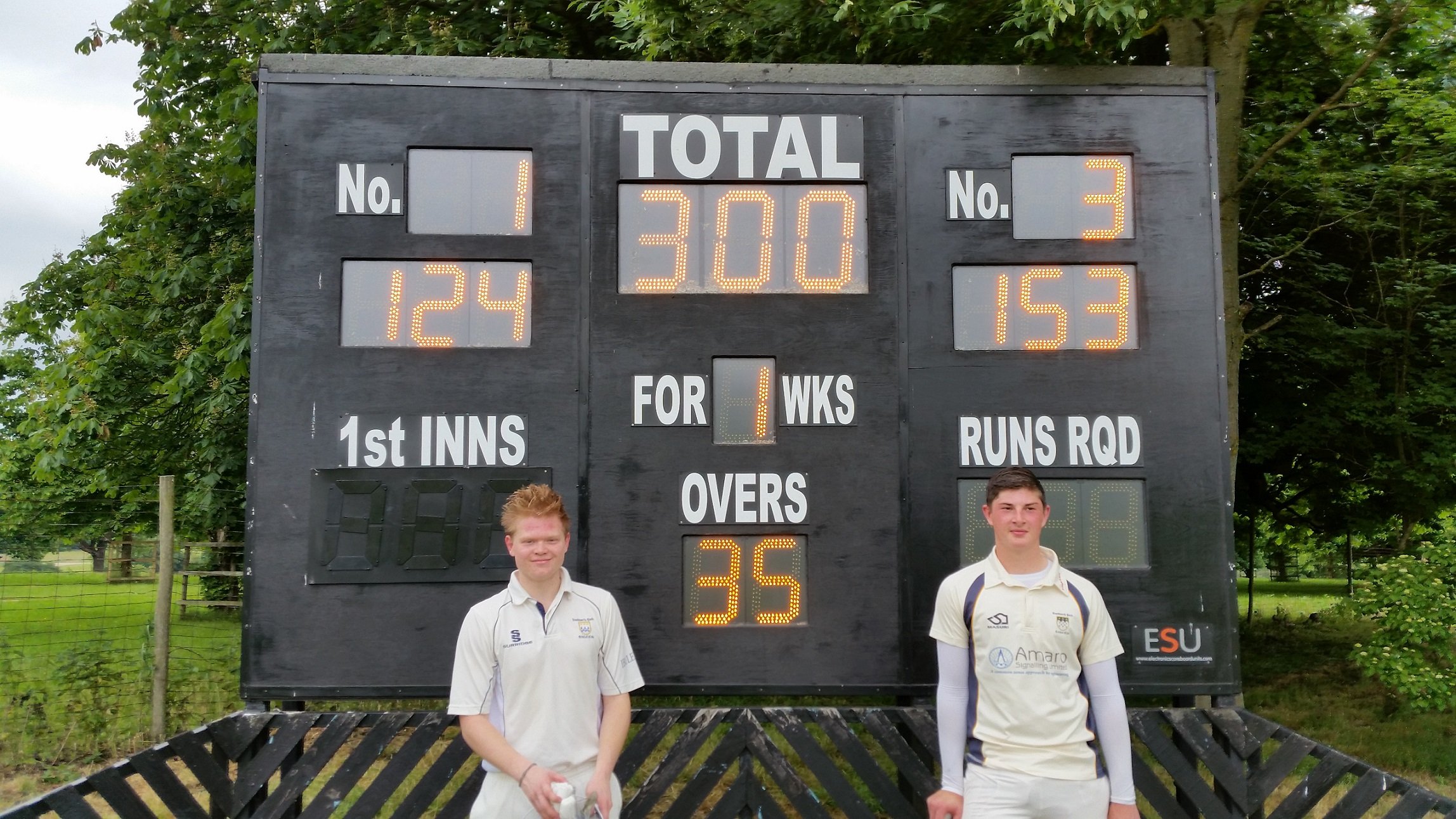 Record breakers: Ollie (left) and Luke pose by the scoreboard after their sensational stand

Teenagers Luke Chapman and Oliver Pitts smashed a club record partnership for the second wicket as they racked up 294 off 208 balls on Sunday.

Luke finished on 153 not out and Oliver hit an unbeaten 124 not out as they took the Sunday side past 300 against Harrow on the Hill, who beat the Park comfortably last year.

Ollie’s proud dad Neil said: ‘They’re terrific lads who spent over an hour before the game working with me on their batting, so it goes to show hard work does pay off.’

They were career best scores for both the under-17s. Ollie struck 13 fours and one six, while Luke, the new county under-17 captain, cleared the boundary five times and hit 19 fours.
Skipper Eddie Large ended the innings at 300 for 1, five overs early in the 40-over match.
With Mark Taylor (2 for 39) and Gareth Jones (1 for 29) the pick of the bowlers, the Park then restricted the visitors to 225 for 5, to win by 75 runs.
Category: NewsBy adminJune 14, 2015Leave a comment
Tags: chapmanharrowknebworth parkpitts