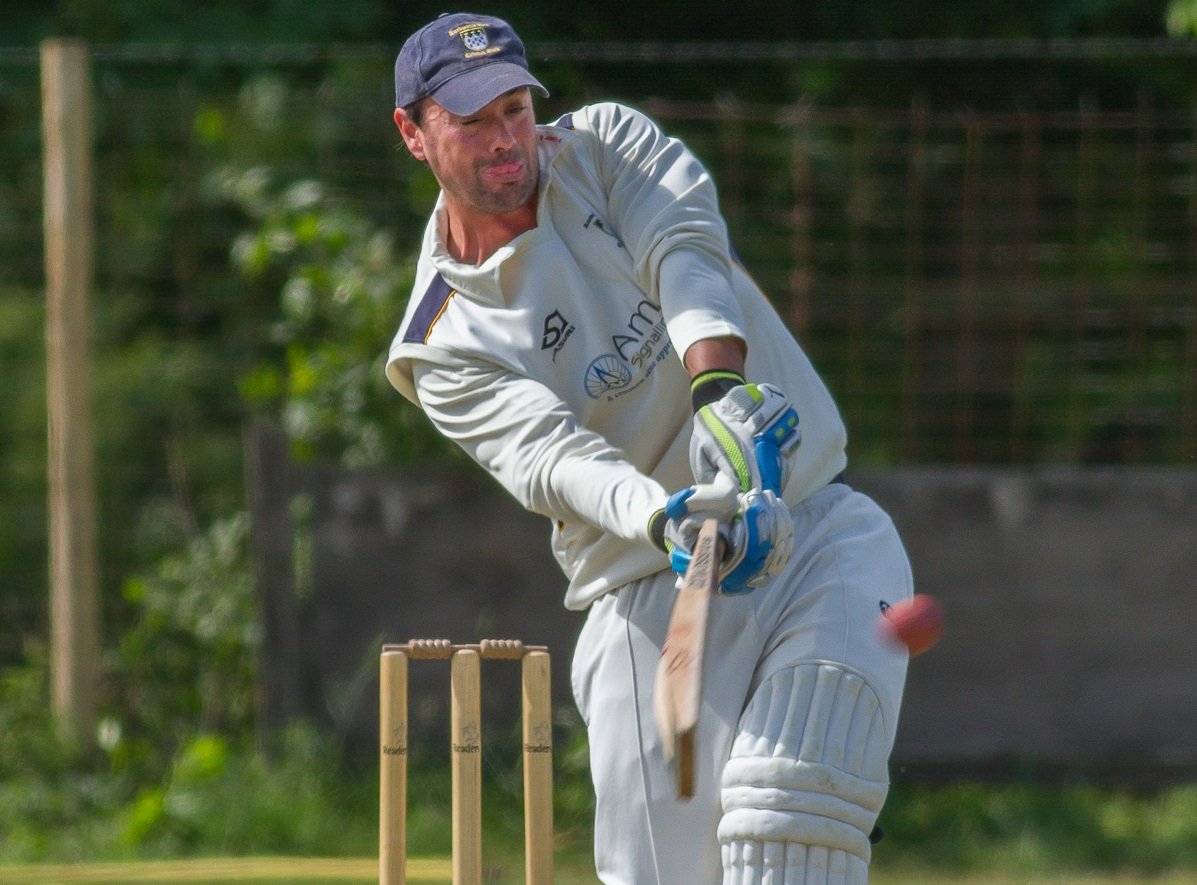 All-rounder: Guy Warman smashes another boundary on his way to a half-century before claiming four wickets with the ball PICTURE: MIKE JONES

Skipper Charlie Randall yet again won the toss and opted to bat against visitors St Margaretsbury on another hard wicket.

The innings started cautiously with a new opening pair of the returning Adrian Holmes and Josh Roseberry.

Unfortunately, Roseberry’s patience run out with the score on 17, bringing Tom Liversedge to the crease.

Consolidation was needed and that’s what the middle order produced allowing some free-flowing scoring later in the innings.

Holmes (71) and Adam Sergeant (51) led the way taking the score to 137 in 38 overs before Guy Warman made his mark in his first game for the Firsts this year. His clean stroke play (76*off 35) lifted the Park to 259, more runs than the combined score from all four previous league games.

Knebworth’s bowling could not have started any better as Sayf Khan continued his fine form removing the opener with the first delivery.

Warman shared the new ball and followed his impressive display with the bat by producing a consistent line and length taking 4-39 in his ten overs.

The opposition were already well off the pace, before falling further behind as Graham Fisher reeled off ten miserly overs for just eight runs.

Although some late hitting took the visitors’ total to a respectable 185, Matt Hutchinson’s late wickets made the mountain too hard to climb for St Maragretsbury, giving the Park a much-needed 30 points.