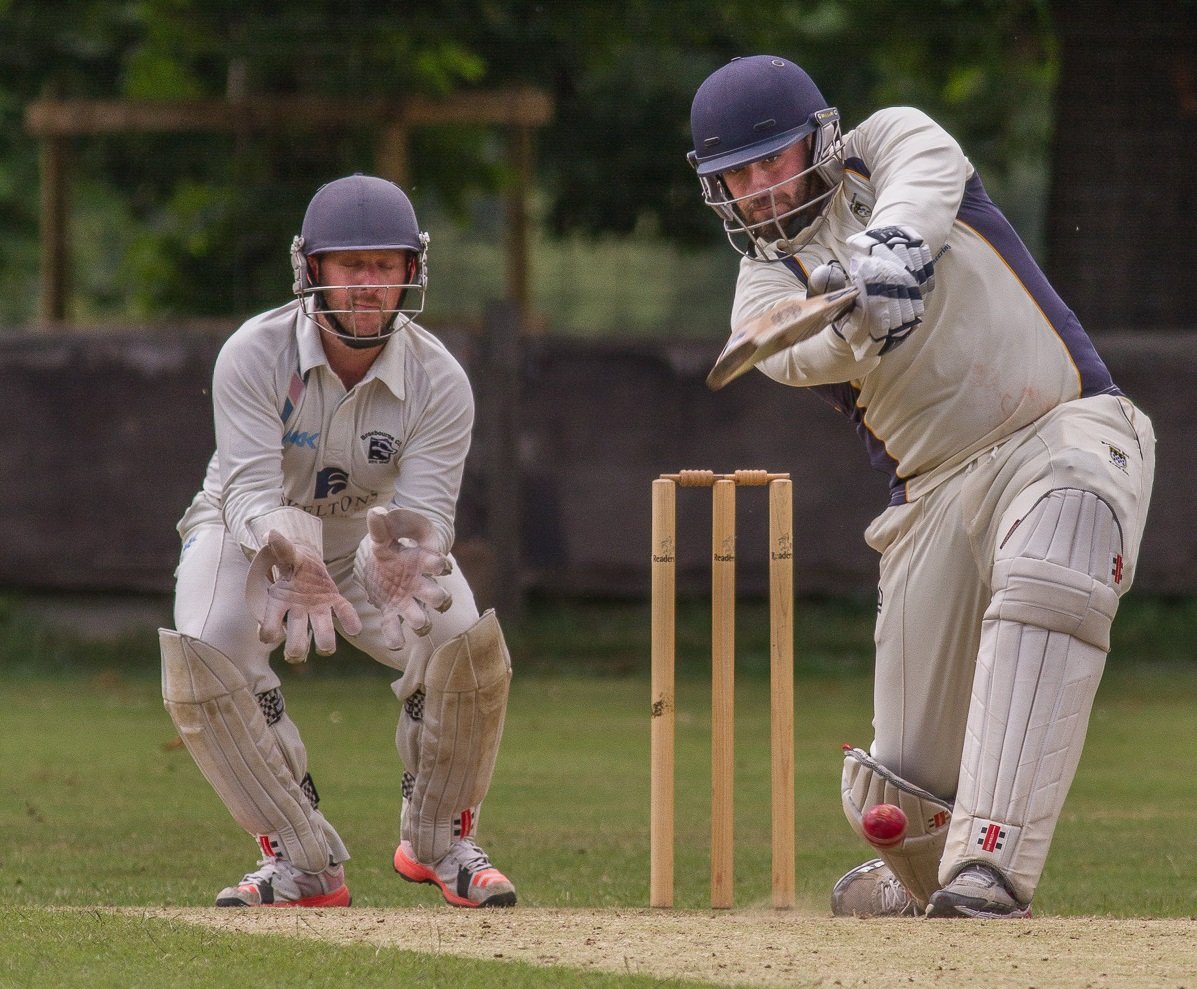 Back to form: Matt Hutchinson crashed four sixes on his way to a match-winning 83

Matt Hutchinson blasted a quickfire 83 to propel Knebworth Park into the quarter-finals of the County Trophy with a comprehensive victory over Broxbourne on Sunday.

The powerful all-rounder smacked nine fours and four sixes in his 59-ball innings as he bounced back to form in spectacular style.

His knock ensured the Park chased down the visitors’ score of 171 with eight wickets in hand and plenty of overs to spare.

It means Knebworth will face either Redbourne or Shenley in the next round to be played next month.

Earlier, Broxbourne won the toss and surprisingly elected to bat on a wicket which had been covered for two days.

Sayf Ali Khan (1-45) and Guy Warman (2-49) started the innings aggressively looking to make most use of the new ball.

Although going for runs, regular strikes put the opposition under pressure, leaving them 47-3 after the first six overs.

An early change was made by the captain which brought overseas player Sam Gardiner to the bowling crease in his first competitive game for a month following a shoulder injury.

Despite the lay-off, the off-spinner proved the pick of the bowlers, taking 4-13. Ross Courtney (2-22) also chipped in late disturbing the stumps twice as Broxbourne set the home side a below-par 172 to chase.

Hutchinson and Josh Roseberry’s opening stand of 92 all but confirmed a victory for the Park with a major collapse unlikely on a wicket that got better as the day went on.

Roseberry (18) provided a good foil for his opening partner who took to the Broxbourne attack with relish.

After Hutchinson was dismissed, Gardiner (26*) and Randall (23*) rubber-stamped a convincing eight-wicket victory.