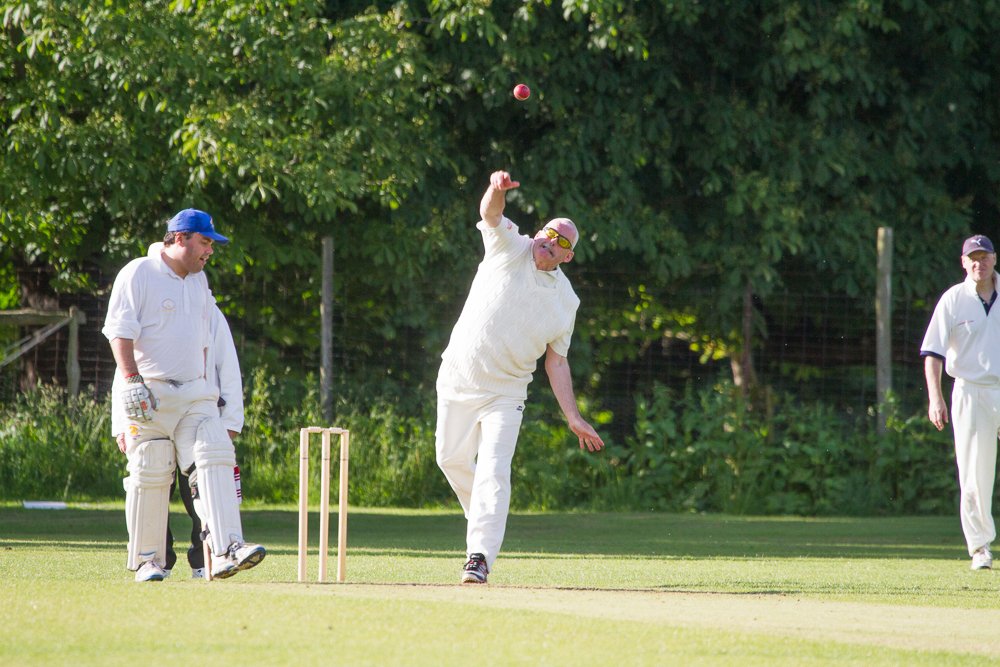 Canny: Graham Fisher followed up miserly figures on Saturday by claiming four wickets to snuff out any hope of a Cockfosters’ victory

The Firsts made it two wins out of two as they wrapped up an impressive County Cup victory against Cockfosters on  Sunday.

After a morale-boosting league win on Saturday, Charlie Randall stuck to the successful formula of batting first after winning the toss.

Adam Sergeant (80) and Guy Warman (65), who were both in the runs the day before, again starred for the Park.

This was backed up by contributions throughout the innings, along with Sayf Khan’s closer of 57 not out to post a compelling 316.

A positive start was needed by the visitors to have any chance in chasing the total.

After moving the score on to 52 at a run-a-ball, perhaps the Park started to quiver but a flurry of wickets, however, changed the game.

Graham Fisher (4-20) once again showed his class removing the top order. His guile was ably supported by Luke Chapman (2-26) and Ben Orchard (2-44) to dismiss Cockfosters for 185 helping Knebworth progress to the next round.