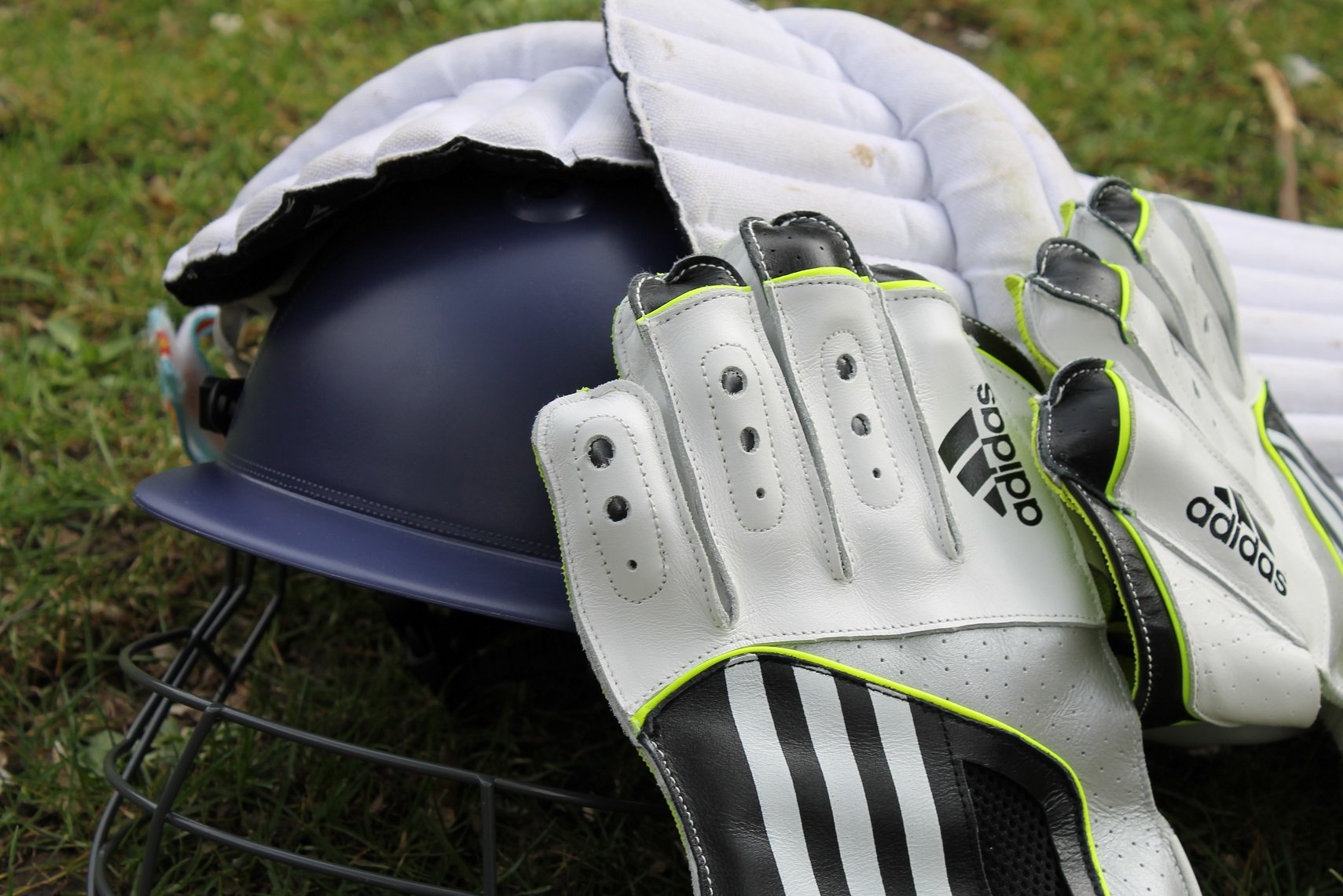 We couldn’t have asked for better conditions to kick off the 2015 HJL season: warm, sunny skies, a beautifully kept pitch with a nice dry, well-prepared wicket at Bishop’s Stortford CC. Perfect!

Captain Ollie lost the toss and we were put into bat. Josh and Spencer opened the innings and didn’t for a moment look like they hadn’t been at a crease for the past eight months or so.

Some nice strokes came and went and just as it looked like both boys were slotting into the groove, Josh was undone by a fine delivery into his middle stump.

Jack joined Spencer and the pair of them began to build a confident little partnership until Jack was caught with the score on 65 in the 14th.

With a few more runs needed to build a reasonably defendable score, Ollie tagged in with Spencer and the pair upped the scoring rate with some text-book on drives and square cuts to the boundary.

Spencer couldn’t have asked for a better start to the season, retiring on 32 with a quality performance and he was replaced by Dan, who – with about three overs to go – was tasked with helping Ollie push the score into three figures, which he did by clattering a couple of quick boundaries before being caught trying to clear the mid-off fielder.

Ollie, meanwhile, took Dan’s cue and proceeded to smash three boundaries to cow corner, the last of which nearly landed among the away parents’ camp. Hit it harder Ollie!

Tiny-but-mighty Kobe joined Ollie for the last over and the boys managed to push the score to 100-4 after our 20 overs, with Kobe running himself out on the last ball as he tore down the wicket for a second. Excellent effort!

Carrying on where he left off, young Kobe opened the bowling attack with Ollie. Both boys bowled good line and length, giving nothing away to the opposition.

First change bowlers Dan and Callum continued in the same vein but it wasn’t until Freddie came into the attack in the tenth before we struck our first wicket when he clean-bowled his opponent with a scorching delivery.

By this time, Bishop’s Stortford were well behind the scoring rate with 65 needed in the last ten overs to win.

Harry bowled really well, as did Spencer and Jack, backed-up by some very sharp fielding as the light began to fade.

Jack bagged our second wicket in the 18th with a quite outstanding catch from Spencer at cover.

Well done to the remaining Bishop’s Stortford opener who retired on 30 with the last ball of the innings. However, their score of 81-2 wasn’t enough and we won by 19 runs.

Special mention to Charlie who toiled away behind the stumps to produce a remarkable performance, none more so than towards the end of the innings where the light really was fading quite quickly. And without any spinners in the side today, it makes his efforts all the more amazing.