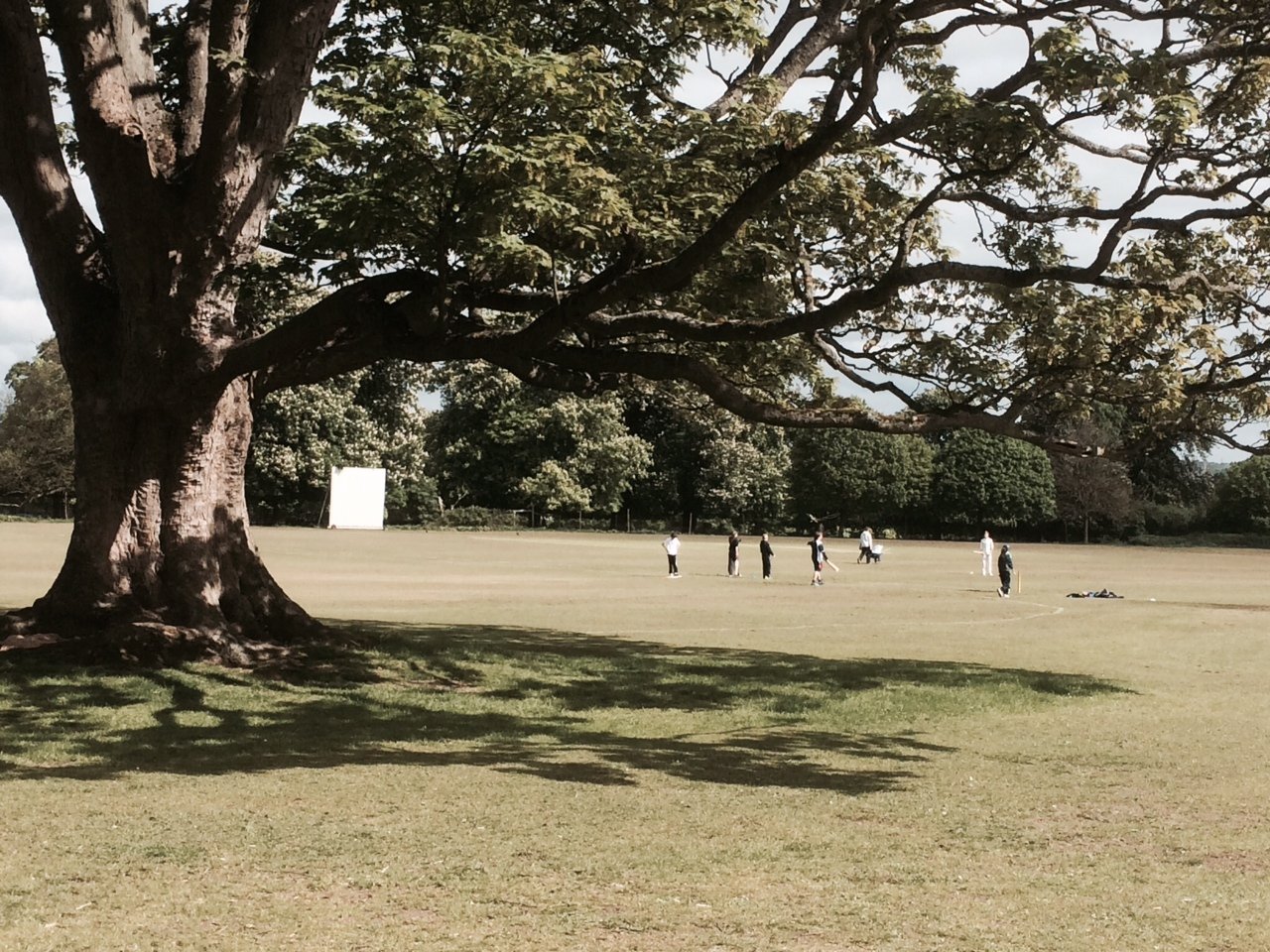 Our first home game of the season started under similar conditions to the first game at Bishop’s Stortford – warm sunshine and a light breeze. But it wasn’t to last…

Skipper Jack welcomed Hertford to the top pitch, where the visitors won the toss and elected to bat on a good-looking wicket.

Freddie and Jack opened the pace attack and the Hertford openers made steady progress until Jack made the breakthrough in the sixth (caught Ollie), with the score into the 20s.

Cal and Ollie were first change and, as if to maintain the symmetry, it wasn’t until the 12th over that Cal picked-up a couple of excellent wickets (bowled and caught Charlie), reducing the opposition to 46-3.

Spencer and Kobe were third change by which point Hertford were trying to push the run rate, but some quite outstanding fielding by the likes of Harry, Jack, Thomas and Spencer kept their run rate in check.

Tiny-but-mighty Kobe (a fantastic c&b) and his partner-in-crime Thomas (caught Josh) both chipped-in with a wicket apiece and debutant off-spinner Naveen picked-up a wicket (caught Ollie) in the 18th, restricting Hertford to 100-6 after 20 overs.

After a quick turnaround during the interval, we were keen to make a good start, especially with the temperature starting to fall away quite quickly as the sun receded behind the tall Knebworth House trees.

Josh and Spencer opened but some great bowing by Hertford’s opening pace attack saw both boys back in the shed with barely a run on the board.

Ollie and Jack then set about trying to build a partnership; both boys playing some text-book drives, leg-clips and cuts to all parts of the boundary.

Just as things were looking good, Ollie was well bowled in the ninth with the scoring just a little behind the required rate.

Young Harry and Kobe both helped Jack push on, where he soon retired following a quite outstanding captain’s innings. By this time however it was looking like we just weren’t going to get the runs, despite an encouraging tail-end cameo young between Thomas and Cal. We closed on 83-7 after 20.

Although we lost the game, it is worth emphasising the quality of our fielding.

Once again Charlie was sharp with the gloves. The catching was exemplarary and the extent to which we pressured the opposition with our fielding stops was nothing short of outstanding.

Every single one of you put your body on the line to stop runs, with Spencer and Thomas having to leave the field for running repairs!

Extraordinary. And long may it continue. Well done boys.