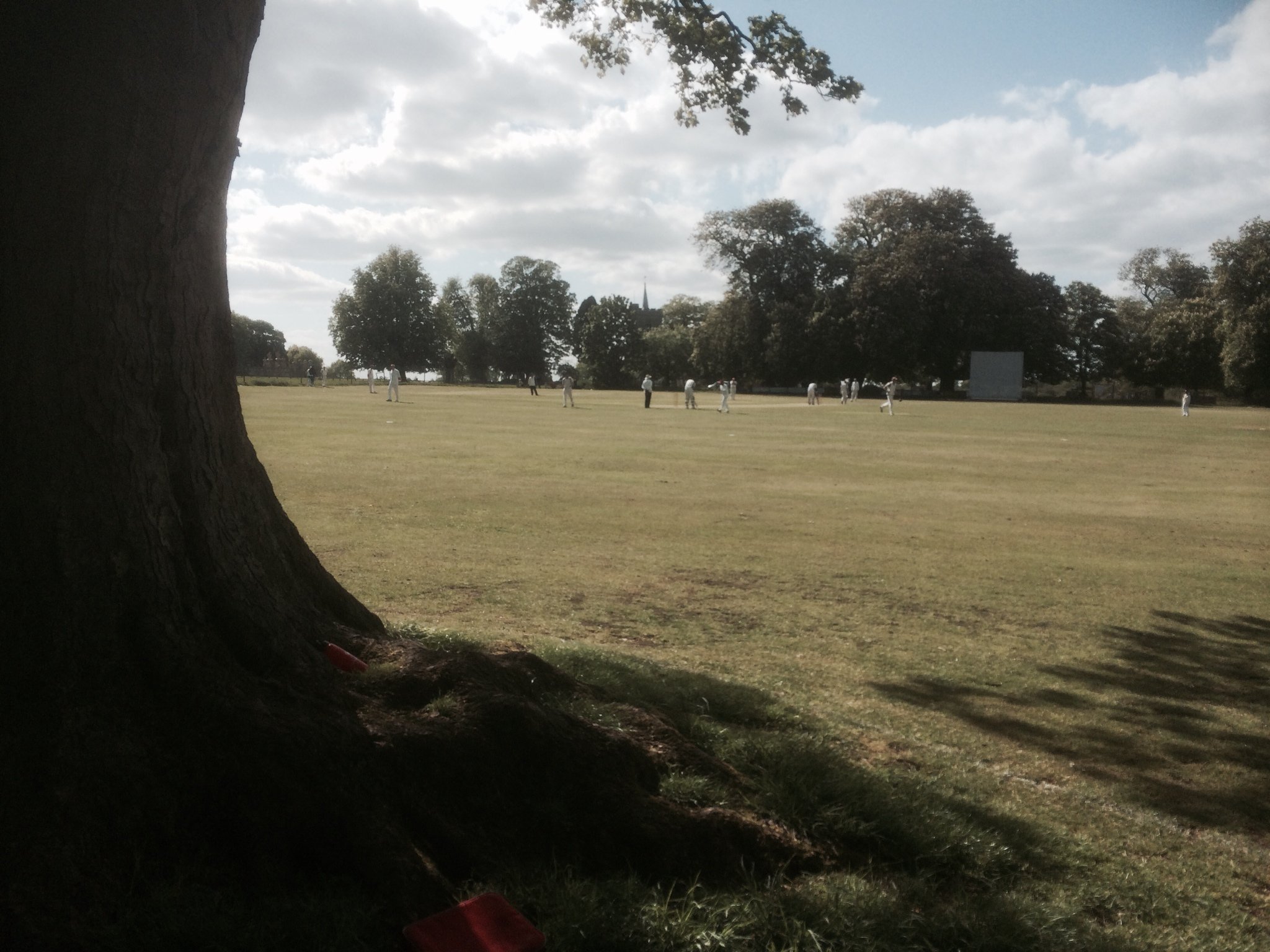 Compared with our last outing away at Broxbourne, conditions for our home fixture against Hoddesdon were positively tropical.

Skipper Ollie lost the toss and our visitors elected to bat on a decent looking wicket, on a warm and bright, but slightly breezy early summer evening.

Ollie gave the new ball to Jack and Kobie, who opened the seam attack.

The team couldn’t have hoped for a better start with Jack on fire from the start, clean bowling their reputed danger-man George for a wicket maiden in the first over.

And, despite being smashed for a couple of boundaries in his first over, Kobie maintained his composure, returning fire by removing the remaining opener in his second over.

Captain Ollie and Freddie were first change and while the boys weren’t able to make a breakthrough in the next six-over spell, they continued to squeeze in an increasing number of dot balls.

Freddie, however, was particularly unlucky to end his spell without reward given the line and hostility of his bowling!

And, as seems usual nowadays, the bowling performance would count for nothing were it not backed up by another outstanding fielding display.

Charlie again was tight behind the stumps; Will executed an excellent sliding stop to save three byes on the back of a quick but wicketless two-over spell from Dan; Nav and Harry along with debutante Angus all contributed to the pressure-building with some brilliant stops, all of course saving valuable runs.

Young Thomas, however, produced the best bowing performance of the day by taking the third wicket of the innings with his second ball and conceding just three runs, all of which were in his second over.

With six overs to go and with the visitors having racked-up just 59 runs, the Park hadn’t counted on an entertaining counter-attack by the new batsman, who seemed to delight at smashing anything and everything that was within range of his bat.

This – and the subsequent well-earned retirement of their No.4 batsman, consequently took the visitors’ score to a defendable 109-3 off their 20 overs.

Following a brief interval, it was time to have a go at chasing down the 110 runs needed to make it three league wins from four.

And, after a surprisingly nervy start where a good run-out opportunity was nearly offered to the visitors in the opening over, Jack and Kobie settled down and began to build a steady, composed reply.

Jack made yet another solid contribution of 21 runs before he was caught in the eighth over and, with Kobie continuing to hold steady at the other end, skipper Ollie clubbed three boundaries and a handful of singles before he was bowled by a very fine in-swinging delivery with the score moderately ahead of the required rate at 73 off just 13 overs.

Dan and Kobie pressed on, the latter eventually earning his maiden retirement with a couple of boundaries skillfully clipped off his pads down to the square leg boundary.

But the game wasn’t yet won. Freddie tagged-in with Dan and the boys set about completing the job with a handful of singles interspersed with the odd-boundary here and there.