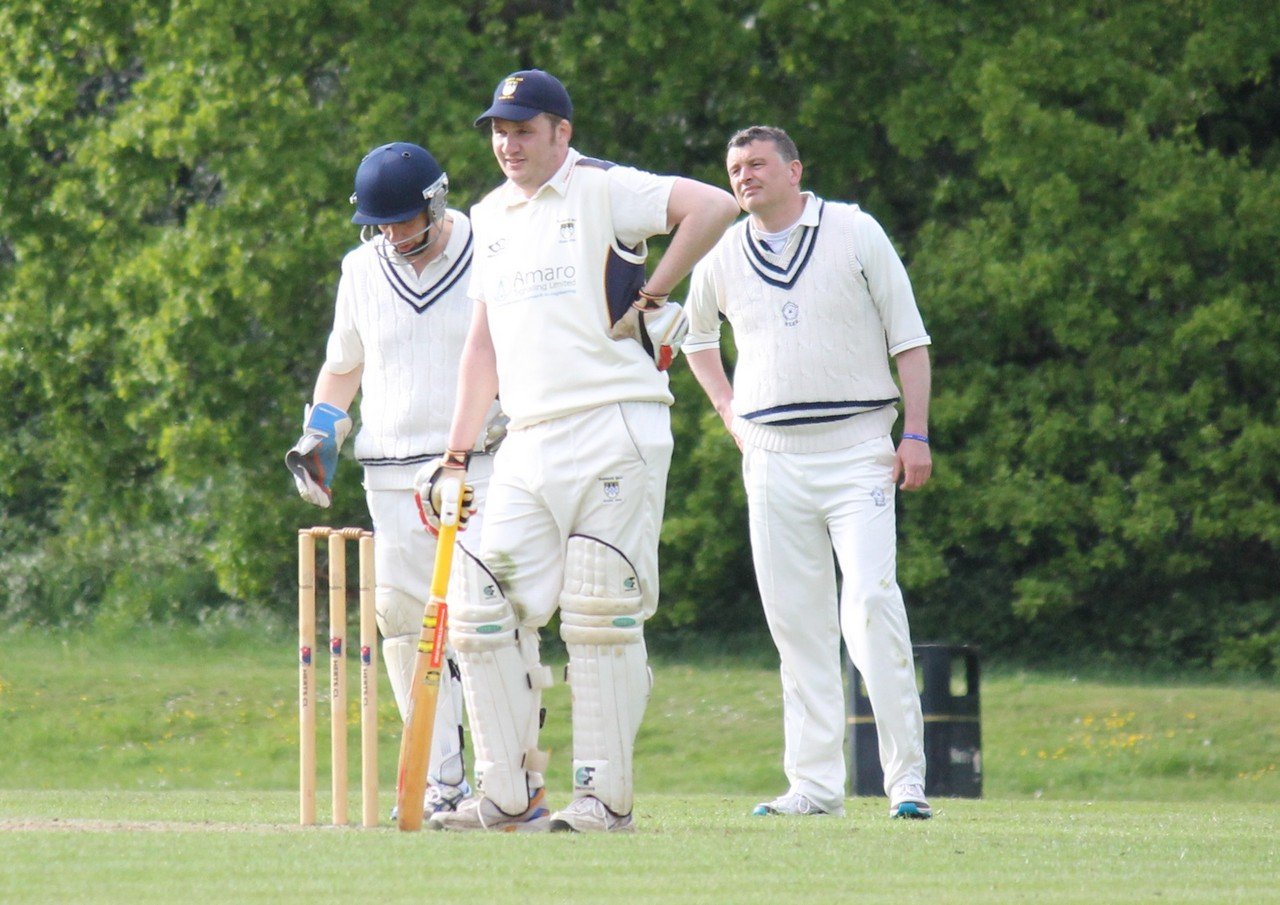 Relaxed: Ian Woods leans on his bat as he moves towards a fine half-century which set up a victory chance for the thirds

Sean Carmody’s depleted thirds were denied a morale-boosting victory in a last-over thriller as they opened their 2015 league campaign with an impressive all-round performance.

The side, down to ten men and shorn of first-choice seamers, responded superbly to take the game at Kings Langley to the final couple of balls in a game that was the perfect advertisement for the new-style winner-takes-all 50-over format.

They bowled and fielded superbly to restrict the home side to 212-8 despite a short boundary down the slope on one side of the pitch.

In a game which ebbed and flowed and challenged the tactical acumen of both captains as they juggled their bowling resources under the new ten-over restriction, Kings Langley elected to bat first.

But they were never allowed to get away completely, with the wickets shared evenly among the bowlers, including for Jono Evetts who, given a rare chance to turn his arm over, claimed his first league scalp.

Teenage spinner Harvey Turner was the pick of bowlers, taking 1-26 in ten excellent overs, while under-15 Archie Stephens claimed two wickets in two superb overs under pressure at the death.

In reply, the Park lost Dave Barwick early when he chopped on unluckily but the innings was rebuilt by Woods and Stephens, who played one of his most composed and assured innings at senior level before he was unluckily run out for 24.

Woods, who made 51, and Tom Hills, who timed the ball sweetly on his way to 32, kept the scoreboard ticking over well before Bobby Orlandi struck some solid blows as he made a useful 25.

But, after Carmody was superbly caught on the boundary, 28 were needed with two overs to go and one wicket left. Ian Pickering struck two sixes in three balls to leave just ten needed off the final over.

The equation came down to five off two balls as last man Matt Inman went for the a big hit and was bowled round his legs.

It was a superb game, played in good spirit, which showed just how much limited overs and bowling restrictions will shake-up the tired league format this season.

For thirds’ skipper Carmody it was a heartening performance against the odds with signs that he can build an impressive side around some talented young players.