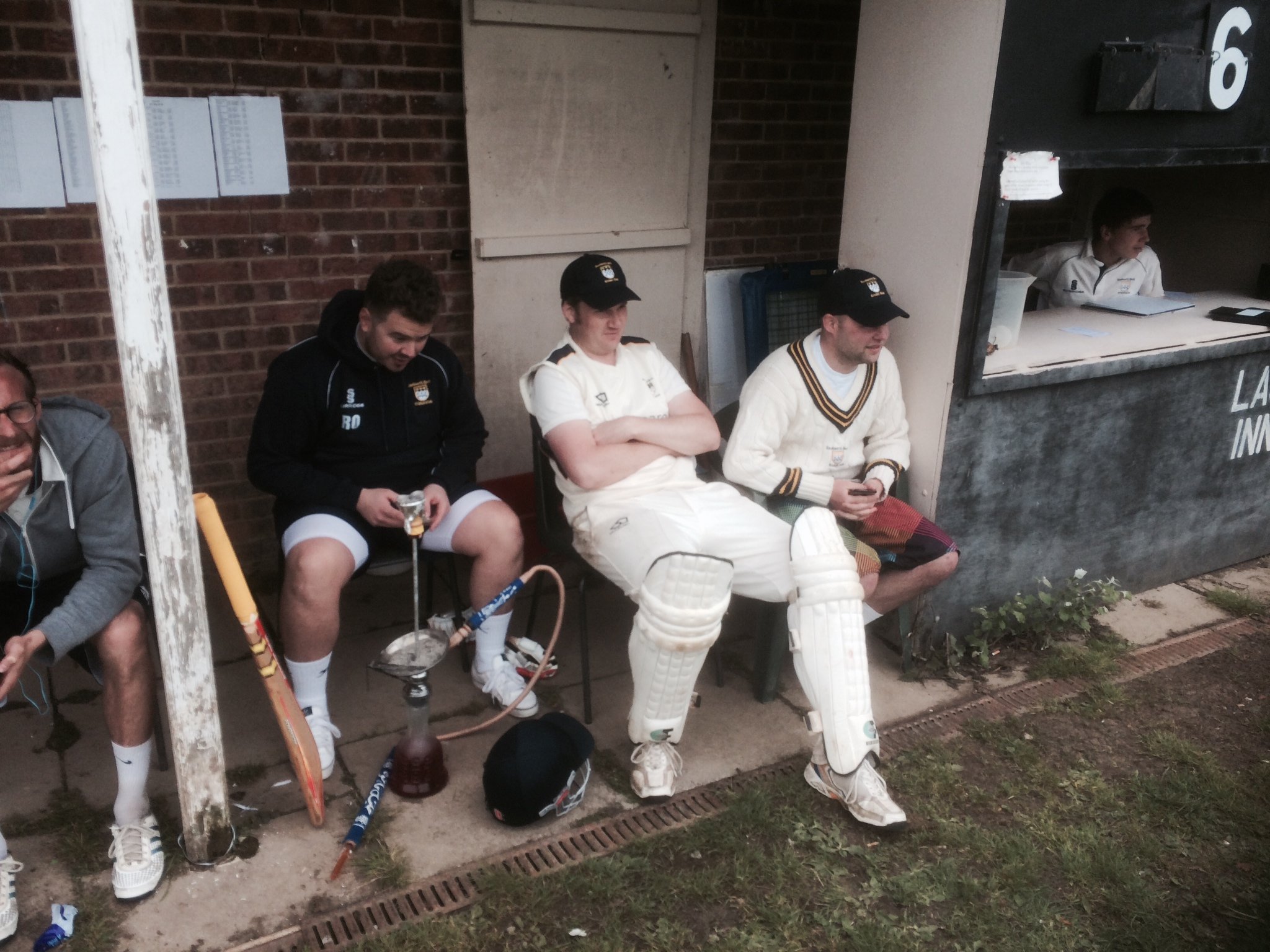 Gloomy: The Thirds were condemned to a big defeat at Parkfield and Headstone

Sometimes you just have to concede that the other team hit form and played better than you.

And so it was for the Thirds, who apart from a couple of dropped catches and fumbled run outs, did little wrong as they slid to a disappointing 134-run defeat away at Parkfield and Headstone on Saturday.

They were unable to curb the free-scoring Parkfield batsmen who piled up an imposing 266-7 in their 50 overs.

In reply, the Thirds were dismissed for 132 by a solid bowling unit who took wickets at crucial moments to derail the chase.

Parkfield won the toss and elected to bat and got off to a steady start before skipper Sean Carmody claimed the first wicket with an LBW.

By now, the skies had filled in, the drizzle was falling and Knebworth were condemned to bowling for the next 25 overs with a wet ball which skidded on nicely to the bat.

Harvey Turner was the pick of the attack, bowling with control and guile in his ten overs to claim three wickets for 40 runs.

At 167-5 and 174-6 there was every chance of keeping the total to reasonable proportions but the Parkfield No.8 heaved and carved his way to a half-century to take the asking rate to more than five an over.

In their reply, Knebworth got away to a solid start through Turner and Danny Digweed (20). But Turner (10) was harshly judged LBW, sparking a rush of three wickets.

Ian Woods and Ian Pickering rebuilt the innings without alarm through a half-century stand until a slightly frustrated Woods (21) looped the ball to cover attempting an ugly heave.

When Pickering (26) gave first slip catching practice trying to put away a wide short one, the game was slipping away.

Bobby Orlandi landed a couple of meaty blows but the tail subsided rapidly to the Parkfield spinners and Knebworth were all out in the 35th over.

It was a deflating result for Carmody’s men who appeared to be heading in the right direction with last week’s victory. But they also know they were beaten by one of the better sides in the league and who look like promotion contenders come the end of the season.