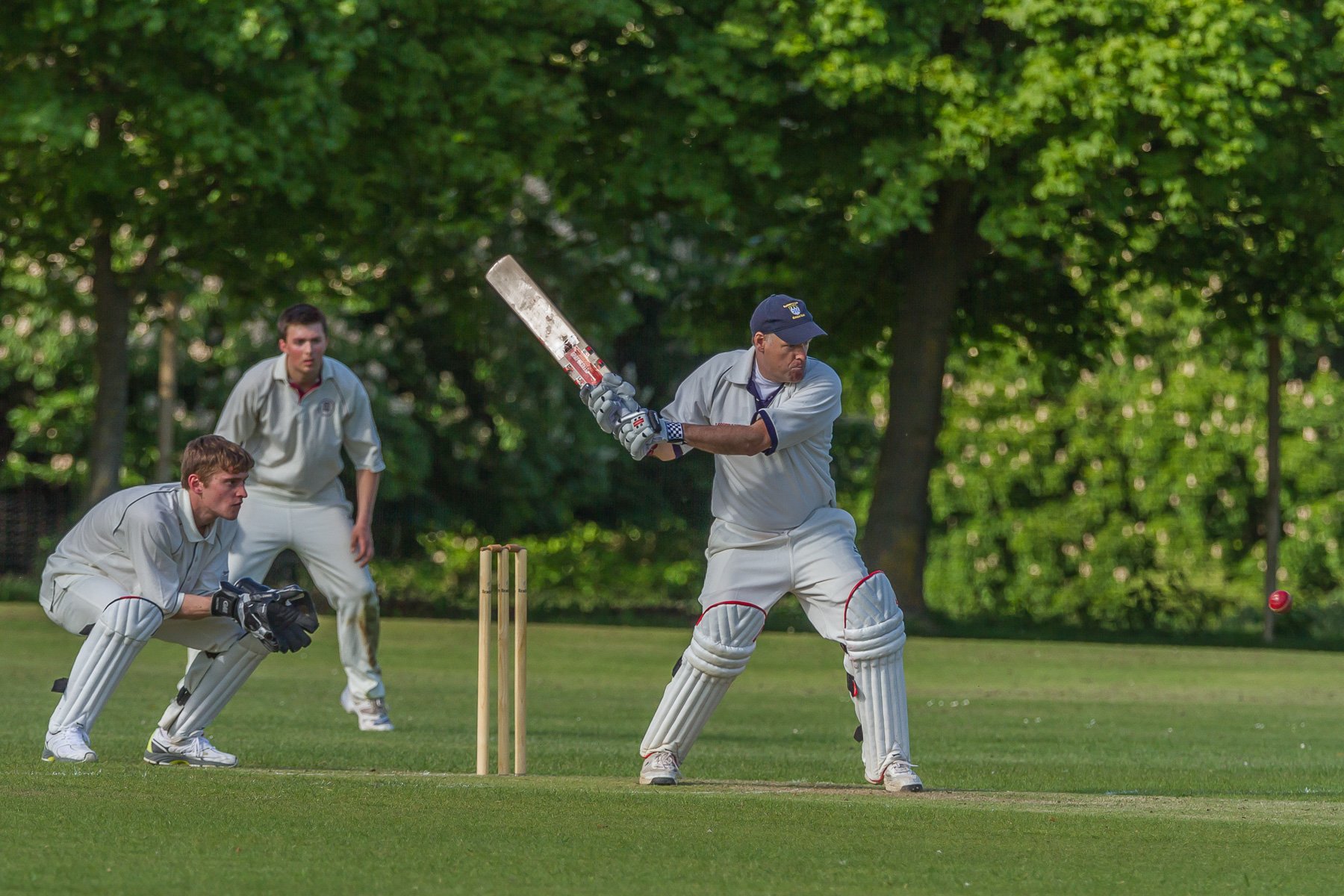 Hitting out: Ian Pickering goes on the attack during his match-winning stand with Harvey Turner
PICTURE: MIKE JONES

An unbroken century stand between Harvey Turner and Ian Pickering steered the Thirds to a comfortable victory against Wormley on Saturday.

Teenager Turner (48 not out) batted with great composure, battling hard with his more experienced partner, who finished on 61 not out, to see the job done.

They wore down the opposition bowlers, picking off the loose balls, in pursuit of their 158 target and got over the line with seven overs to spare.

The eight-wicket victory will further boost the side’s spirits after some heartening performances against the odds where the rewards have not quite come their way.

Earlier, captain Sean Carmody won the toss and inserted the visitors on a green-looking track.

In truth, there were few demons in the wicket which may not have been the prettiest thing but played well with even bounce.

Wormley were soon in trouble with Guy Johnston and Carmody, who bowled with pace and swing, claiming two wickets apiece.

With the visitors’ best player taking root at No.6, Carmody brought on under-15 Matt Inman and, as ever with a leg spinner, things began to happen.

First, uncertain calling led to a run out, as Turner hurled down the stumps at the bowler’s end with a brilliant throw from short fine leg.

Inman then claimed two more wickets, turning one across the batsman’s flat-footed prod, the second courtesy of a diving one-handed effort from Pickering.

Meanwhile, Ian Woods had snuck one through the gate to leave Wormley tottering at eight down still 20 runs or so shy of 100.

To their credit, the No.6 and No.10 rebuilt well, playing sensibly on their way to a half-century stand.

But Knebworth Park stuck at it, using eight bowlers to try to break through and the wicket came when Nick English trapped the No.6 in front on the back foot.

Pickering collected the last wicket as the No.11 attempted an ugly heave and was bowled.

In reply, Knebworth lost Tom Hills early; Woods and Turner played brightly before Woods popped one in the air of the young Wormley captain’s off-spin.

That brought in Pickering, who was given a huge let-off when a sitter was put down by the keeper while he was still on one.

With little scoreboard pressure and not much menace in the pitch or the visitors’ attack, the pair were able to build steadily.

As the bowlers tired, there were plenty of bad balls to put away, although the best shot of the day came when Turner leant sweetly on a full ball on his pads from the Wormley opening bowler and it raced away for four through mid-wicket.

A square cut for three sealed the victory at the end of the 43rd over in another game which, even in what proved to be a straightforward win, exemplified the far more entertaining and tactical nature of the 50-over format.