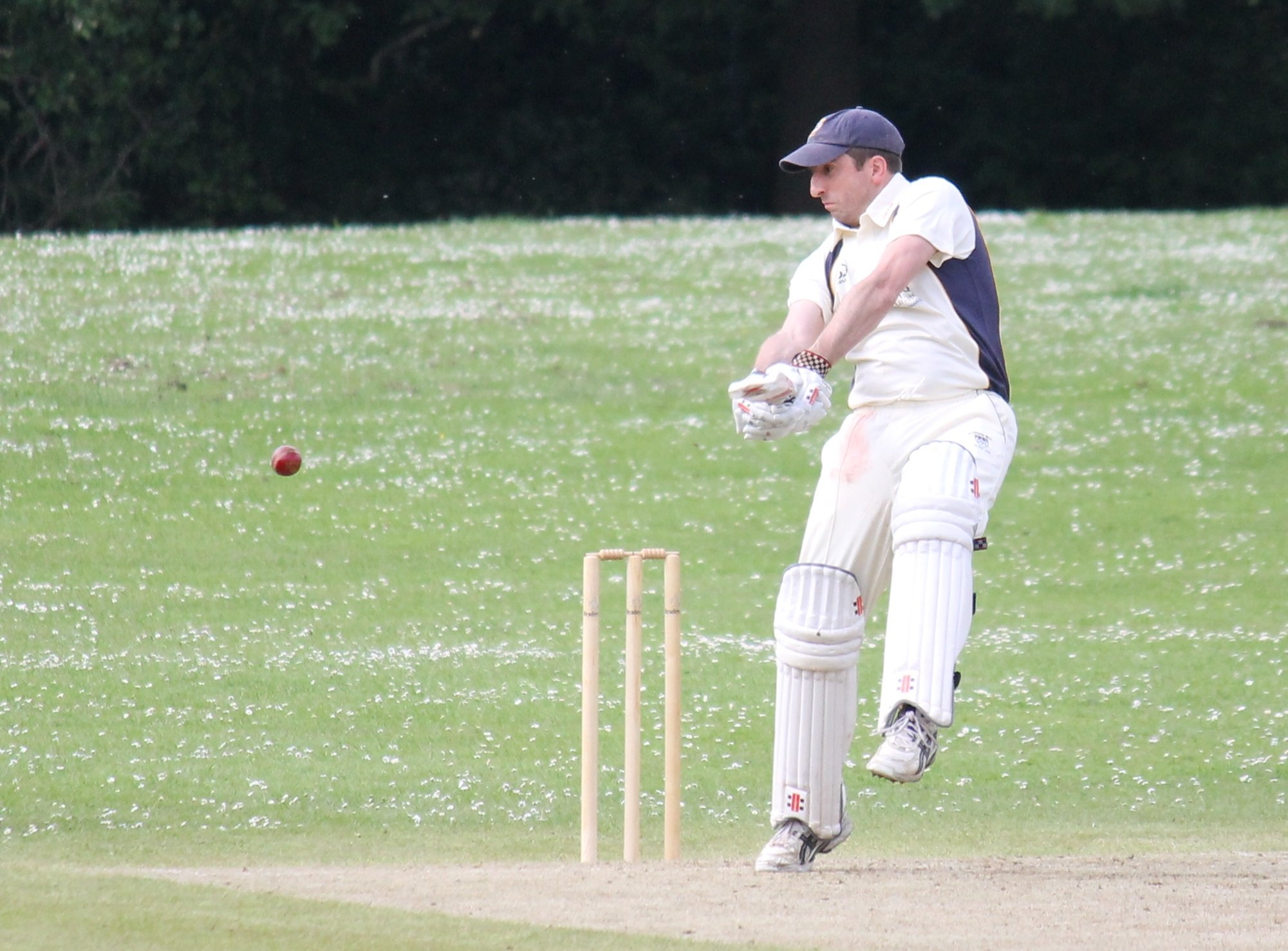 The Seconds bounced back from last weekend’s disappointing loss with a dogged win against Hertford II.

Seventeen dropped chances in their previous three games left skipper Guy Warman with clear points of improvement for his team going in to Saturday’s league match.

Although not a perfect exhibition of fielding, it was a marked improvement, dismissing the opposition for 179, which was a good 30 to 40 runs under par.

Park’s response started in excellent fashion with the new left- and right-hand opening combo of Ross Courtney and Shaun Robinson going at five an over until Courtney’s dismissal in the ninth over for a brisk 25.

Robinson’s followed in the next over for a less expansive and uncharacteristic 16 and the innings continued in fits and starts through the middle order with productive yet inconclusive totals for Warman (26) and Archie Stephens (14).

A questionable LBW dismissal of Stephens in the 21st over, left the innings at a precarious 92 for 5, with 88 still needed for the win.

With plenty of overs left to play the only real worry was the number of wickets in hand and only an over later Ed Wright (8) skied a leading edge to long-off.

This brought Orchard to the crease to partner Bret Painter for a match-winning partnership of 61.

Calmly and patiently the pair set about reducing the total required in targets of ten runs at a time, treating the Hertford attack with respect but punishing the bad ball.

When Orchard attempted one shot too many and fluffed a drive to extra cover for a solid 25, Painter was left to shepherd the tail for the remaining 20 runs required.

He finished unbeaten on 43, ending the match with a classy punch through mid-wicket for four to claim a well-deserved 30 points.

Hopefully, Warman’s side will maintain their improvement in the field for the remainder of the season and be pushing for promotion come September.

Click the link to see Mike Jones’ gallery of images from the game.