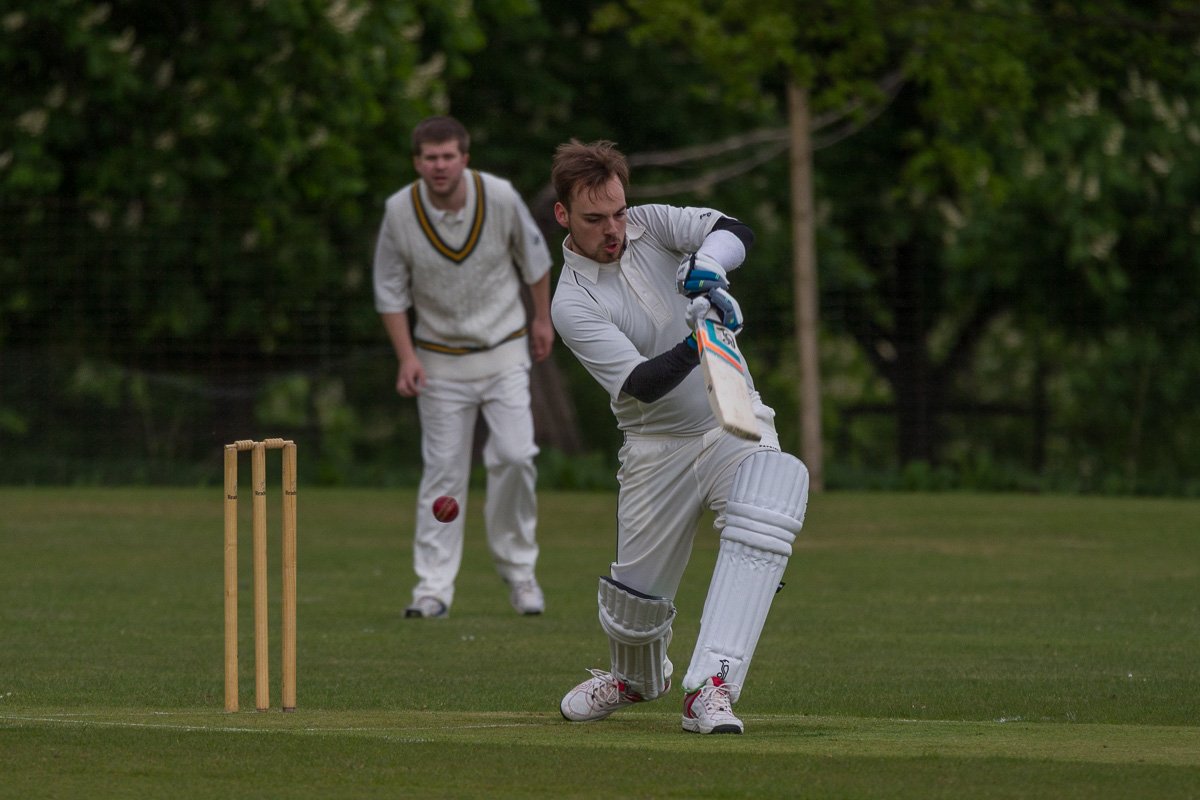 On the drive: Ryan Lewis in action for the Park as they were bundled out for just 65 PICTURE: MIKE JONES

The fourth’s just failed to pull off an amazing victory in a thrilling low-scoring game against Old Minchendians under the guise of Cockfosters IV in Saracens Herts League Division 9B.

There were no real gremlins on a green wicket but only three Park players made double figures, Joel Curtis top scoring with 13 in a meagre total of 65.

At 34 for 2 the visitors were edging home but runs were not coming freely before they dramatically slid to 37 for 6.

But, with the white line in sight, he was stumped off Joel Curtis, who followed up with two more wickets when they only three more runs were needed.

So, with nine wickets down and just two needed to win, the No.10 struck the ball backward of square leg, only for chairman Chris Johnson to let the side down as his best efforts failed to stop the ball – and the game was over, Old Michendenians winning by one wicket with 68 for 9.

See Mike Jones’s gallery of images from the game