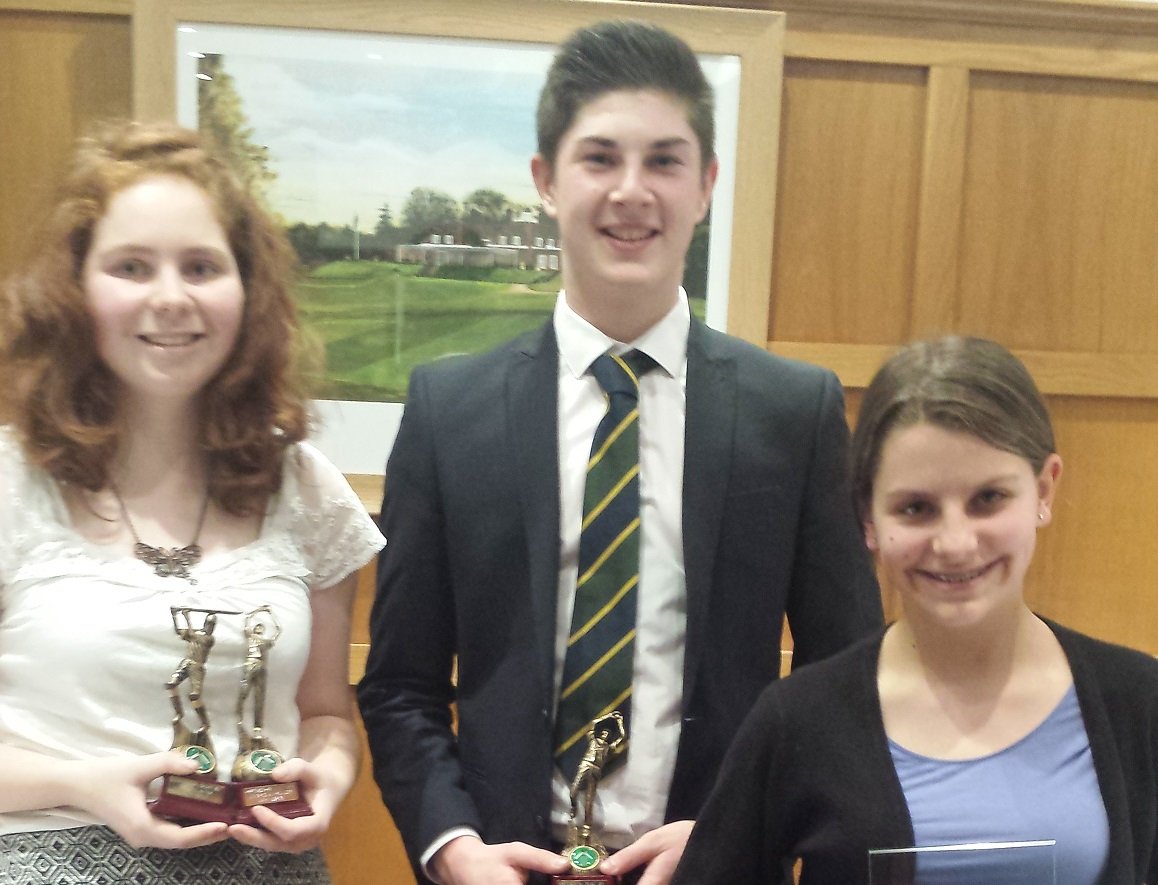 Three of Knebworth Park’s brightest young stars have been honoured for a season of cricketing success.

They were presented with their awards by the county’s men’s and women’s captains Nesan Jeyaratnam and Sarah Bartlett.

Kathy was handed two awards, one for the under-15 batter of the year and another as under-17 all-rounder. Her citation from coach Tom Fulk read: ‘Kathy was the top run scorer and second leading wicket taker [with best bowling of 4-18 vs Kent];  all this whilst being the captain and also the wicket keeper in the majority of games she played in!’

He also saluted her batting award, saying: ‘Kathy was top scorer in the under-17s with 251 runs in six games at an average of 50.2, and a high score of 74* not out against Northants.’

Herts finished on 111-6 vs Northants and, unfortunately for Kathy, she ran out of batting partners on the day as her side was reduced to seven batters in the second innings owing to illness, injury and absence.

Kathy, who is still only 15, has represented the Hertfordshire under-17 girls team for the past three years and has accumulated more than 500 runs with them over the past three seasons.

During the 2014 season Kathy passed a significant milestone of scoring more than 1,000 accumulated runs while representing the Hertfordshire girls teams.

Luke was named under-17 all-rounder of the year and was praised for his excellent season with many fine bowling performances, great fielding and for scoring some critical runs.

After Catherine was named under-13s player of the year, she received a surprise special award from president Alistair Buchanan for her brilliant century against Bucks – the first century by a junior female for Hertfordshire.

Her player of the year citation from under-13 coach Luke Heskett read: ‘Catherine had a great all round season scoring 320 runs at an average of 32 2nd only to Gemma Marriott and taking the most wickets with at an average of just 10.82. Her bowling was very effective and her ability to spin the ball with great control was a great asset for the team in the middle overs.

‘Catherine also made great strides with the bat this season taking a very positive approach to every innings she played. This culminated in her scoring a record breaking 116 against Bucks and in doing so becoming the only Hertfordshire lady on record to score a century.’

Attached is a gallery of pictures; with our winners in the pictures are under-13 batting award winner Gemma Marriott, Sarah Bartlett, Luke Heskett and Catherine’s father, county manager Jonathan.

Winners: Kathy, Luke and Catherine with their trophies