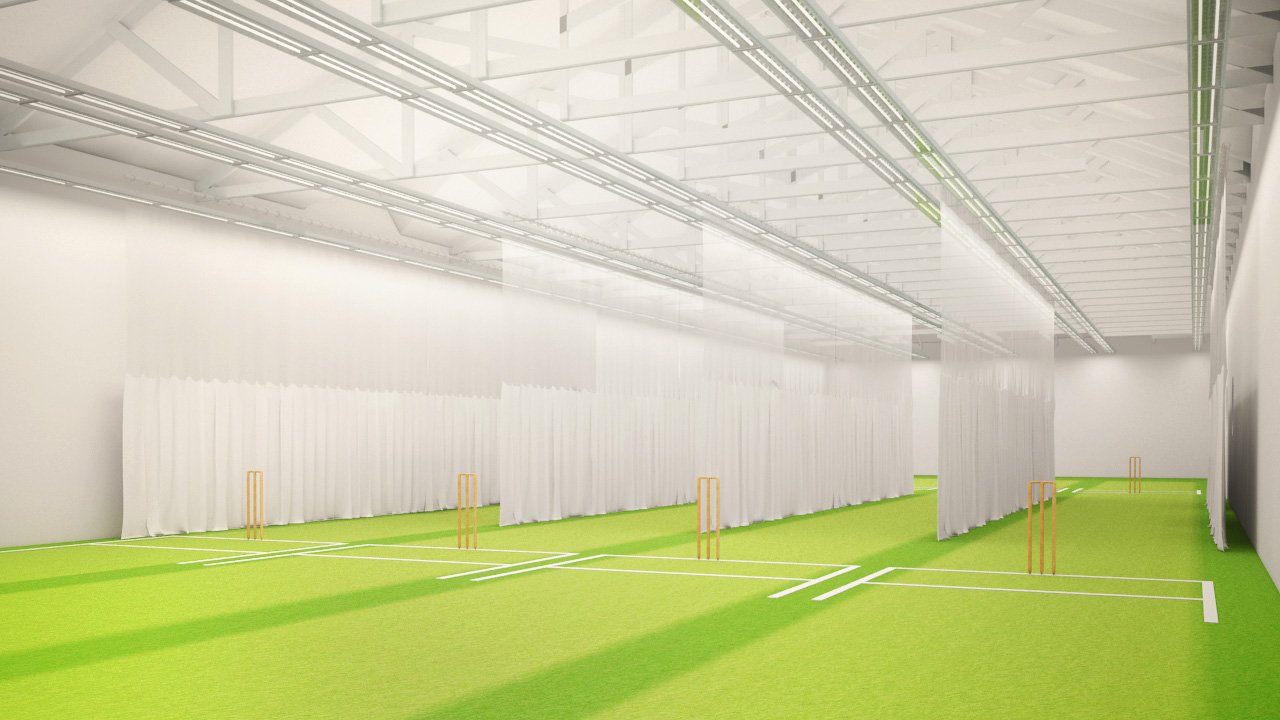 Think ahead to May… it’s slightly damp, you are blinking through the early season gloom and staring down the bumpy-looking pitch at a burly, snorting fast bowler pawing the ground like a thoroughbred stallion at the top of his extremely long run-up waiting to knock your block off with a Mitchell Johnson-style bouncer.

At this point, you ask yourself: ‘Why the hell  didn’t I go to at least a couple of nets to get my eye in before Chris Johnson asked me to play two teams above my true level because early season availability was a bit patchy?’

Hmmmm… well, if you don’t turn up to indoor nets you’ve only got yourself to blame if that fast bowler whacks you square on the bounce.

So… save yourself a little pain and get along to Knebworth’s indoor net sessions which resume after the Christmas break on Saturday.

Turn-out before the turkey and mince pie-fest was a little so-so, particularly among the seniors, who, after all, did not exactly set the cricket world alight last year and maybe should think of sharpening up a bit before the action starts at the end of April.

The sessions are held at Nobel School, which has great facilities; there are four nets and the bounce is much more like the typical Hertfordshire low-slow special that you will play on most weeks rather than Hatfield where even the slowest, loopiest leg spinner could get the ball bouncing head high off a full length. Try as hard as they might, Ross Courtney and Gareth Jones could not get the ball over hip height!

The sessions will run every Saturday right through to March 28 and cost a measly fiver or less if you pay in advance.

Juniors up to under-13 (year 8) run from 3.45pm to 4.45pm.  Under-14s to under-17s can train alongside the adults from 4.45pm to 5.45pm.
Junior chairman Russell Haggar said; ‘There’s plenty of space in the hall, with four lanes available to us.  This means we can group the kids according to the mix that turn up on the day, so feel free to come along and give it a go – it’s not just for the diehards!
‘Likewise, in the older age groups, for any players uncomfortable training alongside the first XI, we can use a separate lane where they can train just with other youngsters. We have the bowling machine there most weeks, so the kids can train against that as well as with their mates, and we have at least two (often four) ECB-qualified coaches there each week.
‘For the under-eights and under-nines, I’d be happy to run an Incrediball group, whether in a net or as a more free-form activity.  I’d need to know numbers to make sure we have enough coaches overall.  If anyone’s interested, either straightaway or later in the term, let me know and I’ll confirm back if there’s enough interest.
‘The children who came along in November and December really benefitted from the training, whether or not they’re involved in other cricket activities.  With the junior league starting in April, this is a great way to warm up before the season starts.  There is never much time for outdoor training before the first matches start in April.’
So, no excuses, drag the kit bag out of the damp corner of the garage, put a little linseed oil on the bat (if anyone actually does that any more) and head for Nobel School.
And if you really want to test yourself against a great big left arm fast bowler who can knock your block off with a bouncer, first XI skipper Charlie Randall will almost certainly be there…
Category: NewsBy adminJanuary 4, 20152 Comments
Tags: courtneyhaggarjonesnobelrandalltraining